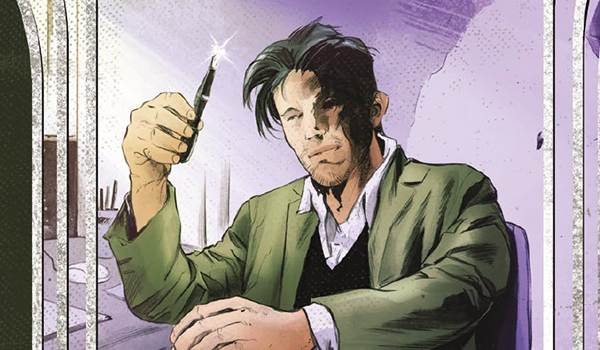 Oh Henry, what have you done?

Fearscape #3 continues to follow plagiarist Henry Henry as he must prevail through a series of trials that only the greatest Storyteller can defeat. The dear readers must watch as Henry continues to dig a deep hole for himself until there is nothing left but complete and utter destruction. Ryan O’Sullivan treats us to an absolute train-wreck known as Henry’s life.

Henry has decided to publish renown author Arthur Proctor’s latest novel under his own name, arguing that Proctor had written everything as Henry would have. However, the book has met minimal success and, to top it all off, his editor has caught on to Henry’s charade. In an attempt to justify his actions, Henry comes face to face with The Greatest Fear, the final challenge the Storyteller must defeat. 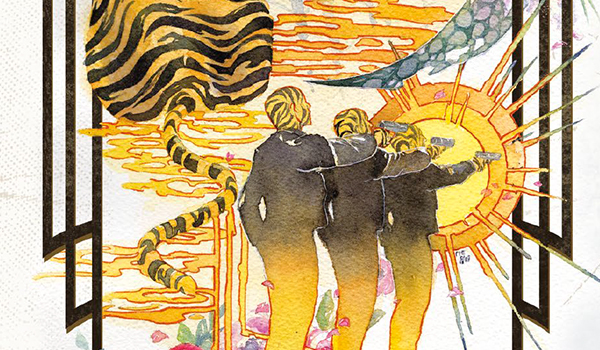 Everything that can go wrong, goes wrong in this issue. Henry’s self-destructive nature is in full force, leading to decisions and actions that have dire consequences. Yet he continues to defend his actions no matter how terrible they are. Larger forces are also at play here and Henry is quickly running out of allies. It is only a matter of time before the world will be thrown into chaos. This is not your typical hero’s journey and we may just be watching Henry’s decent as he becomes the villain of his own story.

As always, the artwork of Fearscape #3 is superb. Andrea Mutti manages to make the normal world just as interesting as The Fearscape. There is one particular moment that is composed absolutely beautifully. We won’t mention it specifically here due to spoilers but you will know when you come across it. Everything about this moment is perfect from character expressions to pacing to colour. This is definitely the highlight of this issue both in terms of art and story.

We have mentioned this in previous reviews but it is utterly fascinating how bad of a person Henry is. There is no remorse for his actions, no sympathy towards others. It is impossible to find a good character trait from him. Even characters such as The Greatest Fear are more likable than Henry. Dear reader, following Henry is a daunting task. Whether or not it will be worth it remains to be seen. But this story is an interesting one that continues to pull its readers in with every page. The story and artwork is unique and while the protagonist is an absolute ass, it is definitely worth a read.

The story will undoubtedly continue to go downhill from here, dear readers. It will not be for the faint of heart. The question is, are you up for the challenge? Can you continue to follow our hero as he descends further and further into the darkness? There may be no way out once you’ve gone too far.

You can purchase Fearscape #3 here! Have you had a chance to read this series? Let us know in the comments below or send us your thoughts on Facebook or Twitter!