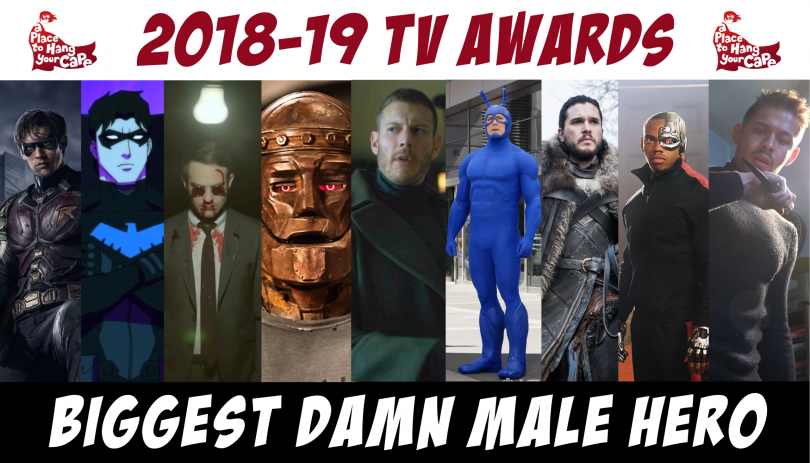 One of the many great things about having an abundance of superhero TV shows is being blessed with a multitude of male badasses to enjoy watching kick ass. This year’s delivered the goods in spectacular style as we enjoyed seeing the likes of Dick Grayson, Robotman Luther and… The Tick? Vote below for your favourite biggest damn male hero! 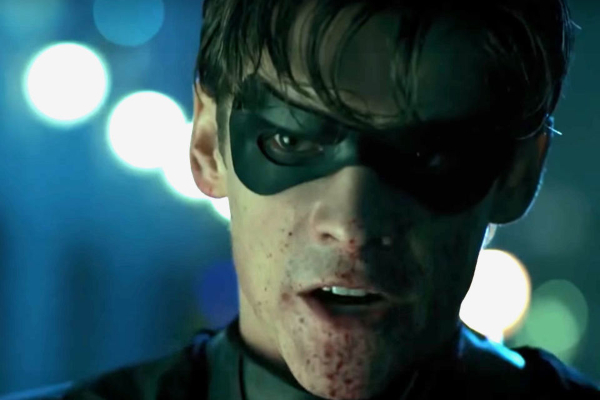 “Fuck Batman” is all we knew about this hero before the show started in those horribly edited trailers. Now that we know the context behind that statement, it makes a lot more sense. Dick is making his own path to being a hero, despite him believing he’s the world’s best edge lord. He’s an edge lord with a heart, walking in Batman’s footsteps by essentially adopting Rachel and Gar. 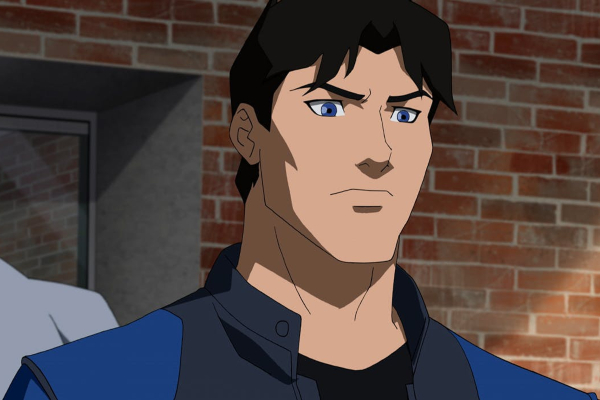 He says he doesn’t want to be the mentor Batman was to him, but of course he can’t help himself when it comes to these new kids. He’s gathered a new generation of heroes, and of course kicks ass while doing it. 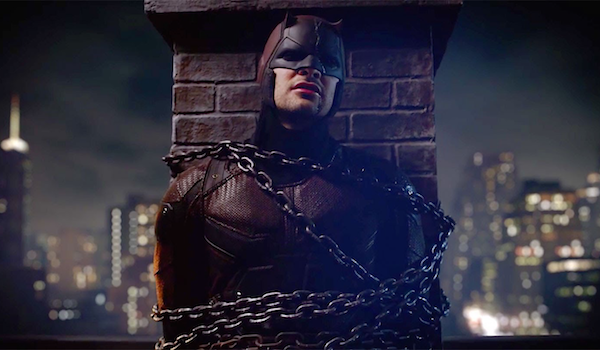 Sometimes, all it takes to be a hero is to keep getting back up and refusing to let the other guy win. Daredevil is the epitome of this. He always gets back up, gets back in the fight. This season saw him facing his most dangerous opponent yet – not just in Bullseye but in himself. But he managed to overcome his internal struggles and find a way to stay on the right side of justice. 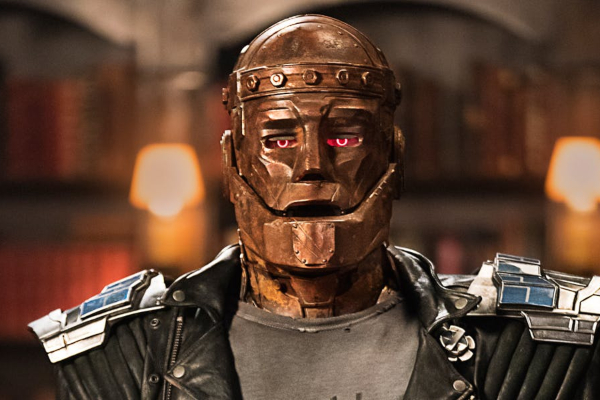 Between rat-induced meltdowns and swearing tirades, Cliff Steele is trying his damn best to be a hero. He’s the first character who wants to go save the Chief, he protects Jane in the best way he knows how, and at least tries to actually help everyone with their mental health problems. He’s trying to make up for the mistakes he made as a husband and father before the accident, and he’s doing it one “fuck!” at a time. 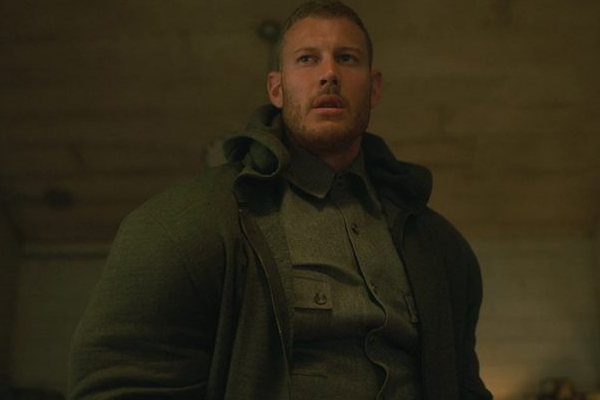 Quite literally a big damn hero, Luther spent years on the moon just because he was told it would help people on Earth. He’s struggling to find an identity after his father died, but one identity can never change. He’s a hero through and through. 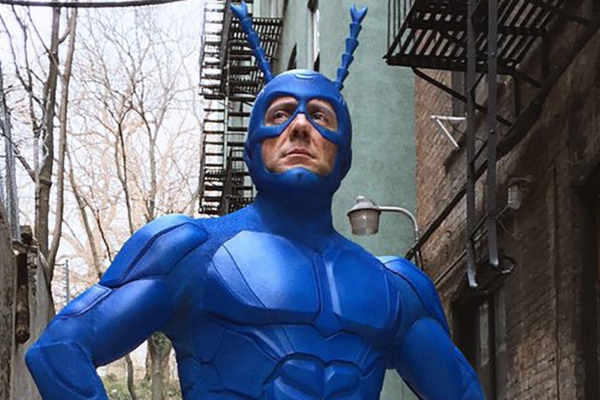 When it comes to heroes, they don’t get any damn bigger than the Tick. Heroing is all he does, following his destiny from mission to mission. He is the embodiment of the big hero rushing in to save the day – often without checking to see what exactly it is he’s rushing into first or even if anyone actually requires saving. 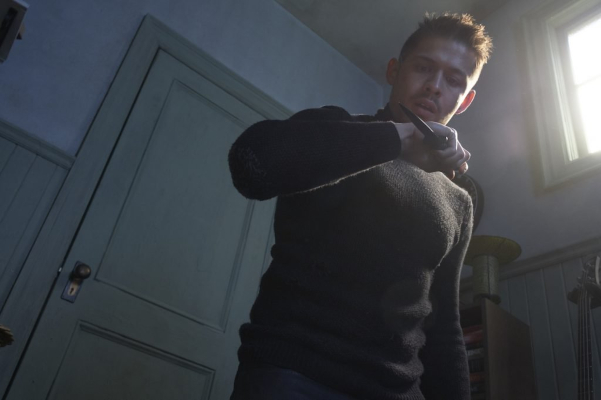 His power? Knives. That’s it. He throws knives good, but that only makes him the perfect Batman-esque vigilante. He’s the one who kept on doing the hero thing while everyone else moved on, and while he plays up a hard exterior, he’s got a big heart that bleeds for Grace and innocent people.

Jon Snow’s big damn hero moment was when he decided to kill the woman he loved for the greater good. In the burned throne room where the Iron Throne sat, Jon and Dany spoke and no one expected Jon kill Dany so abruptly. Tragic in its own right, it was proof of Jon’s character throughout the series. 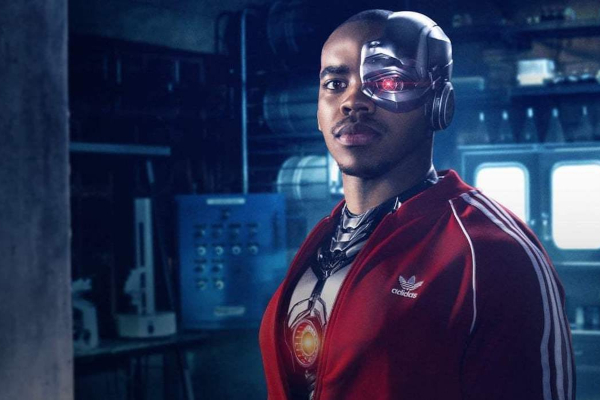 Victor Stone started the season as an established hero. He’s on his way to Justice League membership, he’s messing with bad guys and saving women from muggers. By the end of the season, his entire idea of what it means to be a hero crumbles around him, and is rebuilt, much like his own body. He turns the other characters into heroes by just being an epic force for good.