Home » The Black Knight in the MCU: The Eternals, Celestials and King Arthur 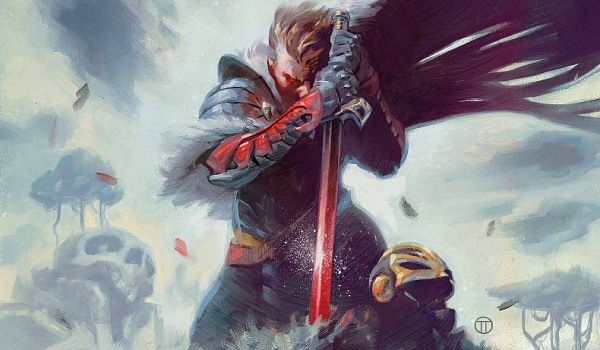 Kit Harrington has been cast as the Black Knight in the The Eternals. The MCU is now reaching in the barrel of their large character library that many casual fans might not know who they are and what their purpose is in the overall story. There are several questions to be answered.

Who is the Black Knight? Who are the Eternals? What do the Celestials have to do with it? And where does Arthurian legend fit into all this?

The second Black Knight was Nathan Garrett. He was the descendant of the original Black Knight, but he was a super-villain, having found the grave of his ancestor and took the Ebony Blade as his own. As an enemy of the Avengers, he had battled against Ant-Man and the Wasp initially. Eventually joining the super-villain group the Masters of Evil, Garrett came face-to-face with the Avengers and eventually Iron Man dealt him a mortal wound.

This is where the third Black Knight comes in.

The modern day, third Black Knight is Dane Whitman, the descendant of the original and the nephew of the second.  Dane Whitman is the character that Harrington will be playing in The Eternals. The comic book history of Dane Whitman as the Black Knight is actually quite varied. He had been an active Avenger, a member of the Defenders and Heroes for Hire, and various other hero teams. Originally a non-powered human, it changed over time, back and forth. He’s also one of the best swordsmen and horsemen in Marvel.

The Black Knight being in the MCU means that the entirety of the King Arthur legends, including the bad guys and good guys will be most likely confirmed as actually have happened.  This makes way for the mystical villains of Mordred and Morgan Le Fey or known wizard Merlin to make appearances in other properties (here’s looking at Doctor Strange).  The Black Knight might be a breakout character in the MCU, but we’ll have to wait and see.

But I hear you ask, what does the Black Knight have to do with the Eternals?

For example, Ikaris (Richard Madden) is not only the father of Greek mythology’s Icarus but also the dove that supposedly guided Noah to the Mountains of Ararat. Another example is Sersi (Gemma Chan). Sersi’s life inspired Homer, when writing the Odyssey, to create the enchantress Circe.  In addition, she also fought alongside Merlin against an imposter in King Arthur’s Court and alongside Thor in the Viking Siege of Paris. Then there’s Gilgamesh, and he’s self-explanatory.

And now back to it why (maybe) the Black Knight is in The Eternals. The Black Knight is not an Eternal as far as the comics are concerned. Sersi and Dane Whitman are each other’s love interest as the legacy of the Black Knight intersects with Sersi’s past. Here’s hoping for a not-so-terrible love story, if any at all.  (Please, God, no).

However, we have more than a year before we find out more about The Eternals and long-before any trailer drops, so we’ll have to wait and see what the Black Knight’s role will be ultimately.

Anybody actually excited for the Eternals? There’s representation at least. Sound off in the comments or send us your thoughts on Facebook or Twitter!