Home » The Exchange #1 is a Wacky Ride From Start to Finish! 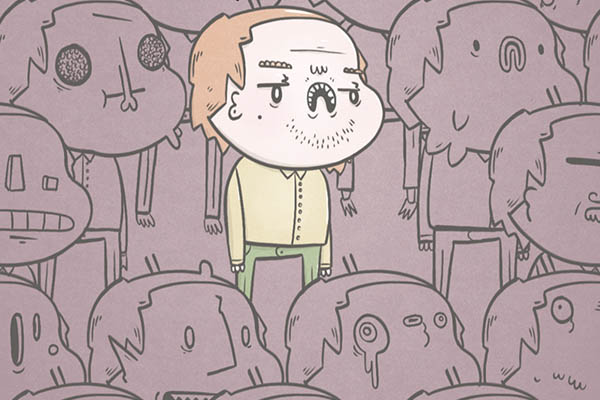 The Exchange is a strange comic, to say the least. Our protagonist is pretty straightforward: Clive, a teacher in his thirties who still lives with his mom, has a ton of debt from school, and feels completely and utterly inadequate. So when he sees an advertisement for a teacher exchange program online, he is keen to sign up. Little does he know the strange world he is about to enter.

It’s this other world that makes this comic completely bonkers. Old Queensdock possesses an array of strange creatures most of which resemble characters you might find in Adventure Time or Star vs. The Forces of Evil. It’s clear these creatures are up to something sinister but what those nefarious plots are has yet to be revealed. We get a glimpse as to what would happen when the citizens of Old Queensdock and the real world collide at the end of the issue but the hilarity that is sure to ensue in issue #2 promises to be even better.

Sambrook and Jones are able to create a protagonist that has just the right amount of sympathy yet is also pathetic enough for the sake of comedy. Clive is someone readers can relate to, to an extent. He’s essentially stuck in a job that is not very rewarding, has piles of debt, and is constantly being chastised by his mother no matter what he does. Like most millennials, he’s a bit stuck in the past and enjoys watching an endless amount of cat videos. Yet, at the same time, he’s also clearly self-centered and not afraid to play the victim card every once in a while. His oblivious nature (in part due to his desperation) is the perfect foil for whatever is about to come. 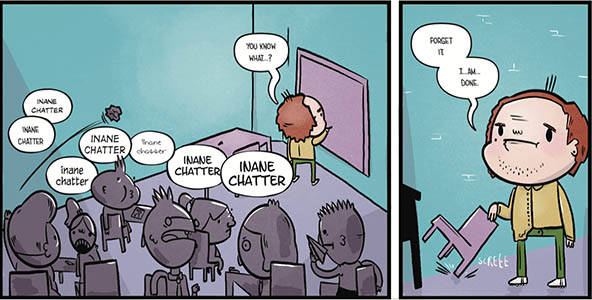 Liam “Pais” Hill‘s art is playful in both facial expressions and colour palette. As mentioned earlier, this comic has the overall feel of something you find in Adventure Time or Star vs. The Forces of Evil. Most of the character designs focus on circular shapes and fluid motion, adding to the comedic aspect of the story. The extreme character expressions also allow a majority of the jokes to land perfectly.

If you’re looking for a good laugh, The Exchange is the definitely something for you. It’s funny in a crazy sort of way and if you miss iconic children’s television shows such as the ones mentioned above, this will instantly fill you with nostalgia.

Have you had a chance to read The Exchange? You can discover more about the comic from Madius Comics. Let us know in the comments section below or share your thoughts on Twitter!