Home » 20 FISTS is a Unique Tale of Star-Crossed Lovers 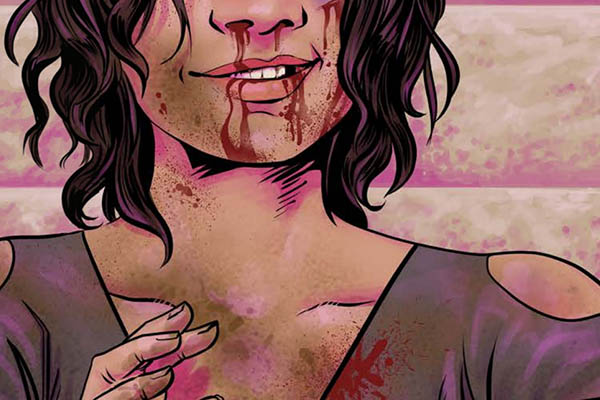 Romeo & Juliet. West Side Story. We’ve all heard these stories countless times: two factions fighting one another for reasons unknown, but in the midst of hatred, two lovers defy the odds and break the cycle of violence through their self sacrifice. While 20 FISTS by Frankee White may have a similar tone and plot in the beginning, this comic heavily diverges from its inspirations, bringing a fresh perspective to this typical tale of romance.

In this city there are various crews of five people who take it upon themselves to fight one another. There’s a rule of no killing amongst the groups but that single rule doesn’t stop hatred from spilling amongst the different crews. Two such crews, The No Names and The Big Jackets, are particularly at each other’s throats. However, two members, Chel of The No Names and Billie of The Big Jackets, seem to be having a fling with one another. Will their relationship be able to sustain the big fight that’s coming up? 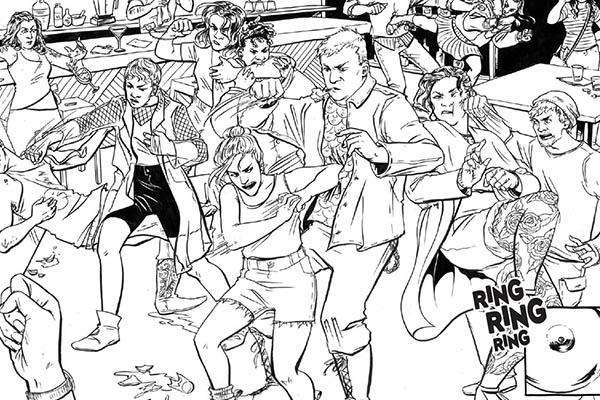 It’s difficult to discuss the positives of this comic given that a large portion of those positives revolves around intricate details throughout the comic. For one, we’re given a unique character in our protagonist Chel, a woman who loves to fight. And she fights hard. Couple this with the fact that a decent amount of the crews have plenty of women in their groups, including Billie of The Big Jackets. No one questions Chel’s sexuality either. Her crew isn’t annoyed with her because she’s a lesbian, they’re annoyed because she has a thing for someone in another crew. It’s a diversified cast of characters to say the least.

Chel’s struggle as she tries to maintain the strain between her relationship with her crew and Billie is also unique. It’s not so simple as becoming hopelessly devoted to Billie and encouraging the two groups to stop fighting. Her inner conflict is much more complex than that and provides the comic with a fresh ending that readers might not see coming.

However, with all that being said, 20 FISTS does have it’s faults. For one, focusing on a single fight and forcing the reader to learn of Chel and Billie’s relationship through flashbacks is a bit of a miss. There’s also the knowledge of the “no killing” rule that takes away a good amount of the suspense. Part of what makes West Side Story and Romeo & Juliet so interesting is seeing the relationship develop and seeing how these characters deal with their inner conflicts and war between their two groups. By not seeing these develops occur in real time, the ending doesn’t pack as good of a punch as it could. And, because we know no one will die, there’s no sense of foreboding danger for any of the characters.

Kat Baumann‘s art is exceptional. It really captures the essence of the story and her character expressions are truly amazing. The only downside to her art is there’s no colour to go with it. For a story that focuses heavily on violence, no splash of colour to enhance said violence is a bit of a disappointment. Not to mention, it could easily create more tension and a sense of danger if we see the colour of blood on our heroes.

If you’re eager to see a new take on a classic romance then 20 FISTS is the comic for you. While it may have some missteps, it’s unique enough to keep reader’s engaged until the very end where they may be pleasantly surprised.

You can purchase your copy of 20 FISTS here! Have you had a chance to read this star-crossed lovers tale? Let us know in the comments below or send us your thoughts Twitter!