Home » Shenanigans in Space: In Conversation with Andrew Clemson, Writer of Star Bastard 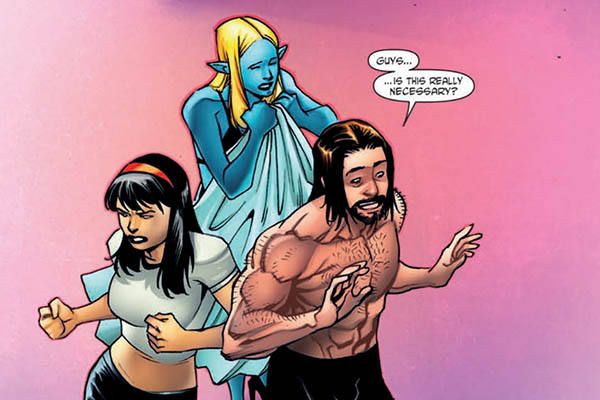 We recently had the pleasure of reading and reviewing Andrew Clemson’s space comedy Star Bastard. Now, we sit with the man himself as he delves into the creative process behind his work as well as providing some insight on where the inspiration came from for the lovable a-hole protagonist.

A Place To Hang Your Cape: What were some of your inspirations for coming up with this comic? What made you want to sit down and finally write this story?

Andrew Clemson: I’d actually written a few other things before I started on Star Bastard, but none of them had gone anywhere. I thought I was going to be able to write the next big thing straight out of the gate, and trying to be the smartest guy in the room when you aren’t is just exhausting. I took a break from the other scripts and wrote out a nonsensical paragraph about a big stupid space captain flying around irritating everyone whilst fighting space dinosaurs and talking to sentient fart clouds. Compared to the other stuff, I had a first issue written in almost no time, and the artists I’d been speaking to all seemed to prefer my joke of an idea over my magnum opuses. Go figure.

Clemson: I tried to make sure he was equally irritating to everyone he meets. The whole character model is a bit outdated, he’s essentially a kind of cursed mashup of Sid James and Captain Kirk by way of Lobo, (take your pick of the bastards basically) so I figured as long as no-one was in the book complementing him on being such an arsehole, then it’s clear he’s not really the hero of the book. He’s less than capable at 99% of things that aren’t punching or shagging something and his crew have to save his hide every time. 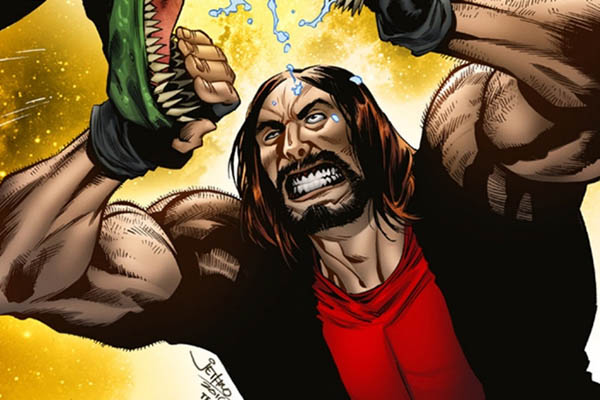 AP2HYC: This comic is filled with a cast of very zany characters. Which one did you most enjoy writing for?

Clemson: I’d write a Metal-Molly solo book in a heartbeat if the market was there. It would be interesting to see how much she could accomplish if she wasn’t having to clear up Greeves’ messes.

AP2HYC: What was it like working with Jethro Morales? How did you two end up working together?

Clemson: Jethro is fantastic. I started the process of writing in 2015, and at that time I was basically just using Deviantart to hunt for artists. I found Jethro on there and he was honestly someone I thought would just say no, considering his past credentials at Dynamite but he was super friendly from the outset and an absolute dream to work with.

AP2HYC: Without giving too much away, given the end of Star Bastard, can we expect to see more of Greeves’ and crew?

Clemson: Volume 2 is plotted out but we’re taking a break to work on other projects for now, including the rest of Bete Noir, and 2 other books I’m hoping to be able to announce soon.
I do have a Greeves team-up book written which crosses over with another creator’s I.P and we are hoping that will be released sometime in 2020, assuming the world doesn’t end before then. I’ve also got a series of “origin” one shots I’m hoping to get out that focus on why the hell any of Greeves crew would want to be anywhere near him.

You can purchase your copy of Star Bastard here! Did you enjoy this oddball comedy? Let us know in the comments section below or send us your thoughts on Twitter!