Home » 6 Horror Comics That Should Be Movies! 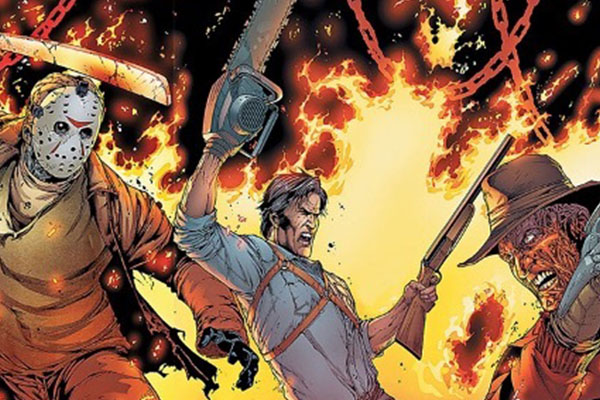 Quality horror films have definitely been hard to come by for the past few years. This is the era of the jump scare demon. There have been a couple of gems, but at times I feel like I’m watching the same movie over and over again. The lack of creativity can be frustrating. But, luckily, it should be impossible for directors to run out of ideas. This is because there’s so much great material in comics! While there have been some solid movie adaptations of horror comics such as 30 Days of Night, so many more stories need to be brought to life to scare us to death. Here are some examples of comics that need to be on the big screen! 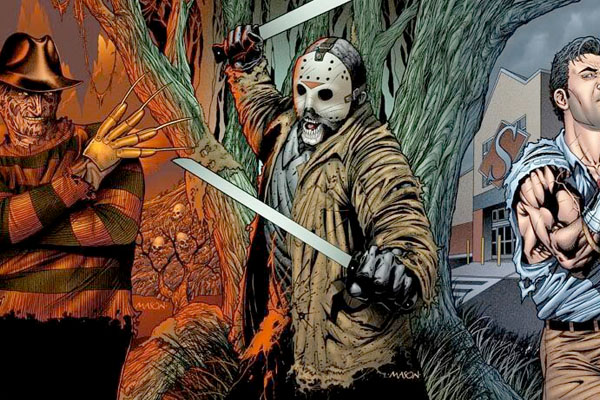 Yes, yes, yes, a thousand times yes! Freddy vs. Jason was definitely a fun ride so why not pair these two with the most entertaining B-movie actor ever, Bruce Campbell. When it comes to a horror protagonist, it doesn’t get any better than Ash Williams. This clash of the icons comes from Wildstorm and Dynamite Entertainment and is written by James Kuhoric and Jeff Katz.

As of now, Robert Englund has said before he might have one more Freddy performance in him. And while Derek Mears was terrific in the 2009 remake, many Friday the 13th fans will be calling for Kane Hodder to return to the role he knows so well. So why not pair these three legends up for an epic curtain call? Plus, the storyline puts Ash in an S-Mart uniform at the beginning. That’s definitely something that I’d like to see one more time. 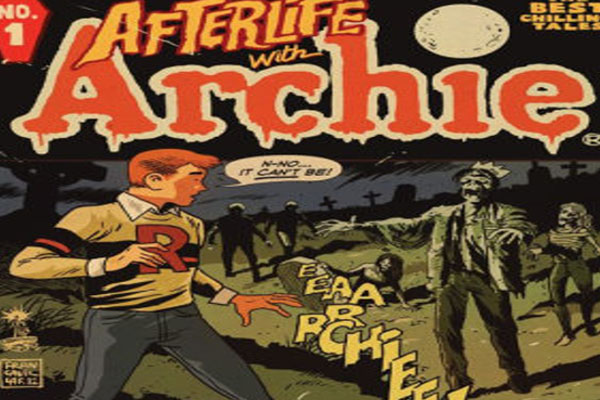 Basically, a Pet Sematary meets Zombieland storyline. After With Archie tells the story of an attempted revival of a pet gone completely wrong. When Jughead loses his dog Hot Dog to a hit-and-run he goes to his friend Sabrina the Teenage Witch to bring back his beloved pet. However, Sabrina uses the Necronomicon, Book of the Dead, to revive Hot Dog, causing a zombie infection that spreads worldwide.

This story comes from the Archie Comics Franchise which includes the title character and his friends from Riverdale. While at first barricading themselves in the Lodge mansion, Archie eventually has to go on the run with undead friends and family trying to hunt him down. The visuals of these comics are mesmerizing. The tools are here for a horror director to create a scary, beautiful thrill-ride that could help spawn a franchise. 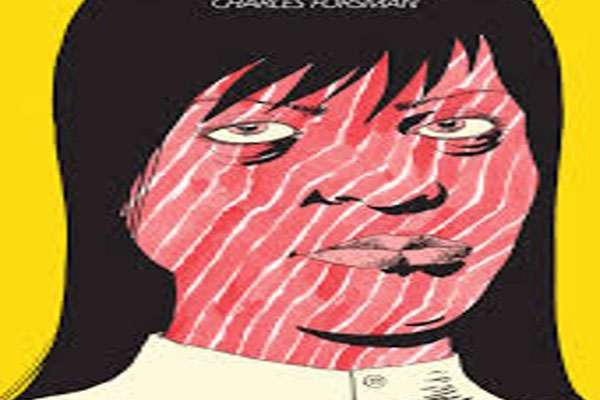 Here’s a potential slasher flick for the modern-day! Charles Forsman’s graphic novel mixes in sexuality, violence, and technology seamlessly in his work. The book details Christine Sobotka, a 25-year-old data entry clerk, who is driven by her bloodlust. She eventually falls for a teenager online named Joshua, who engages in blood play online. Yeah, this novel is sick in more ways than one.

However, the story eventually turns into a Catfished goes to hell episode. Not going to spoil any further but Slasher could be extra timely with our added reliance on technology to communicate with others. Definitely wouldn’t be a movie for kids. 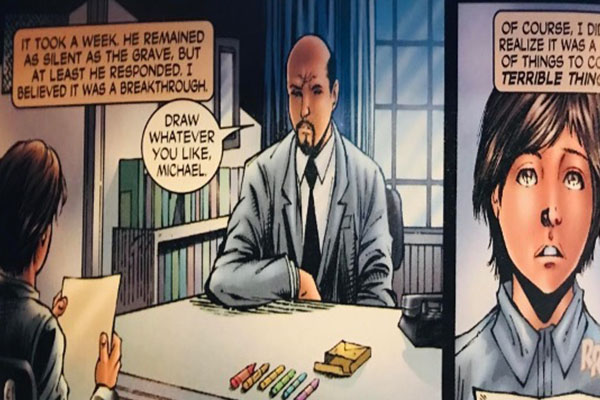 This story comes from Chaos Comics in 2008 and follows Tommy Doyle.  Doyle was one of the kids that Myers attacked in Haddonfield in 1978 and almost kills the mass serial killer in 1995’s Halloween: The Curse of Michael Myers. Wanting to capitalize financially from Myers, Doyle obtains the diary of Dr. Loomis, Michael’s former psychiatrist.

Recounting Michael’s time at Smith’s Grove Warren County Sanitarium is definitely something a lot of Halloween fans want to see. If done right, we could have a very interesting prequel-like film here. The story eventually goes back to present day, where Michael, seeing Tommy with this diary, stalks his target. Too many times in the Halloween series, we’ve had the Michael-Laurie Strode showdown. It’s time for something fresh in this series. This story could provide that. 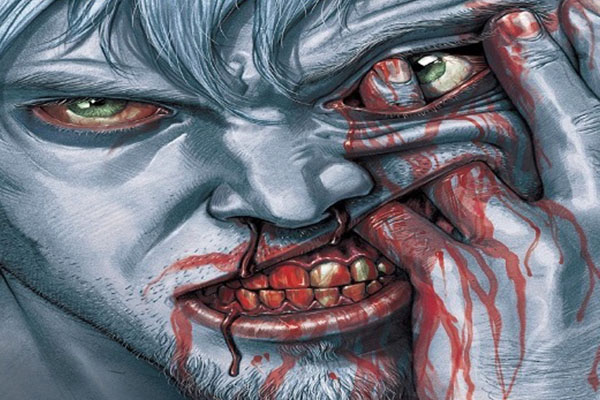 This comic could help make the next great psychological thriller. Following Declan, an ex-inmate of an insane asylum, our lead is able to go into the minds of the mentally disturbed. At times, he can even cure people of their madness and is hopeful that this gift can help him cure himself. However, Declan soon becomes hunted by demonic forces as he travels through the world of the insane known as “The Hungry World”.

This is the kind of comic in which you question the morality of every character and even of yourself. As long as the creatures from “The Hungry World” are not low-budget CGI then this could be a classic on the silver screen. 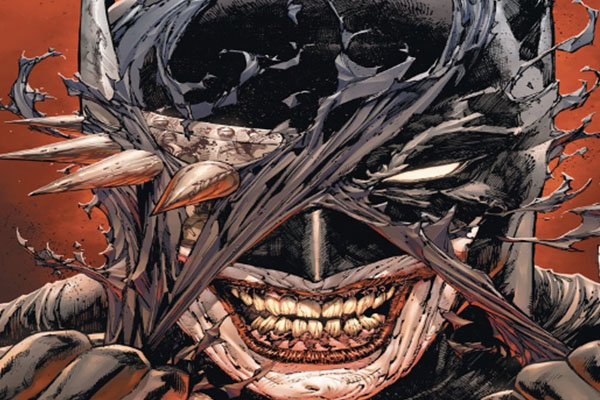 It is possible for a superhero movie to be scary. We’ve seen examples like the Blade trilogy and you could make the case Batman can be a scarier, enigmatic hero than the day-walker. However, the horror will revolve around the villain, The Batman Who Laughs. This character is an alternate version of Bruce Wayne from Earth-22 within the DC Multiverse.

In this version of Earth, Bruce Wayne is exposed to the toxic chemicals that turned the Joker insane. This creates a new super-villain that combines the intelligence and strength of Batman with the Joker’s insanity. This is a comic we need to see eventually. The scarier and grimmer the dark knight is, the better. Who wouldn’t want a horror movie involving this character?

So what horror movies do you want to see on the big screen? Sound off in the comments or send us your thoughts on Twitter!