Home » The Haunting of Bly Manor Is Not as Scary as Its Predecessor but Still Packs an Emotional Punch! 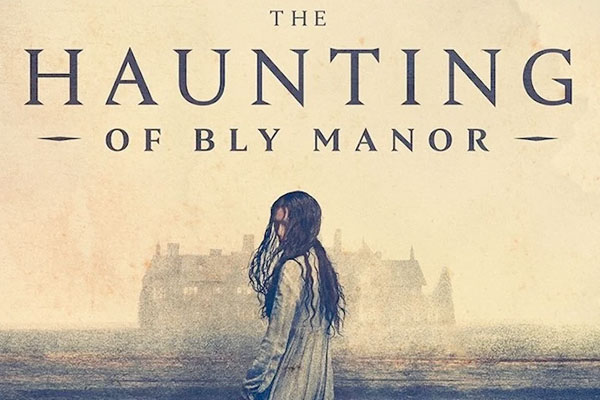 The wait is finally over. After the thrilling success of Mike Flanagan’s The Haunting of Hill House on Netflix in 2018, fans have been eagerly waiting for the next installment in this anthology series. And while The Haunting of Bly Manor may not be as scary as some were hoping for, the second season is full of emotional turmoil that will leave viewers on edge.

During a rehearsal dinner for a wedding, an unnamed woman tells the story of au pair Dani Clayton (Victoria Pedretti) who is hired by a wealthy man named Henry Wingrave (Henry Thomas) to take care of his niece and nephew after the previous au pair committed suicide. Dani is whisked away to their summer home, Bly Manor, and introduced to the children: Flora (Amelie Bea Smith) and Miles (Benjamin Evan Ainsworth). Everything seems “perfectly splendid” at first, but as Dani struggles with her own personal demons, there seems to be more than just two children lurking about the manor. And Flora and Miles seem to know a lot more about Bly’s secrets than they’re letting on.

Much like the previous season, The Haunting of Bly Manor focuses on its characters first. Simple moments around the kitchen table bring this group of people closer to each other and us. The kitchen is the heart of the family, the epicenter of their love for one another. As many reviews have already stated, The Haunting of Bly Manor is, first and foremost, a love story. It’s a story about the love between people that can’t always be shared, about loving someone that, for whatever reason, you can’t. And it’s through this forbidden love that creates those that haunt the grounds. By the end of this series, you’ll be weeping for everyone: the manor’s staff, the children, and the ghosts themselves.

Mike Flanagan has truly created something special with this series. He understands the fundamental principle that in order to feel true terror in a horror story, we have to care about the characters. We have to fear for their safety, instead of them being a one-off, one-dimensional character fated to die. While there may not be as many scares in this second season, the atmosphere the manor radiates will have viewers on edge throughout the show. Simply put, we don’t want anyone to die and so we are constantly looking in the shadows for them, in a hopeless attempt to keep them safe.

Like The Haunting of Hill House, Bly Manor has plenty of twists and turns to keep viewers occupied as well. Episodes jump back and forth in time to create a compelling mystery, one that is arguably harder to figure out than Hill House. Suspense is crafted masterfully throughout the season until the reveals come crashing down on you like a ton of bricks. While most of the mysteries are revealed, there’s a sense of ambiguity to The Haunting of Bly Manor‘s end that leaves it up to the viewer to interpret. With the exception of one episode, nothing is spoon-fed to the audience but rather delivered in bite-size portions throughout.

There really hasn’t been anything like The Haunting of Hill House or The Haunting of Bly Manor. Few ghost stories are able to rip your heart out emotionally while also giving you plenty of scares along the way. We certainly hope Mike Flanagan has plenty of stories to adapt up his sleeve for years to come.

What did you think of The Haunting of Bly Manor? Let us know in the comments below or send us your thoughts on Twitter!