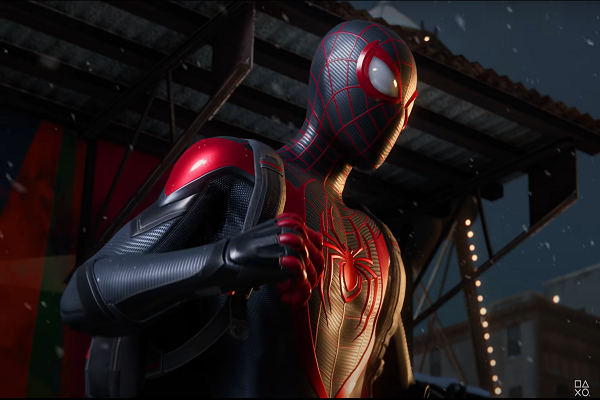 The Playstation 5 is set to release on November 12th this year, and with it there’s a whole new roster of games to play. Among them is Spider-Man: Miles Morales, an indirect sequel to the Playstation 4’s Spider-Man. We got the announcement trailer for the game back in June, but the gameplay demo was released on September 16th. With a little over a month until the game launches alongside the Playstation 5, now’s the perfect time to speculate what the game will have in store for its players.

Spider-Man: Miles Morales was developed by Insomniac Games, who also developed the first game of the series, Marvel’s Spider-Man. They’re also responsible for the Ratchet and Clank series, as well as the Spyro games back in the late 1990s. Like the game’s title suggests, our main focus is on Miles Morales. He’s trained under Peter Parker to become the city’s new Spider-Man, and the game takes place one year after Miles got his superpowers. His mom’s a politician campaigning for a position in City Council, and Miles has to juggle supporting her cause and being the famed superhero protecting the city.

Miles’s antagonist for the story is the Tinkerer, a villainous mastermind who can create super-powered weapons from scrap. He actually appeared as a minor role in Spider-Man: Homecoming, though it’s unlikely the game’s Tinkerer is meant to be identical. For one thing, the game’s Tinkerer sounds androgynous (leaning on the side of feminine), and a lot younger than Michael Chernus, who played the Tinkerer in the film. It’s hard to tell based on the game model what gender the Tinkerer is this time around. He’s usually male, but switching things up would be refreshing!

The gameplay demo also shows us what to expect out of the gameplay in and out of combat. The first time I watched it, I was instantly reminded of Final Fantasy VII’s recent remake. Cinematic cutscenes blend seamlessly into the gameplay, and you can follow other characters and overhear dialogue while walking around. The game models themselves look incredibly realistic, and they’re done justice with 60fps and high resolution. Their movements are fluid and life-like, and while it’s too realistic for my taste, I can still appreciate the effort that went into modeling and development. Seriously, look at those textures! The lighting! The attention to detail is stunning!

The combat system reminds me a lot of FFVII, and I believe it’s sleeker than the previous Spider-Man game. There’s a variety of different combos you can produce, all with outstanding effects that themselves look cinematic in nature. In the combat scene we’re given in the demo, button prompts also play an important role. Based on the demo, said button prompts could be the only way to save lives. Miles even has button prompts for pulling the crumbling bridge back together, Tobey Maguire style!

With all this in mind, I have a good feeling I know where the game’s going. It’ll be story-driven, with chances for side quests and exploration. The blend between combat, cinematic cutscene, and leisurely walking around town will be almost seamless. The story itself will be interactive, and you’ll feel as though you’re driving it forward. Maybe you’ll miss a button prompt on purpose and have that decision come back to haunt you. Whatever the case, you’ll feel as though you are Miles Morales, swinging through the city and taking out the Tinkerer’s baddies.

So why does this game style matter? Well, have you ever wanted to live in another world for a while? Spider-Man: Miles Morales will give you that chance and more. I expect this game to do just as well as its predecessor and FFVII for that reason. The insanely detailed graphics, plus a captivating and potentially consequential combat system, will draw you into the world and make you a part of it. You won’t be following Miles’s adventure – you’ll be Miles Morales. It’ll be just as much your adventure as it is his.

Are you looking forward to the Playstation 5 and Spider-Man: Miles Morales? What do you think the gameplay will be like? Sound off in the comments or send us your thoughts on Twitter!