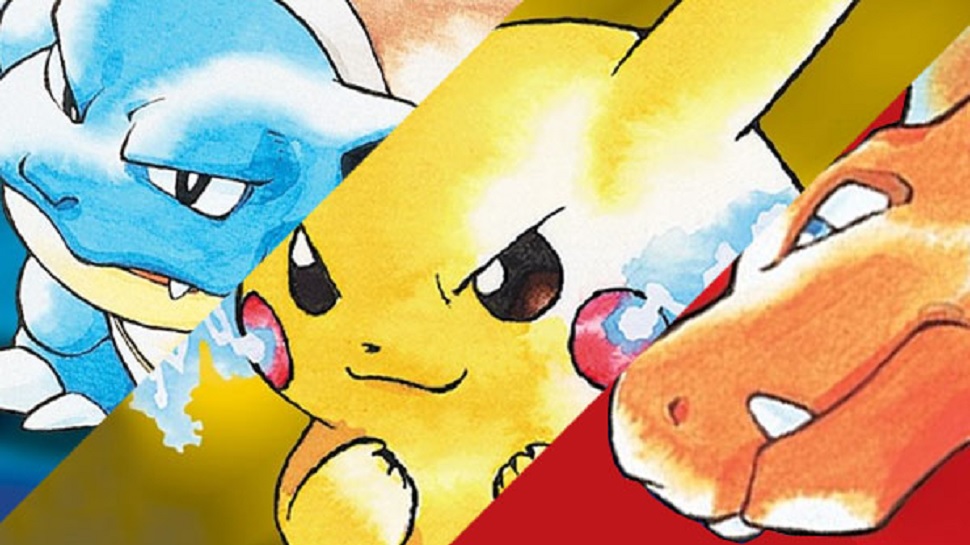 Pokémon celebrates its twenty-five anniversary this year. It all began in 1996 when Game Freak and Nintendo released Pokémon Red and Blue (originally titled Green). A quarter of a century, eight generations, and 894 Pokémon later, the video game franchise continues to remain popular. A while ago, we explored the inspirations of various Pokémon from each generation. In a new collection of articles, we’ll be exploring the Pokémon regions and their geographical inspirations. The information in these articles comes from Bulbapedia’s fantastic guide to the games’ real world locations. 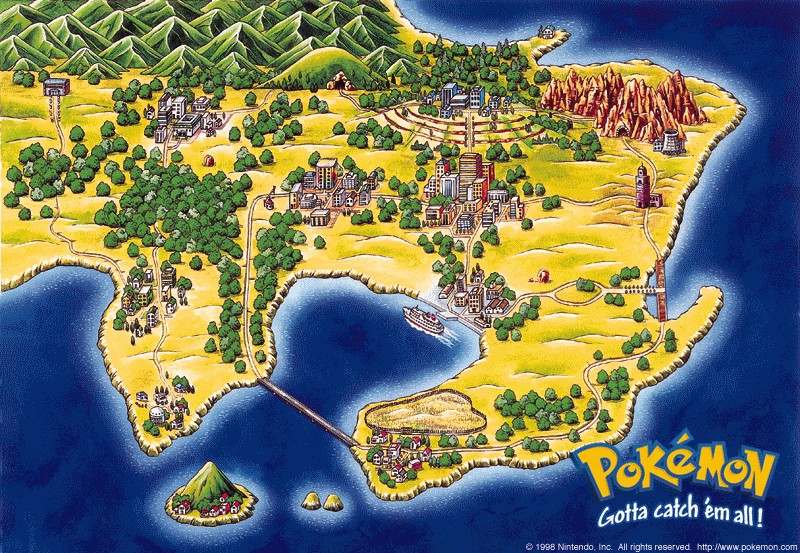 Naturally, our first port of call is the Kanto region, the setting of Pokémon Red, Blue, and Yellow. It is based on the actual Kantō region of Japan, the location of Tokyo, and home to a third of the country’s population. Unlike later regions, Kanto does not have a history or mythology that ties in directly to the legendary Pokémon found within its borders. Instead, Kanto has a close connection to Satoshi Tajiri, creator of Pokémon and President of Game Freak.

Pallet Town, our starting off point in the games, is partially based on Tajiri’s hometown Machida, a western Tokyo suburb. In a 1999 TIME interview, Tajiri explained as a child in the 1960s, he enjoyed an idyllic youth exploring the countryside and collecting bugs. Then, Japan’s post-war “economic miracle” occurred, allowing for an explosion of mass urbanisation across the country. Tajiri watched as his rural playground was cut down and paved over, transformed to become part of Tokyo’s growing urban sprawl.

Satoshi Tajiri appears to have immortalised his childhood memories within Pokémon. Kanto is inspired by the pre-urbanisation of Tajiri’s youth, with the towns and cities interconnected by forests and wooded paths. The entire premise of Pokémon involves playing as children in a glorified bug hunt. It is how we once saw the world as children, and one that allows us to return to simpler times. Pokémon has a close rapport with nature and the environment, in a world where humans and Pokémon live together in harmony.

Team Rocket serve as the antagonists of the first generation of games, as well as in Pokémon Gold, Silver, and Crystal. Though their boss, Giovanni, is stylised after an Italian crime lord, Team Rocket as a whole take inspiration from the yakuza, and “bōsōzoku”, a motorbike subculture of disaffected teenagers. Mewtwo’s creation could be seen as an allegory for the development of the nuclear bomb; the bastardisation of nature, repurposed into a destructive weapon.

Many of Kanto’s locations are set in the same spots as their real world inspirations. Pallet Town stands in for Shimoda, but could also reference Nara, where the 1853 American expedition stopped in their quest to open Japan’s borders to international trade. Pallet Town can be seen as our gateway into the world of Pokémon.

Viridian City is based on Hakone, whilst the Viridian Forest are inspired by the Okuchichibu Mountains, covered in deep forests. Pewter City, home to Brock and his Rock-type gym, is a fusion of Maebashi and Midori. The latter is home to the Iwajuku archaeological site, containing evidence of some of Japan’s earliest historic settlements. This theme of rocks and the local museum likely inspired Pewter City. Mount Moon is based on Mount Akagi, which is most notable for having a crater lake close to the summit.

Misty’s hometown Cerulean City is based on Tsuchiura, a lakeside city known for its floating lotus blossoms. Vermilion City is a large seaport based on Yokohama, Japan’s second most populous city, and prominent port city. The S.S. Anne cruise ship does not particularly take any inspiration from any historic ship, though the anime pays homage to both Titanic and The Poseidon Adventure at the same time. The Kanto Power Plant is a direct nod to the Tōkai Nuclear Power Plant, Japan’s first commercial nuclear plant.

Both Celadon City and Saffron City represent central Tokyo. Celadon references Shinjuku, Tokyo’s western shopping district, featuring a large department store, and the Game Corner, a nod to Japan’s obsession with arcades. The Celadon City Gym is a wooded, flowery building, based on the Shinjuku Gyo-en, a large park and flower garden. Saffron is based on Tokyo’s business district Marunouchi. Gold & Silver introduced the Magnet Train, inspired by the bullet trains, with Saffron’s train station based on Tokyo Station.

The spooky, depressing Lavender Town features the infamous Pokémon Tower, full of gravestones and memorials, as well as a ghostly Marowak. In Gold & Silver, the tower was rather oddly converted into a radio station. The town doesn’t have much in common with its inspiration, Narita, although hundreds of megalithic tombs called Kofun have been found around the city. Ghosts and spirits are a large part of Japanese folklore and culture, so it is possible Satoshi Tajiri wished to feature such a location representing Japan’s reverence for the deceased.

Similarly, Fuchsia City has little in common with Tateyama. However, the gym leader Koga takes his name from kōga-ryū, a historic school of ninjutsu. The gym’s ninja-themed appearance may reference the traditional architecture of Tateyama. The Safari Zone could be based on any zoo in the region, but additionally the Minami-Bōsō Quasi-National Park.

Offshore is Cinnabar Island and the Seafoam Islands. Cinnabar is a volcanic island based on Izu-Ōshima, the largest island in the Izu peninsula. Cinnabar’s volcano is based on Mount Mihara, which infamously erupted in 1986, leading to the evacuation of all 12,000 citizens. This is referenced in Gold & Silver when Cinnabar erupts, leaving it inhospitable. The Seafoam Islands are based on Udone-shima, a deserted island.

Finally, we have Victory Road and the Indigo Plateau, home to the Pokémon League. These two locations are based on Mount Ashitaka, and Mount Echizen-dake, the latter being the highest peak of Ashitaka. In the anime, the Pokémon League is inspired by the Olympic games, with the flame originating from Moltres.

With the Kanto region covered, the next step in our journey will continue to the west, to visit the neighbouring Johto region.