Home » Obi-Wan Kenobi: The Series Fans Are Looking For? 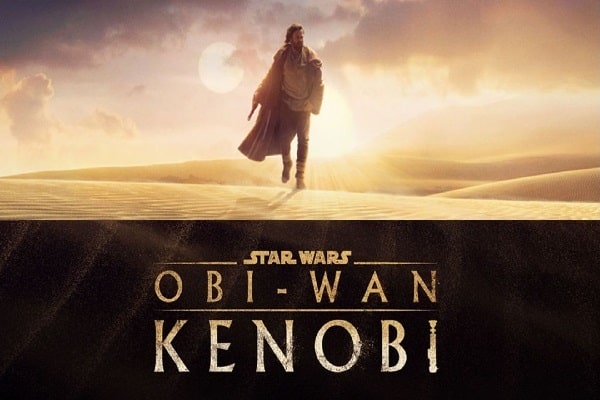 Star Wars fans are hard to please. I’m not saying whether it’s justified or not, but we are a picky bunch. The Book of Boba Fett did little to win anyone over. Din Djarin and Grogu easily stole the show to set up their next season. The weird design choices for the biker/swoop gang (how do they keep things so clean if they are short on water?) and the slow pacing was also problematic for many fans.

With the release of the Obi-Wan Kenobi trailer, Disney will be hoping for a smash hit to help ease the reliance on The Mandalorian. Early impressions are that they’ve done just that. Possible spoilers ahead.

“The key to hunting Jedi is patience.”

Obviously, the biggest thing to be excited about with this trailer is Ewan McGregor returning to the iconic role of Obi-Wan Kenobi. With a story focussed on the aftermath of Order 66 and the character’s years spent watching over Luke Skywalker on Tatooine, we’ll finally get a more complete timeline for the beloved Jedi Master. And while I think that’s awesome, it also brings back one of my biggest problems with these new Star Wars series: sand.

I am honestly sick of seeing Tatooine at this point. I know it’s unavoidable in an Obi-Wan series set during this period, but I hope to never see a series heavily feature the supposedly remote and isolated planet again. Thankfully, it looks like we might get more of a break from it than expected – and the new locations look stunning!

“Their compassion leaves a trail.”

After the epic “Duel of the Fates” fires up (John Williams gives us one of the best soundtracks to a trailer of all time) we’re shown Mustafar’s oceanic moon of Nur. A craft lands on an imposing tower rising out of the water. This is Fortress Inquisitorius, the place where Jedi were taken if they were captured rather than killed during or after Order 66. They were tortured, and either executed or turned to the dark side to become what looks like the main threat of the series: Inquisitors.

Inquisitors are ruthless in Star Wars canon and will generally stop at nothing to capture or kill Jedi. If you missed their introduction in Rebels, they are happy to employ disgusting tactics, like using the decomposing dead body of a Jedi as a trap to lure in survivors. I think this will carry over into live action as we’re shown someone, possibly an escaped Jedi searching for Kenobi, being given a public hanging.

The other new location is Daiyu, a planet with a dangerous vibe to it that I’m excited about seeing in more detail. I think urban based planets give us more opportunities for unique content. Daiyu feels inspired by the lower levels of Coruscant or Nar Shadaa, which are hotbeds of crime. It’s going to be fascinating to see what drives Obi-Wan off Tatooine and onto Daiyu, and with the intense action we’re shown it looks like the planet might feature heavily in the show’s climax.

“The Jedi code is like an itch. He cannot help it.”

In terms of plot, it looks like the Inquisitors will spend their time hunting down Obi-Wan Kenobi. It’s been leaked that there will be at least one escaped Jedi trying to contact Kenobi on Tatooine (possibly the person he’s talking to at the start of the trailer). I think this is how the Inquisitors will find him.

I’m fascinated by the new Inquisitor, Reva, and how she will fit into the story. We’re briefly shown a gloved hand running over a Jedi crest painted onto a wall, and that hand looks like it could belong to Reva. I think she could have regrets about turning to the Dark Side, giving her eventual showdown with Kenobi an extra dimension than simply good vs evil. I’m also reminded of Star Wars Jedi: Fallen Order, with Trilla Suduri struggling over her conversion before being killed by Darth Vader.

I think this trailer seems to echo Star Wars Jedi: Fallen Order in general. I hope it’s a sign that the game will merge into the live action universe given how good it is, particularly Cameron Monaghan’s Cal Kestis. Cal and Cere Junda retrieved a holocron holding information on all force-sensitive children in the galaxy from Darth Vader and the Inquisitors on Nur after all. I think this makes it easy enough to combine the game with any future content around Luke and his academy, with a reference here as a starting point. As everything is referencing everything else in Star Wars now, it would be a shame to leave out such a great story.

Overall, I think this will be the darkest and most emotionally devastating of all the new Star Wars shows. Seeing one of the most popular characters in the franchise at his absolute lowest (he’s resorting to using a blaster, so uncivilised!); watching the ruthlessness of the Inquisitors and the way they brutalise Jedi; having the threat of Darth Vader lurking in the background; witnessing the cruelty and oppression of the Empire after a decade in power… it will take us to some very disturbing places. Personally, I can’t wait.

What did you think of the trailer? Do you have a bad feeling about this, or will they bullseye it like a womp rat from a T-16? Sound off in the comments or send us your thoughts on Facebook or Twitter!