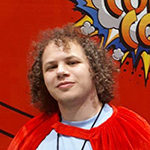 By day, David Molofsky is a mild-mannered American expat living in London working as a Product Lead managing RICS Find a Surveyor. He uses his digital superpowers to improve UX and UI as well as design social media marketing and SEO strategies. By night, David is the fearless leader of the AP2HYC team, rooting out the very best of indie comics.

With degrees in screenwriting from both Vassar College in New York and the Central Film School of London, David has worked for film production companies in Hollywood, New York, and London assisting on pre-production and marketing for such films as Source Code, The Messenger, Middle of Nowhere, The King’s Speech, and Cairo Time. In addition to AP2HYC, David has previously written for ITProPortal, the BBC America blog, Anglophenia and the entertainment websites WhatCulture and WeGotThisCovered. 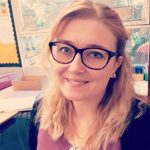 A small northern person fuelled solely by anything Harry Potter, Elizabeth is here as a human spellcheck. With a B.A. in English (all things language, literature, and creative writing), she has proof-read and edited for independent publishers as a side hustle to normal life. Elizabeth is a lover of dark, fantasy, horror comics, books and films, even though she still jumps at her own reflection. 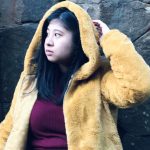 Mae Trumata is a freelance journalist based in Northern Ireland, writing for publications across the UK and the Philippines. She graduated from the University of Stirling with a degree in English and Journalism. Mae has written for a number of different publication outlets during her work experience stints, and has a wide variety of media experiences; from traditional, digital, radio, start-up and now freelance. She works as a contributing digital writer for Philippine’s most popular brand of fashion magazines, the One Mega Group. In it she writes interview profiles and features that tackle different social issues such as representation and feminism, alongside some other fun culture pieces.Aside from comics, Mae loves all things entertainment. You can find some of her film and music reviews on The Upcoming and The Indiependent. Her favorite film series is the X-Men film franchise, particularly X-Men: First Class, and she has an affinity for Jason Todd and Felicia Hardy. But her first love will always and forever be anime, so you can catch her writing some anime-related articles every now and then. 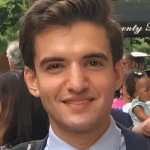 A loudmouth from New York City, Dylan spends his weeks either writing for AP2HYC, campaigning for animal-related policy, or going on rants during his graduate school classes or his weekly podcast. Obsessed with sports to the point where it has hurt his GPA, Dylan is a washed-up student-athlete that channels most of his energy, specifically anger, into his competitive ping pong matches against his Dad. He’s also clearly obsessed with writing list articles about the best superhero movies to watch on certain holidays. Even though his favorite holiday is clearly Halloween. 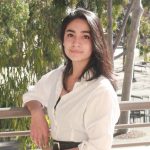 Carla is a fourth-year student at the University of California, Santa Barbara. She is double majoring in Comparative Literature Interdisciplinary Emphasis and Spanish. Her love for comics started at an early age with the animated series Batman Beyond, though her favorite Robin is Jason Todd. She loves to analyze comics through the lens of social issues and wrote her senior thesis on vigilante justice in Batman comics and Ariel Dorfman’s Death and the Maiden. When she is not writing for AP2HYC or studying, Carla can be found working at the university library. With just two more quarters to go before she graduates; Carla is excited to pursue a career in writing while traveling the world. 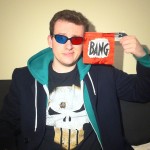 Easy going. Understanding. Forgiving. These are some words that Scott knows how to spell. In truth, he’s a sadistic mega-geek and may Odin help you if you cross him! He’s got a BA (Hons) in Screenwriting and as of 2014 is studying for his Masters degree. His lifelong ambition is to have a career as a “proper” writer, whatever that means, along with world domination. He likes alliteration, saying the word “DISCLAIMER!”, and hates DC, Disney, and people who misuse the word “literally” with a passion greater than the heat of a thousand exploding supernovas. Fear his rage! 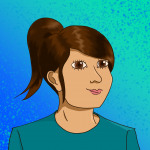 Alex Mirabal is a Podcast Editor, Streamer, and Writer based in Seattle, WA. They’ve been editing for Podcapers since 2017, and rarely (very rarely) writes for AP2HYC. They’ve become the resident DC nerd for Podcapers, and is unashamed to say they love the Snyderverse. They also have a very cute black cat named Selina, named after the best character that has ever existed.

Hailing from the historic town of Poole (or possibly slithered out of a mirror dimension), Mark has a passion for telling and learning stories, exploring the worlds of superheroes and anime, and ripping the heart and lungs out of rubbish movies. The unofficial minder and uni buddy of Scott Meridew, Mark loves what Scott hates, including a lifelong love for Disney. Amongst his other hobbies are anime (and Japanese culture), musical theatre, mythology, and obscure shows that no one remembers watching, like Ace Lightning and Bucky O’Hare! With a university degree in screenwriting, Mark yearns to be a successful screenwriter in film, TV, or video games. When not spilling out his thoughts for AP2HYC, he is working on his first novel “Dragon Blood”, adding to his Deviantart page, or trying to get his blog Swivel Chair Imagineering.

Mark’s plans for world domination are currently on hold. He promises. 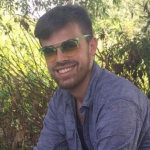 An apathetic, socially inept, extremely sarcastic and hilarious manchild, Matt stole this introduction from Nick Miller’s in the New Girl wiki. Matt has a B.A. in English Literature and Film Studies from the University of Exeter. During this degree he wrote essays on the Fleischer Superman cartoons, The Maxx and Ghost World, as well as a dissertation on Grant Morrison’s Animal Man. If you asked him about Animal Man today, he would probably give you a dissertation again. Matt tries his best to balance his favourite comics and films with new genres he’s never tried in between. His reading list has never been longer then since moving up to Kaptain Kickstarter at AP2HYC. If you have a cool original Kickstarter, he hopes you get in touch!

Matt is not now nor has he ever been Doctor Who. 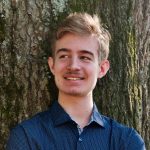 Harrison is currently studying Film and English at Vassar College in New York, with the hope of someday being able to create something as fun and beloved as all the media he enjoys. His favorite way to spend his time is finding new and exciting ways to waste it, building and painting models and miniatures, running D&D games, and staring at a lot of different screens. When it comes to movies, comics, games, or shows, the only thing Harrison loves more than well-made, quality entertainment might be really hilariously bad entertainment. He has a passion for all things ridiculous and over the top, his favorite being giant monsters movies starring people dressed in rubber suits beating each other up (which also may or may not be on his list of backup jobs if the whole writing/movie-making thing doesn’t work out).

Dara lives in New Jersey, where she works on her novels and scholarly writings in her spare time.  She has a Bachelor’s Degree in History and Asian Studies and a Master’s Degree in American History.  She is working towards becoming a college professor, someday.  She loves reading history books, fantasy novels, and comic books.  She has loved superheroes since she was a little girl and watched Batman: The Animated Series.  She also enjoys Japanese anime and manga.  Her greatest dream, though, is to have a house full of books and time to tell stories to her nephews.