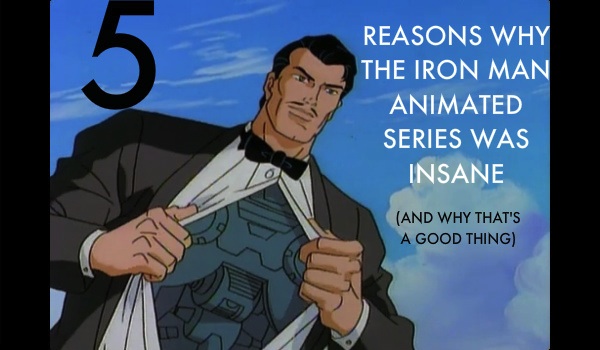 With Iron Man 3  already out in the UK and it’s May 3rd American release looming on the golden horizon, it is natural to get swept up in Iron Mania, scrambling to get your Repulsor-mitts around anything and everything Iron Man related – from plushies, special edition blu-rays, and comics, to shell head hoodies and Stark shot glasses – you’ll have so much iron you would swear you had hemochromatosis. In the midst of this iron rampage, however, you may have come across Iron Man, an animated artifact from the mysterious and grungy time known as the 90s. You may disregard the series as an obsolete adaptation of one of the better heroes of today, but you would be overlooking something—this show is insane. On the surface, it is an animated series revolving around the Armored Avenger, but strip away the gold and red armor and you’re left with a madman’s sonata, a cacophony of eldritch abominations flailing at one another with the skins of Marvel characters crudely stapled to their great and terrible flesh. If thou be willing, and strong of heart and mind, then read on to see how deep this armored rabbit hole goes. 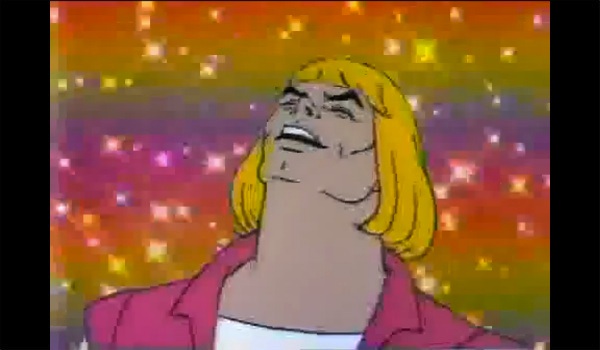 Before we can delve into the insanity of Iron Man, you have to first understand the insanity of He-Man, a series of seemingly random toys in the 1980s that launched a cartoon series to help sell said toys. Now, while Iron Man originally existed as a comic, the first season takes more inspiration from He-Man than anything else. Don’t believe me?

Well to start, both shows are about two individuals who are clearly the same person, and yet inexplicably no one can put two and two together—Tony Stark with his “bodyguard” Iron Man and Prince Adam with He-Man. Both feature an inexplicably random group of villains living together to fight a group of heroes who live together—Iron Man with his Force Works, a bootleg Avengers, and The Mandarin who lives with apparently all of Iron Man’s rogue gallery. Both even feature an episode focusing on a fake version of the protagonist! The plots, at least for the first season, therefore, rarely diverge from what feels like a six year old narrating a battle between his Iron Man action figures.

Perhaps most significantly, however, is that both shows cut costs by just reusing the exact same stock footage of the main hero “powering up” into his alter ego. He-Man constantly reused his power up scene where he shouts “By the power of Greyskull, I have the power” — a phrase that I never realized sounded so redundant until actually seeing it written out- – and Iron Man reused his suiting up sequence in every episode, at every given opportunity. Why this is troublesome is that the power-up sequence depicts a lab-coat wearing Stark powering up in a metal room, so you’ll have Tony in the Jungle or in the Himalayas only to inexplicably be indoors for twenty seconds.

Here’s the thing though, that armor-up sequence that they replay every episode is likely the most expensive shot in the entirety of the series, as its a CGI rendered Iron Man shot that perfectly reflects the nineties in its quality. Whenever Tony puts on his helmet, the animation does a rough — and I’m talking having to take the MCAT printed on sandpaper with a number one pencil levels of rough — bleed transition from the animated style to the awkward CGI. Now, if CGI is crazy expensive today, I can only imagine the virgin sacrifice necessary to get twenty seconds of Tony Stark just raising his arms up and down in the Iron Man armor, which brings me to my next point…