Home » 5 Unique Comic Books That Should Be Turned Into Films 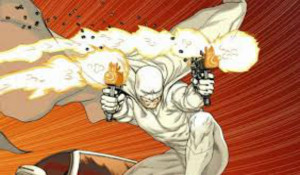 The original tagline for Mark Millar and Steve McNiven’s Nemesis was “What if Batman was the Joker?”. The series essentially follows a protagonist with a similar backstory to Batman, and, indeed, who in fact is similar to Batman in almost every way. Apart from the minor fact that he’s, well, completely evil.

Millar is known for how he puts superheros into a non-conventional setting, such as Marvel Civil War introducing the Superhero Registration Act, Marvel 1985 introducing superheros into the real world, Wanted showing what would happen if the supervillains of the world rose up to eradicate all the heroes  Superior being about a disabled twelve-year-old boy being granted superpowers, and Kick-Ass exploring real life superheroes.

Now Kick-Ass 2 has underperformed at the box office and the sequel to Wanted is firmly lodged in development hell, Nemesis looks like it will be the next Mark Millar series to be adapted. Originally set to be directed by Tony Scott until his tragic death, the film will now be helmed by The A-Team and The Grey director Joe Carnaham. And, if the other adaptations of Millar’s work are anything to go by, we could have something truly spectacular on our hands. 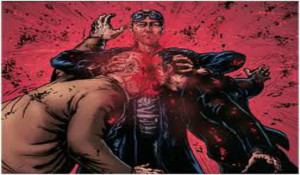 Garth Ennis’s The Boys, possibly the most adult comic book series in history, was originally published by Wildstorm before moving to Dynamite Entertainment. Wildstorm, being an imprint of DC, was unhappy with the anti-superhero tone of a series in which a C.I.A team is created in order to keep the superheroes of the world in check. I guess you would need that in a world where all the superheroes are violent, sex-crazed lunatics.

So adult it surpasses even Ennis’s earlier work, The Boys – along with Nemesis – seems find a mass audience: with superheroes being all the rage right now, are cinema-goers really ready for something 100% anti-superhero? Well, all we can say is, why not find out?

In order for The Boys to truly work as a film, it would need to be rated NC-17 to go to the deep, dark and nasty places that the comic inhabits. Kick-Ass and Watchmen have proven that adult comic book films can work, so maybe one day you’ll get to see Billy Butcher decapitating a superhero with a crowbar at your local theater (if it’s a theater that shows NC-17 rated films, of course). 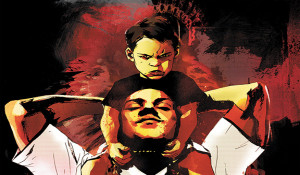 Before his work on Punisher MAX and Wolverine bought him into the mainstream, Jason Aaron was best known for Scalped, his creator-owned series about the struggles faced by Native Americans as they struggle to balance to problems of modern life while preserving their traditional way of life; effectively, a Western from the “otherwise”.

Dealing with real-life social issues like poverty, crime and drug addiction, if it is made into a film, Scalped will probably fall into ever-growing “It’s based on a comic book but you didn’t know that” sub-genre, along with A History of Violence and Road To Perdition. With such memorable characters as blood-thirsty brawler Dashiell Bad Horse and vengeful FBI goon Baylis Earl Nitz, it would certainly be a welcome addition to the catalogue.

Which other non traditional series would you like to see adapted into films?