Home » Game of Death: The Mutants of the Wolverine 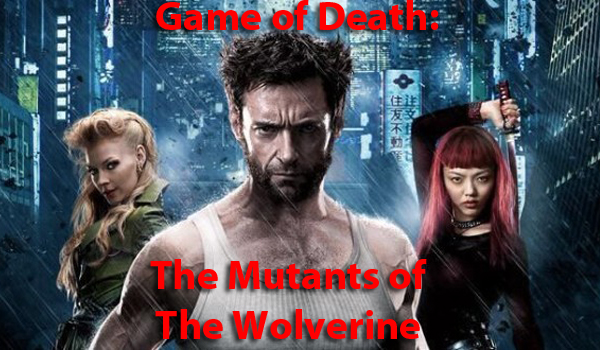 Despite all appearances to the contrary (and in many ways, to it’s betterment), The Wolverine is an X-Men movie, and that means one thing: mutants. However, unlike previous entries in the franchise, The Wolverine has only three mutants in the whole film (well, let’s say up until the credits start rolling…). Three. That’s it. Wolverine, Yuriko, Viper. Now, as we learned from The Last Stand and X-Men Origins: Wolverine, packing an X-Men movie chock full of mutants isn’t necessarily a good thing (less can mean more in the character stakes), and even X-Men: First Class suffered from an overload of familiar faces only there to please the fans (COUGH Wolverine’s cameo COUGH).

Having so few mutant characters enabled The Wolverine to do something that no other X-Men film has achieved, actually making every mutant’s powers relate directly back to the film’s theme: death. The main driving force in the entire film is technology magnate Yashida’s fear of death. In the opening scene, we meet Yashida as a young man too afraid to follow his fellows in the honorable death of seppuku. Now, 60+ years later, Yashida has become obsessed with his own mortality, specifically in prolonging his life. The three mutants in the film each have a power designed to allay that very fear of death. 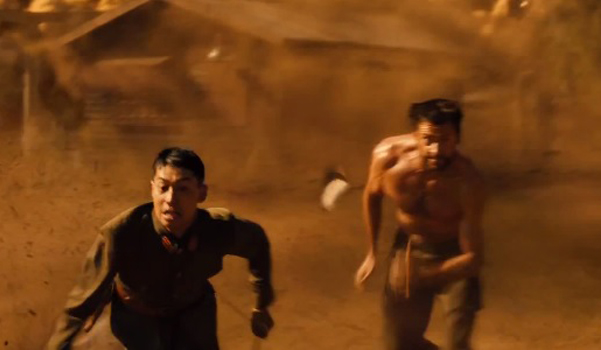 Yuriko is essentially around to be Yashida’s warning bell. Her power, to be able to see the moment of a person’s death before it happens, removes the “unknown” aspect of the death, guaranteeing that her master will at the very least be able to see it coming. For a man whose life is built around the fear of that very moment, it follows that he would want Yuriko around him. One can imagine it would be reassuring for a man to be told daily and with full confidence that today is not the day he will die. In addition, if she told him that he was going to die, it would provide Yashida with the opportunity to prepare himself (or do whatever he could to prevent it).

Viper, who is immune to all toxins (and is toxic herself), as well as being an extremely talented chemist (verging on alchemist), represents the temporary solution to Yashida’s fear, or to get all metaphorical on ya, the earthly solution. She does as much as possible to extend Yashida’s life, although the quality of that life seems to be less of a concern. However, Viper is little more than a stop-gap, a band-aid: all she can do is delay the inevitable.

If Viper is the earthly solution to Yashida’s mortality problem, then Wolverine is the godly one. Essentially immortal, Wolverine represents Yashida’s ideal and his true goal: the man without the fear of death. Wolverine’s healing factor is essentially the Macguffin of the film; what Yashida actually wants is to escape his fear. Even when his power is suppressed and he is told outright that he will die, Wolverine has absolutely no fear of that moment. Perhaps the knowledge that he will reunite with his beloved Jean in death makes him okay with its inevitability, or maybe he really does have complete faith in his own immortality. Considering what he’s been through, surviving a century of war that culminated in the Weapon X procedure, the latter seems pretty likely to be the case. It is this quality that Yashida actually wants from Wolverine, and he fails to realise that the healing factor is only one aspect of Wolverine’s ability to face death without fear.

Anticipation, prevention, solution. Yuriko, Viper, and Wolverine each represent a different aspect of Yashida’s attempts to avoid and conquer death. The inclusion of no other mutants in the film allows for these three powers to be examined in relation to each other and Yashida, and each one seems to fit perfectly into the story. The mutants of The Wolverine all act as metaphors, providing a commentary on the human fear of death.

What did you think about the mutants in The Wolverine?