Home » Yes, Ben Affleck is the New Batman (and Why We Should Just Get over It) 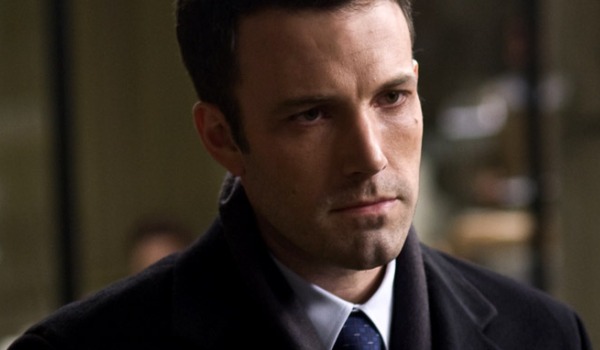 Okay, so let’s get the immediate derision out of the way: Ben “Gigli/Pearl Harbor/Surviving Christmas“ Affleck is our new Dark Knight. Of course, this is terrible, unacceptable, not to be borne! But is it, really?

I’m not Affleck’s biggest fan. Out of everyone in (almost) the entire world, I feel like I was alone in hating Argo. Well, hate is a strong word: it was, on its face, a solid, ’70s-style political thriller, but, as a cinematic throwback with a legion of historical inaccuracies, Oscar-worthy Argo was not. As such, seeing it win Best Picture over the likes of Lincoln and Django Unchained turned an otherwise mild antipathy into an intense dislike. That being said, I still feel it was something of a shame that Affleck missed out on a director nom – if nothing else, that film was well directed. Affleck’s performance in the lead role, meanwhile, despite picking up a bizarre BAFTA nod in lieu of Denzel Washington, was more or less adequate. If there’s one thing Affleck has in his acting wheelhouse it’s “quiet and intense” and the role of Tony Mendez had that in spades.

One vital thing was that, for all my reservations with it, none of Argo‘s problems as a film were the result of Affleck. His stylish direction, as I’ve said, was one of the highlights while the way he portrayed Mendez was resolutely unshowy, humble even. He even has a sense of humor about the whole thing. Ben Affleck: more likeable, at least, than Christian Bale?

Indeed, Ben Affleck is never the worst thing about any film he’s in: the films critics tend to wheel out to dismiss him. Paycheck, Jersey Girl are bad films, regardless of Affleck’s involvement. Aside from revealing generally poor choice in projects – you don’t pick up five Golden Raspberry nominations over two successive years by being Nostradamus – Affleck is nevertheless a tried-and-tested movie star, having proven himself in the likes of Armageddon, Dogma, The Sum of All Fears, and yes, even Daredevil. It’s Affleck’s take on Matt Murdock that seems to have fans most concerned about his ability to capture Bruce Wayne. As Supernatural star Jared Padlecki Tweeted earlier today:

“Wow, Ben Affleck sure was great in Daredevil. I hope he gets to play ANOTHER superhero!!” – Things no one has ever said.

Nevertheless, my contention is that Daredevil‘s main issues came not so much from its casting as, well, everything else. Its director, Mark Steven Johnson, is also the man behind both Ghost Rider movies, as well as having produced Elektra, almost certainly the most forgettable superhero movie/spinoff of all time. Kim Newman of Empire Magazine rightfully said that people “will like the characters more than the film” – not difficult given how beloved and long-standing they are within the Marvel canon. Still, it seems that 20th Century Fox must bear the brunt of the blame: there’s now a director’s cut of Daredevil available on DVD, which clocks in at about 20 minutes longer than the cinematic release and is, by most accounts, a whole lot better.

And, lest we forget, Affleck can, in fact, act. Argo aside, he picked up a Golden Globe nomination for his performance as former Superman George Reeves in 2006’s Hollywoodland with reviews praising it as “stand out”, a “terrific job”, a “superb portrayal”. In a year without the likes of Forrest Whitaker, Leonardo DiCaprio, and Peter O’Toole contending for awards, he might even have been in with a shot at a little golden man.

Having taken such a risk with the almost unknown Henry Cavill, it’s understandable that the studio are looking for a bankable actor to fill the suit of his rival number. With more than a billion dollars in grosses to his name, Affleck is decidedly mainstream, reliable, which is the cause, I believe, of a lot of the backlash against his casting. In short, Ben Affleck as Batman/Bruce Wayne feels safe, like a decision that was made by accountants instead of a passionate filmmaker with a unique vision, ala Chris Nolan and Christian Bale. Generic good looks and a borderline A-list status can make for a lot of geek rage. Of our five recent controversial choices to play The Bat, it’s hard to imagine any of them, except perhaps Chris O’Donnell, generating this level of ire. As it stands, there are a lot of people out there – serious people, serious fans – completely unwilling to even consider Affleck in the role.

Which is a shame. As Hollywoodland has shown, Affleck can certainly pull off the world-weary gravitas that Zack Snyder seems to be looking for in the character for his upcoming Man of Steel sequel – to contrast with Cavill’s more callow Superman – and, though he’s unlikely to play a huge part in proceedings (famous last words, perhaps), Affleck’s also got the cocksure grin necessary for infamous playboy Bruce.

It remains to be seen what happens to Affleck’s Boston accent in the role (many of the jokes on Twitter focus on this), and indeed the jokes are easy to make. Still, he has the chin for it and, at 6’3″, the physicality, and, if Ryan Reynolds gets to take another dip in the superhero pool after Blade: Trinity made a proverbial mess in it, why shouldn’t Affleck get another shot? He might not be Josh Brolin, for instance, one of the actors mooted for a more Frank Miller-esque Batman, and there might be a lot of crap on his filmography, but the same can be said of Will Smith and he’s still more or less universally adored. Affleck might be a generic choice, but he’s a perfectly reasonable one. He might even be able to pull a Clint Eastwood and direct himself in the inevitable Batman standalone when the time comes (after all, Warner Bros. has been angling for him for a while).

After a few days to come to terms with the announcement, the rigmarole will blow over, as it always does, and maybe we’ll be able to look at Affleck’s casting with a more objective eye. The film could well be crap – as Sturgeon’s law dictates, ninety percent of anything always is – but, overall, I think there’s a lot of reason to be hopeful.

After all, if a man can go from dating Gwyneth Paltrow to Jennifer Lopez and finally marry Jennifer Garner, his Daredevil co-star, anything’s possible, right?

What do you think of Ben Affleck’s casting? Sound off below or tell us on Twitter!