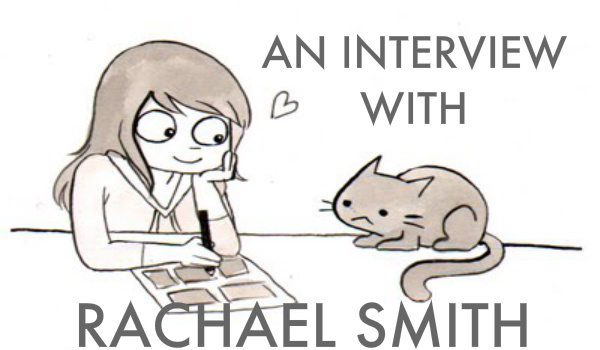 New York Comic Con 2013 has continued to expand from its modest airplane-sized hangar origins to the sprawling, takes-45-minutes-to-walk-from-one-end-to-the-other, pop-culture juggernaut and geek-based streptococcus Petri dish that it is today. No matter how large the Con gets though, my favorite part of any comic book convention is checking out the indie titles and start-up works that grace the show floor. Rachael Smith, British cartoonist and intergalactic bad-ass, was kind enough to give me a few minutes to talk to her about what’s going on in her 6-panel world these days.

AP2HYC: I’m here with Rachael Smith of Flimsy’s Guide to Modern Living, I Am Fire, and The Way We Write. Are you enjoying Comic Con, Rachael?

AP2HYC: Awesome, glad to hear. So I guess I’m going to talk about all of your items you have here today; let’s start with I Am Fire. What is I Am Fire about?

RS: It’s about this teenage girl called Jenny who’s going through that awful teenage phase where she’s just like horrible to everybody. She’s really mouthy and not very nice. She’s doing her work experience in a really stuffy department store; she’s not really enjoying it. And then she meets this other teenage boy called Chris, who is a pyromaniac; also he kinda shakes her world up a little bit and makes her reassess things. They get in a lot of trouble together. 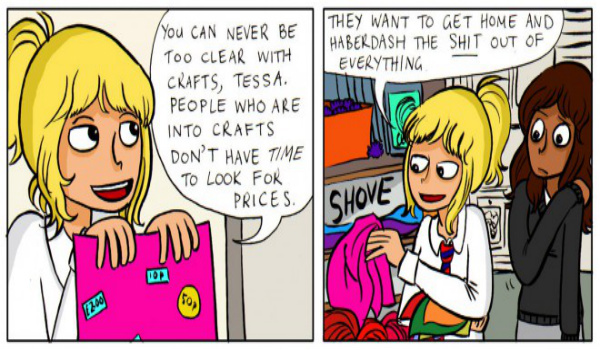 Rachael Smith also knows how to use haberdash as a verb. HABERDASH AS A VERB. They should’ve sent a poet to conduct this interview…

AP2HYC: What would you say the influences for I Am Fire are? Firestarter with Drew Barrymore? “Firestarter” by The Prodigy?

RS: (laughs) Gosh, well, there’s a department store—well its closing down actually, quite sad—a department store near where I live in Lester, so that sort of gave me the setting, and they had an art department that seemed to be run by either very cheerful old women or very grumpy, young women. I don’t know, maybe that gave me that dynamic.

AP2HYC: Two extremes there. And I Am Fire is your newest item right?

RS: Yeah, that’s the newest one.

AP2HYC: Can you tell me about The Way We Write, a “Her Name is Calla” Adventure?

RS: Yeah this is actually it’s about a real band called Her Name is Calla, so you can check them out as well (laughs). But they’re in this story, they go on a writer’s retreat because they want to write more songs, but they end up staying in a haunted house, so everything ends up going very, very wrong for them.

AP2HYC: Is this based on your experiences with the band or just pure fan girl-ism?

RS: I mean it’s not a true story, I’m sorry to say… It’s based on them and their sort of personalities, and they’re quite a funny lot.

AP2HYC: Awesome! Okay, and finally Flimsy’s Guide to Modern Living. I love this cover, got this cat on it. [I feel so inane in retrospect. This isn’t even a question, I’m just pointing to a cat and saying that’s a cat… right?] 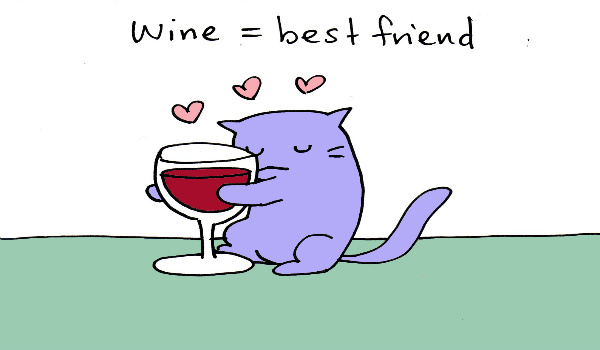 A blue kitten that knows her priorities.

AP2HYC: Now is the cat Flimsy or is this literally a flimsy guide to modern living?

RS: No her name is Flimsy; also it is a flimsy guide to modern living, one that shouldn’t be taken at face value. Yeah this is my character Flimsy the kitten, and on each page of this she gives advice on how to live. Some of it is very good advice, some of it is questionable, but all of it is quite funny.

AP2HYC: Awesome, is there a Flimsy’s Guide to Modern Living Vol. 2 coming out, I Am Ash maybe? What is on the horizon for Rachael Smith?

RS: Currently working on a story by Will Brooker. He’s written a script for me, which is very nice of him, and that’s about one girl’s experience with going to Uni. Very touching.

AP2HYC: Final question, what has been the favorite thing you’ve seen at the Con, or your favorite experience?

RS: I went to a panel today called “Beyond Webcomics”, which had Kate Beaton on it who is my absolute favorite hero.

AP2HYC: Aww [out of jealousy, not cuteness]. Did you get to meet her, or glob on her?

RS: I got to shake her hand—very quickly—and she said she liked my glasses, so that’s a highlight (laughs).

AP2HYC: That’s a life-win right there. Thank you so much Rachael Smith, where can your fans (our fans?) follow you?

Awesome. And YOU [talking to you now reader] can read more about Rachael’s work right here on AP2HYC. Check out our review of I Am Fire here  and expect more reviews of her lovely British comics to follow before you can say “roundabout.”