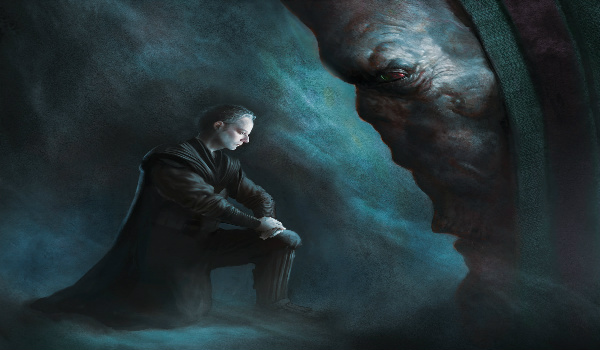 It has already been confirmed that the new Star Wars movies will be original screenplays rather than be based on any Expanded Universe material. Which seems like a bit of a shame really, when they have literally thousands to options to choose from. The Star Wars Expanded Universe is so vast and detailed that it gives the Marvel Universe a run for its money. If you want to get a taste of it, head over the Wookiepedia, the Star Wars wiki, which contains over 100,000 articles, some of which are so long that they must have taken years to write, and start building your knowledge of this extraordinary creation that started with George Lucas’s masterpiece in 1977. Hopefully JJ Abrams is on the site obsessively to expand the knowledge of the universe that he will control for at least one film.

And with so much to choose from, let’s look at some of the best Expanded universe stories that would make awesome movies. 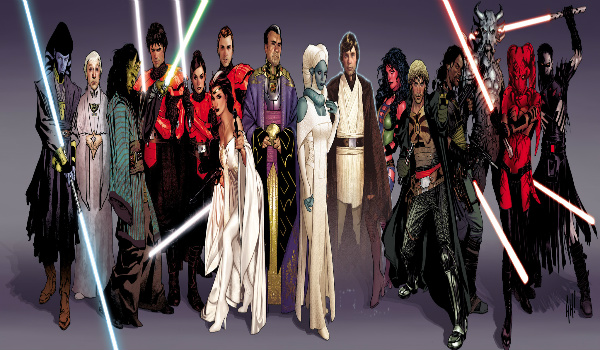 Kind of the opposite of The Old Republic, which takes place in the early days of the galaxy, Legacy of the Force goes deep into the future of the galaxy. The Empire may be destroyed and the Yuuzhan Vong defeated, but peace is still only a dream, especially when Sith Lord Darth Krayt says, in his own words, that he has “broken the spine of the galaxy”.

Written by Star Wars veteran John Ostrander, and not to be confused with the Legacy of the Force series of novels, the series explores how everything we’ve seen before would shape Galactic History. Let’s see the consequences of the actions in the previous films. 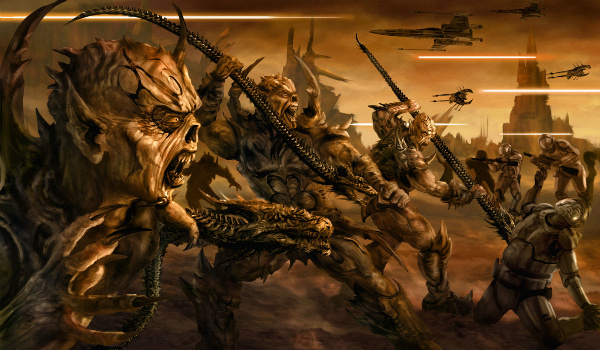 When it comes to the New Jedi Order, the entire series of nineteen incredibly long novels can be summed up as follows: they killed off Chewbacca. Yup, everyone’s favorite Wookie was killed by a collision of two planets caused by the invading Yuuzhan Vong, technology hating aliens from a distant galaxy who plan to rule supreme. Originally Luke was going to die, but George Lucas quickly put a stop to that. He must hate Chewbacca, that would explain why he never got a medal at the end of A New Hope.


Much darker and more mature than Star Wars has ever dared to go before (the death toll at the end of the series is 365 trillion), adapting the New Jedi Order would certainly fit with Hollywood’s current obsession with being dark and gritty. Although fans will not take kindly to seeing the Luddite aliens kill off their favorite Wookie on the big screen.