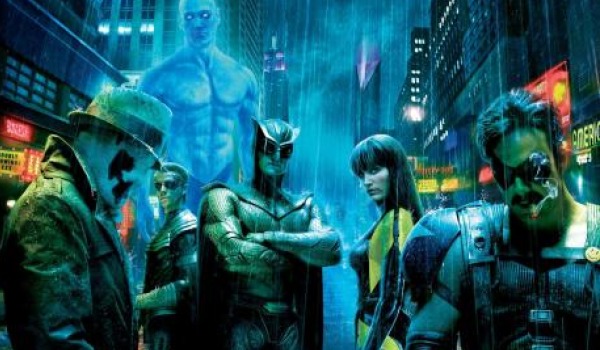 There are been film versions of Alan Moore‘s material that should never have seen the light of day. The League of Extraordinary Gentlemen clearly the prime example (but more on that another day). V for Vendetta appears equally loved and loathed by fans, and it seems hard to find somebody that will cheerlead for From Hell. But Zack Snyder‘s adaptation of Watchmen was criticised for, as one time attached producer Joel Silver recently claimed, being “a slave to the material”. Hello? Slave to the material? As though that’s a bad thing? Silver claims that Terry Gilliam (genius but no lover of structure) was attached to direct, with a very different third act in mind, a claim that Snyder has replied to, stating: “If you read the Gilliam ending, it’s completely insane,” referring to the Gilliam proposed ending where Doctor Manhattan prevents his own creation, causing significant changes to the story. “The fans would have been thinking that they were smoking crack,” Deborah Snyder, Zack’s wife and producing partner, added for good measure.

In Zack Snyder’s view: “The fans would have stormed the castle on that one. So, honestly, I made Watchmen for myself. It’s probably my favorite movie that I’ve made. And I love the graphic novel and I really love everything about the movie. I love the style. I just love the movie and it was a labor of love. And I made it because I knew that the studio would have made the movie anyway and they would have made it crazy. So, finally I made it to save it from the Terry Gilliams of this world.” In Gilliam’s version, Dr. Manhattan is convinced by Ozymandius to go back in time and prevent Dr. Manhattan from existing.

Alan Moore famously said that he refuses to watch the film versions of his work, claiming that comics basically don’t work as films because they’re two completely different mediums, plus the financial reasons. Speaking to Total Film, Moore said: “The main reason why comics can’t work as films is largely because everybody who is ultimately in control of the film industry is an accountant. These people may be able to add up and balance the books, but in every other area they are stupid and incompetent and don’t have any talent. And this is why a film is going to be a work that’s done by dozens and dozens and dozens, if not hundreds of people. They’re going to show it to the backers and then they’re going to say, we want this in it, and this in it… and where’s the monster?”

Asked during a TV interview in 2012, why he would sign away the film rights to a comic such as Watchmen if he didn’t ever want it to become a movie, Moore said he gave up the rights because he never expected any adaptations to happen, calling it “making money for old rope”. When the films came out, Moore was so disgusted by what he saw on the screen, and the money that the studios were making from the bastardised versions of his work, that he asked for his name to be removed from the credits. Moore then started refusing production money, famously giving his share of the Watchmen fee to Dave Gibbons, the artist with whom he created the series.

In an interview with The Guardian newspaper, Moore said: “I’ve developed a theory that there’s an inverse relationship between money and imagination. That if you’ve got lots of imagination then you don’t really need much money, and if you’ve got lots of money then you won’t bother with much imagination.” In fact, there’s an apocryphal story that he has the uncashed million dollar cheque for The League of Extraordinary Gentlemen  framed on his wall, such is his contempt for the film studios (and the two major comic companies, as he’s made no bones of in his criticism of their working practices over the years). I’ll be honest that such is my love for The League of Extraordinary Gentlemen comics that I happily admit to hating the film version as much as others. Hardly a swansong for Sean Connery, who retired from the industry immediately afterwards, albeit with a healthy $17m fee in his pocket. From Hell fails in its direction and V for Vendetta falls for the same reason. But, Snyder’s version of Watchmen (and there are a few versions he released, three as I recall, including the Ultimate Edition, which is really the one to watch) is a different beast indeed.

In light of Moore’s public condemnation of the filmed versions of his work, the not always popular Snyder was surely hiding nothing in trying to bring one of Moore’s most beloved-by-fans pieces of work to the screen. But, the results stand up against the criticism. The Watchmen film stays true to the graphic novel in a way that other adaptations (especially The League of Extraordinary Gentlemen) don’t, and it’s far the better film for doing so. The shots are, more often than not, direct representations of the panels from the comics, the story remains the same, the characters are true to the source material, it’s beautifully shot and made, and the acting is first rate.

The Watchmen graphic novel is listed by Time Magazine as one of the 100 best English-language novels of the modern era. The story of a group of retired superheroes in an age where the US and Russia are on the point of nuclear conflict resonated with audiences and critics alike. The heroes, Doctor Manhattan, Ozymandias, Nite Owl, Silk Spectre, The Comedian, and Rorschach were characters that were seemingly out of place in the modern world, viewed more with suspicion by politicians and the public than praise, a theme which has been picked up by subsequent writers and filmmakers in their visions of comic book story telling.

Alan Moore told Entertainment Weekly in 2008: “There are things that we did with Watchmen that could only work in a comic, and were indeed designed to show off things that other media can’t”. Moore claimed that he had no intention of ever watching the film. Disagreements about the ownership of the story, plus Moore’s growing antagonism towards how he saw the corporation’s treatment of artist and writers, past and present, led Alan Moore to sever ties with DC Comics. His disillusionment with the industry, and the political world in general, has seen him focus on his involvement with Occupy Comics. Perhaps Moore should watch the film version of Watchmen. He might not hate it as much as he thinks he will.

Now, a Terry Gilliam version of The League of Extraordinary Gentlemen, that’s a version I’d pay to see!

“Who Watches The Watchmen?” If not Alan Moore, then you? Did you like the film? Or was it an insult to the comic? Sound off in the comments or send us your thoughts on Twitter!