Home » X-Men: Where Were They Now? 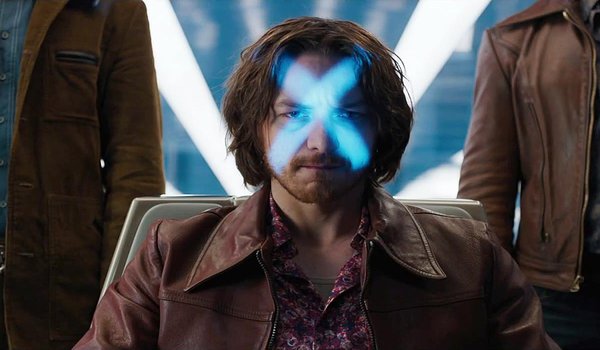 X-Men: Days of Future Past is to be the next installment in the X-Men film series, the longest-running of the superhero film franchises. Having been through several ups and downs, the series has had more than its share of detractors, but Days of Future Past promises to bring many bring back many popular characters from past and present to combat the threat of Mutant extinction at the hands of the killer Sentinels. Since the film is highly anticipated and reunites a lot of the cast across the series, this article will focus on the major characters of the franchise and where we last saw them. So, put on your yellow spandex and hop into the X-Jet, as we take a walk down memory lane. Please note, this article does contain widespread rumors for the upcoming film and spoilers for all the previous.

Let’s start with the undisputed star of the series, Logan (Hugh Jackman), better known as Wolverine. Everyone’s favourite – the hairy one with the hedge-clipper claws – has had a bumpy ride over the past few years. After killing his true love Jean Grey in X-Men: The Last Stand, Logan went into a loner phase (again), grew a beard and lived in a cave. This led to the events of The Wolverine, where he went over to Japan with bad-ass bodyguard Yukio and faced his own mortality along with dealing with his despair over Jean’s death and eventually found new love in the form of Mariko Yashida. However, Logan ended up losing his adamantium, so now he is back to his original bone claws. How he’ll get back his trademark weapons may be explored in the next film, though: we’re assuming it’ll involve Magneto in some capacity. Now rejuvenated and ready to face the world, Logan sets off with Yukio to have adventures – only to end up in America two years later minus one bodyguard and reunited with the X-Men. As worlds hang in the balance, we know Wolverine will be sent back in time to avert the crisis.

Next is our second protagonist, Professor Charles Xavier (Patrick Stewart/James McAvoy), who we last saw making a not-so-surprising-but-somewhat-morally-dubious return from the dead at the of The Wolverine. The elder Xavier (Stewart) was disintegrated by Jean during The Last Stand but was implied to have transferred his mind over to a catatonic man with no higher life signs as seen at the end of that movie. His younger self opened his school for mutants, but was accidentally shot in the back by Magneto and Moira MacTaggert and ended X-Men: First Class with the tragic cry of “I can’t feel my legs.” It seems since young Xavier has taken life a bit hard since then, growing a beard and becoming quite bitter regarding the treatment of his species, which is quite odd considering the ’60s were all about civil rights equality. Both Xaviers will cross paths during Days of Future Past, and we will see how the two mirror each other.

Magneto still remains one of the series’ most interesting characters, played by Ian McKellen and Michael Fassbender. The young Magneto spent his first appearance in First Class dealing with his own inner rage and a conflict whether or not mutants are the superior race, and then got revenge on Sebastian Shaw (Kevin Bacon) through one of the most visually amazing deaths of all time, before taking on his most recognised role as a pro-mutant terrorist. His elder self has gone from post-to-post in his attempt to justify his cause to prevent another holocaust, though I think the character went a bit wobbly in The Last Stand where he turned into what felt like a dictator and became the very thing he despised, and it ultimately cost him via the loss of his powers. However, it seems the mutant cure wasn’t permanent and Magneto got his powers back, coming to Logan for help, knowing his own might and ideals won’t save him or mutant-kind alone.

I believe Mystique has finally got some attention as a character since she didn’t really emote much in the first three films and was cruelly dumped aside in The Last Stand. Everyone’s favourite blue-skinned shape-shifter, played by Jennifer Lawrence, teamed up with Magneto at the end of First Class but left her adopted brother Xavier and love interest Beast on a high note. Years on, she is apparently on her own and out to assassinate someone, possibly Bolivar Trask, the guy who invents the Sentinels. Why she has abandoned Magneto and Xavier is unknown, but hopefully we’ll explore why she has, how she gets back with Magneto as his loyal minion, and maybe have some more screen-time with Wolverine.

A lot more familiar faces will be returning – in the 1970s period, Nicholas Hoult returns as Beast/Hank McCoy, who I’d like to see fit more into the personality that Kelsey Grammar presented in The Last Stand. In a surprising move, we learn that Toad will be making an appearance, last seen in the first film played by Ray Park and he took a rather nasty electrified plunge into the Hudson river. Lucas Till will be back as Havoc/Alex Summers, though whether or not Logan will take note of any possible connection to the late Cyclops is unknown. Everyone’s favourite anti-mutant jerk, William Stryker, returns for the third time, now played by Josh Helman, following in the steps of Brian Cox and Danny Huston. Presumably it is here that he will develop his hatred for mutants, and maybe meets Wolverine for the first time.

In the future/present day, a lot of fan favourites return – Halle Berry returns as white-haired, weather altering Storm, sporting another new hairstyle. Apparently Storm will have a shocking secret revealed about her. Maybe we’ll find get a backstory or something, or possibly a connection to the villain Shadow King. Shawn Ashmore, Anna Paquin, Ellen Page, and Daniel Cudmore return as the no-longer youngsters of the X-Men – Iceman, Rogue, Kitty Pryde/Shadowcat, and Colossus. Iceman is sporting a beard this time and has presumably mastered his powers after overcoming his anxieties in the third film by kicking Pyro to the curb. The relationship between Iceman, Rogue and Kitty is a bit vague, but it is possible Iceman is now with Kitty. Kitty plays a vital role in the film, using her powers to send Logan to the past. And with Ellen Page’s recent act of boldness where she came out at an LGBT conference, I’m looking forward even more to see her as Shadowcat once again. Rogue’s screentime has been cut from the film, but I hope she still appears in the film.

And while we still have time left, let’s have a roll call of the new characters: Tyrion Lannister himself Peter Dinklage appears as Bolívar Trask, creator of the mutant-hunting Sentinel robots; interestingly those who have a good memory will know that Trask already appeared in the third film, played by Bill Duke, though he on the American cabinet and was retconned as just having the same surname. Omar Sy plays Bishop, a mutant from the future who can absorb energy and redirect it as kinetic blasts. He and his group have joined up with the surviving X-Men, which includes Warpath (Booboo Stewart) who has super strength, flight and invulnerability, teleporter Blink (Fan Bingbing), and solar-powered Sunspot (Adan Canto). The other notable newcomer is Quicksilver (Evan Peters), a supersonic mutant and Magneto’s son – the character or at least another incarnation of the character has been confirmed to appear in The Avengers 2.

With plenty of old and new characters to enjoy, X-Men: Days of Future Past is going to one of 2014’s most exciting and anticipated superhero films.

Are you looking forward to X-Men: Days of Future Past? Which of your favourite characters are you excited to see again? Sound off in the comments section below.