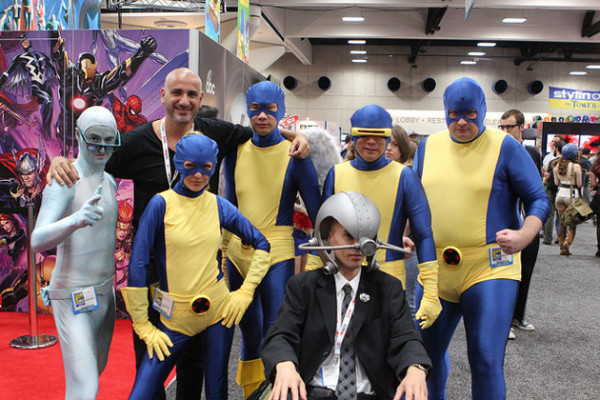 Are you pumped for X-Men Days of Future Past? I’m pumped for X-Men Days of Future Past! Little confused as to why they showed a clip from it during the Amazing Spider-Man 2 credits, but still pumped! And being pumped as I am got me thinking. Which are the worst X Men ever? And thus I spent the next 38 hours going over every… single… X-Men character. There are WAY too many to count. But one thing I have noticed is the costumes.

There have been some awesome X-Men outfits over the years. And there have also been some stinkers. So why not take a look at them today. Anything to prolong having to go outside, am I right? This is the Top 10 WORST X-Men Costumes!

DISCLAIMER! This list is my own personal opinion. If you don’t like it then I should inform you that an orbital military satellite is currently tracking your position and further disagreement will result in your house being napalmed. Have a nice day.

So, yeah… it’s just a pair of trunks. Practically underwear. That’s it. You could make the argument that as he’s a blue furred, muscle bound, monstrosity he doesn’t need an outfit. Which I accept. But could they not put a LITTLE effort in? Just a smidge? It’s got the “X” logo on it so I guess that’s something. And as I said, he’s furry so he probably doesn’t get cold. But come on. There’s no reason they couldn’t have gotten a little creative, right? Right? No? Fine. Have it your way.

Awwwww. Look at him. With his itty bitty whiskers. He’s adorable! Yep, this is how Wolverine, arguably one of the most bad ass characters in all of comic book-dom, looked the very first time he came to print. Namely, The Incredible Hulk #180. Any coolness over the fact that the very first fight Wolverine had was with the Hulk is immediately negated when you look at his outfit. Thankfully the next time we saw him he got an upgrade which looked a lot better. Doesn’t change the fact that he looks so damn cute here though. 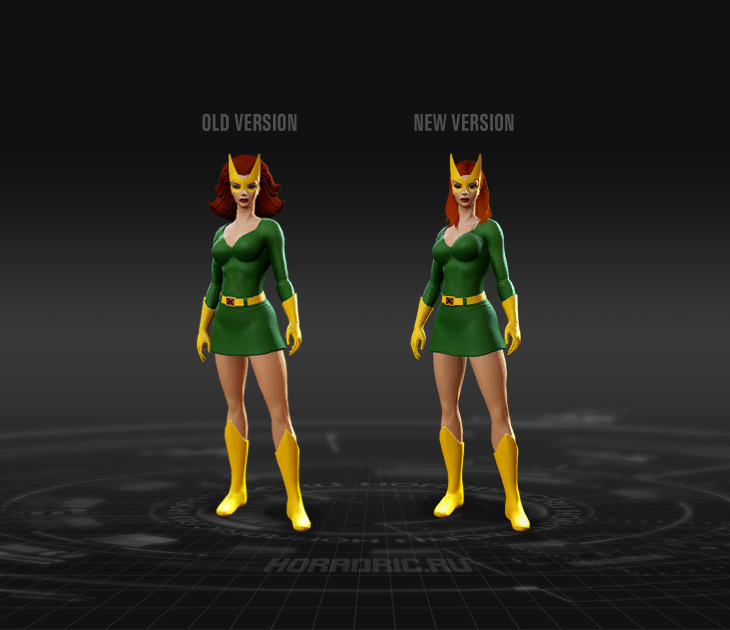 Only in the 60’s. A lot of people, when criticising Jean Grey’s costume, tend to go for the animated series version or her New X-Men design. I’ve never really seen what was wrong with those outfits personally, but I do with this one! First the gloves. Tell me, are you dong the washing up later or something? Then there’s the mask. I’m fairly certain that it’s not going to do much to hide your identity. And why does it look the way it does. I don’t get it. Why is it so pointy? And finally, the skirt. Why? What makes you think that skirt will be useful going into battle? One gust of wind and you’re a Marilyn Monroe parody!

Holy Olivia Newton John! Needless to say, this outfit was a product of the time. A sparkly, rollerblading, bellbottom wearing product of the time. There’s no way you can’t make fun of this costume. Just look at it! She’s like Saturday Night Fever‘s table scraps. And then there’s the make up. Wouldn’t that be a bit time consuming? Imagine there’s a bank being robbed and she has to get it on her face in the correct shape before they get away? There’s no way she could do it in time! Mind you, at this point she was less concerned about fighting crime and more concerned about getting a recording contract. So… you know… priorities.

Oh come on! First Starfire, now Emma Frost? When it comes to superhero outfits ladies, less is not more! Less is less! Less is borderline inappropriate! She was teaching at a school when she was wearing this! Imagine how the male students would have reacted! They’d probably use a lot of exclamation points! Like I’m doing! I should probably stop! But I can’t! It’s just so awful! AHHHGGGHHH! Okay, I’ve calmed down. But seriously, this makes no sense. Emma Frost has been known for dressing provocatively but this is pushing it. And clearly she hasn’t got any fir so there’s no way se isn’t cold.