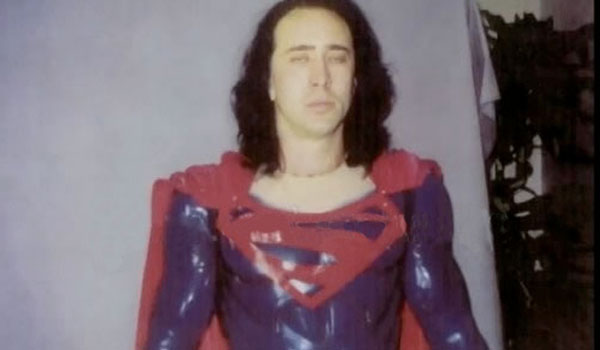 About a year ago, this site forever immortalised in stone and blood (Slight exaggeration) the worst casting choices in superhero history.  And now… we’re gonna do it again! Because, lets face it, Hollywood has mucked up casting plenty of times and will continue to do so in the future. That is, until the revolution comes, putting me in the exalted position of benevolent dictator for life. But you don’t have to worry about that… yet. For now, just sit back and relax as we count down some more of the worst casting choices in superhero history!

DISCLAIMER! Geez, this again? Every time I do this I have to appease the masses and say that the list is my own personal opinion. Well you know what? No disclaimer! That’s right! You have a different opinion to mine? That’s fine. You want a reason to complain in the comments about how your choices don’t line up with mine? Go ahead! I’m done! I don’t care any more! I’m out! Let’s just do this thing, okay? OKAY?!? Alright then.

Emma Frost is a perfect femme fatale. Morally ambiguous, aloof, intelligent and a bit of an ice queen (Geddit? Because she can turn into diamond? And another word for diamond is ice? It’s funny. Laugh. Now.). And what a shame that in Matthew Vaughn‘s otherwise brilliant X-Men: First Class she was rubbish. Her character had all the depth of a small puddle. But the real problem lay in January Jones‘ performance. Her delivery of the line “Pathetic” haunts me to this day, being as it was so completely devoid of any and all emotion. A Dalek would have been more convincing, I swear. The rest of the film she just seemed to glide along in the background and not do much. The Emma Frost I know would NOT have gotten Kevin Bacon ice for his drink. She’d have said something scintillating and let him do it himself. Shame on you January! What would Don Draper say? I don’t know because I don’t watch Mad Men, but I’m sure he’d be disappointed!

Stop shouting! I don’t hate Gene Hackman! Rest assured, I think he’s a good actor. Hell, I don’t even think he gave that much of a bad performance in the Superman films. It’s just that he was so cheesy! And that’s not really his fault. The character was written cheesy. It would have taken a powerhouse of an actor to make the role work. A god amongst thespians I tell you! But that, sadly, didn’t happen. Now, much like with Batman, I don’t like Superman as a character but I do like his villains. Well, one of them anyway. Lex Luthor is a superb concept for a villain. He’s a criminal mastermind who maintains a benevolent public persona of a legitimate buisnessman. Superman can’t just fly into his office and beat him up, otherwise HE’D become the criminal. So it’s a game of wits between the two, both waiting to see if the other will slip up.

That concept was entirely missing from the original Superman films. If Hackman was sitting in his office at Lexcorp and said “I’m going to buy lots of real estate and then destroy the land next it to make myself richer” I’d buy it. But instead he’s sitting in an underground lair in a dressing gown as a wanted criminal. It’s not a battle of wits, its a battle of Superman actually managing to find him and avoid the kryptonite. You see how it doesn’t work?

4. Jessica Alba as The Invisible Woman

I know in the article from last year, Ioan Gruffudd (I’ve run out of jokes regarding his name. Make something up for me, will you?) made the cut, and deservedly so. So in the spirit of continuing to make fun of the horrible Fantastic Four films, let’s look at Jessica Alba. You know, I can get past the fact that she’s brown hared, brown eyed and of Mexican descent and was cast as a character with blonde hair and blue eyes. That doesn’t bother me so much . What bothers me is that she’s crap. Really crap. And you know, bad enough that she constantly had to get naked for no discernible reason other than fan service. Bad enough she had less than no chemistry with any of the other actors. Bad enough that her performance in general was terrible… I’m not really going anywhere with this. She’s just bad. Really bad. No other way of saying it.