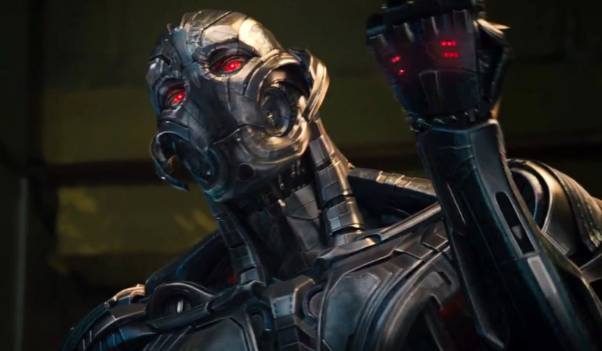 With the release of Avengers: Age of Ultron less than five months away, it has become a tedious and grueling countdown for fans such as myself who cannot wait for the movie to hit theaters. Up until then, most of us are scrambling for any leaked screenshots, set pictures, or plot details that we can get our hands on. Thankfully, Marvel Studios is being generous and giving us plenty to work with until the film’s release. Tonight, we were treated to the second official trailer.

While I get excited at any mere mention of anything related to Marvel, I wasn’t drooling over tonight’s trailer. It was fantastic, and it still gave me chills down my spine, but it was hardly any different than the first official trailer. We got some better shots of our heroes, a clip of an action sequence, and a better hint at what is going to happen in the story.

One of the biggest topics of conversation regarding the first trailer was the Hulkbuster armor finally making an appearance.

When I glimpsed the Hulkbuster in the first trailer and saw it actually fighting the Hulk, I assumed that Ultron had taken over the armor and was using it to run amok across the city, requiring the Hulk to stop him. After watching the new trailer, I realized I may be wrong. Check out this shot:

Notice something weird in Hulk’s eyes? It’s like there is more behind the Hulk than just his ordinary rage. It’s most likely that Scarlet Witch (who is working with Ultron for some reason or another) has psionically “shut off” the inner control in the Hulk’s mind, causing him to go on a rampage. Without the mind of Bruce Banner at the wheel, the Hulk is an unstoppable monster with virtually no limit to his destructive tendencies. Another shot in tonight’s trailer showed Tony Stark in the Hulkbuster armor as he combatted the unstoppable beast. I can already tell that this scene will be one of the most memorable moments of the entire film.

Speaking of Bruce Banner, there is something else I want to mention. Early in the first trailer, there is a shot of a decrepit, half-broken-down Ultron crashing the Avengers’ party. In tonight’s trailer, we see the scene again, but Banner actually refers to him as “Ultron.” There was a discussion not too long ago about how Ultron was going to be built by Banner and Stark rather than Hank Pym, like in the comics. I may just be over-analyzing this one specific instance, but it’s interesting to think about.

This shot really caught my eye. It looks like a slender, bald figure moving through ruins and taking off their cloak. Could this be Nebula, who was last seen escaping a massive airborne battle in Guardians of the Galaxy? I’m trying my hardest to believe it’s not her because I think it would be odd for Marvel Studios to bridge the gap between the Guardians and the Avengers with such a random character, but anything is possible at this point. Maybe this is an after-credit scene?

EDIT: Upon closer analysis, it appears that this is quite possibly a woman from Wakanda. See further details below.

Finally, I want to talk about this guy.

Recognize him? It’s okay if you don’t; you may have only seen him in motion-capture suits and behind-the-scenes footage of your favorite films. That’s Andy Serkis himself, known for his motion-capture roles as Gollum from The Lord of the Rings, and Caesar in Rise of the Planet of the Apes (and its sequel).

Nothing has been confirmed yet, but the popular theory going around is that he is playing Ulysses Klaw. This villain is known mostly for his work with Vibranium, the core element in Captain America’s shield. Klaw steals Vibranium from the African nation of Wakanda, home of Black Panther, and uses it for his own nefarious purposes.

Needless to say, Klaw’s inclusion in this film could mean a whole lot for the Marvel Cinematic Universe. We already know for a fact that Black Panther will be showing up in Captain America: Civil War, and that he will have his own film as well. Klaw could be the lead-in for Black Panther, however, I’m not entirely sure as to how prominent his role will be. During filming for Avengers: Age of Ultron, Serkis was also working on the equally extravagant Star Wars: The Force Awakens. Actors have worked on multiple films at the same time before, so maybe Serkis pulled it off and might be a huge part of both movies after all? Who knows what he’s up to?

One more note: We still haven’t seen Vision, which I’m not complaining about. It gives us something to look forward to when the actual movie comes out. I like the fact that Vision’s appearance may be a surprise. Here’s to hoping that Marvel has a plan for one of my favorite heroes…

Overall, the trailer wasn’t mind-blowing or incredibly fresh, but it was still pretty cool. I mean, I’m still going to watch it repeatedly until my computer fries or my boss calls to tell me that I’m late for work. Whichever comes first.

What did you think of the trailer? Did you pre-order your tickets yet? Let us know in the comment section or on Twitter.