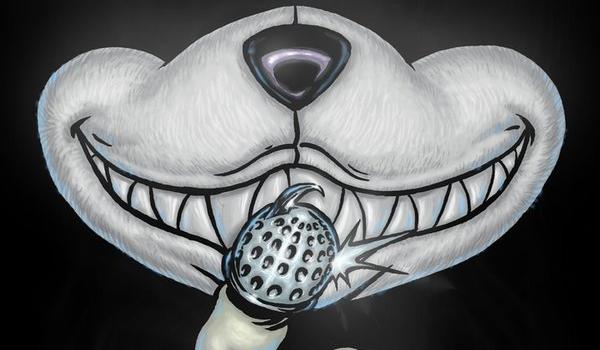 Brett Uren‘s Torsobear Volume 2: All Stitched Up is currently funding on Kickstarter, and we’ve been granted a sneaky look inside the land of Toyburg and what Detective Ruxby Bear is getting up to now that he’s made Toyburg a safer place to live in. Unfortunately, things have taken a turn for the worse for poor old Ruxby – he’s been framed and sent to the place where all the naughty toys go… The Corner!

The bulk of this preview is taken up by “The Stitch and the Switch”, Brett’s own opening chapter to this hopefully soon-to-be completed anthology. “The Stitch and the Switch” alone makes you want to pour over Torsobear‘s first volume, Yarns from Toyburg, due to the return of seeing Brett’s retro, pulpy artwork mixed with the beautifully subversive world Ruxby Bear must protect. It’s in this darkly twisting story that we see Ruxby put in The Corner for a crime he didn’t commit.

For a comic as gorgeously perverse as Torsobear, it’s surprising seeing a somewhat conventional approach being taken to All Stitched Up‘s introduction. As mentioned, “The Stitch and the Switch” is a highly welcome return to Torsobear, but the story itself has a ‘prequel issue’ feel to it. Then again, it’s still a hell of a lot of fun to read.

“A Tale of Woe from De-Fluff Row” and “The Law Above” opens up the decadent, tortured insides of The Corner a little more for us, telling (but not showing) us of Cuddles Calhoun, a mean son-of-a-stitch who’d hire himself out to distribute deadly cuddles in return for a few quick snorts of raw, pure sherbet. Alongside Calhoun there are those who run the prison themselves, the survivors of the Saturday Morning Wars, and them having to deal with a new addition to their staff.

It’s elements like snorting sherbet and Saturday Morning Wars survivors that make Torsobear such a delight to read. You become instantly lost in the mixture of fluffy innocence and haunting context, and coupled with the dangers that appears to lie ahead for Ruxby in All Stitched Up, we can only hope that this second volume can top the first.

Much like Yarns from Toyburg, All Stitched Up features stories and artwork contributed by multiple writers and artists. That was one of the few floors we could find with the first volume as there was sometimes a jarring effect on the reader going from one story to the next that sported wildly different visuals. Those strikingly diverse illustrations are also to be found here, but such diversity settles well in Torsobear’s set-up – multiple artists both compliment and bring something the other doesn’t into the delightful subversiveness of the comic.

In these four short stories alone, there’s plenty to enjoy, so what better reason do you need to contribute to Torsobear Volume 2: All Stitched Up‘s Kickstarter campaign now and get the whole shebang! I mean, c’mon – if we don’t donate soon, Toyburg will become poisined with corruption and deceit, we need to get these stories out in the open and save Ruxby Bear!

Contribute to Torsobear Volume 2: All Stitched Up‘s Kickstarter here, and why not check out our interview with Torsobear creator/editor Brett about All Stitched Up here? Don’t forget to let us know on Twitter once you’ve donated!