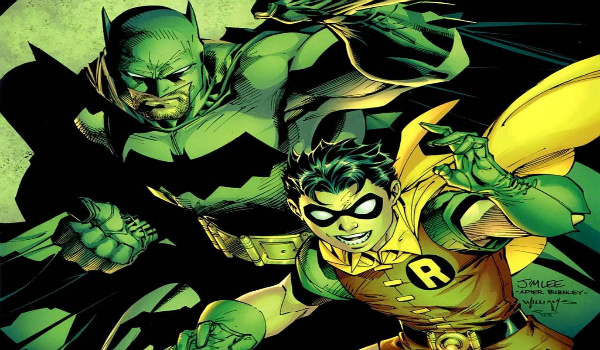 Once upon a time, in the not so distant past, DC Comics began publishing its All Star imprint. Unencumbered by the canonical restraints of the DC Comics universe, All Star would take popular superhero characters and reimagine certain aspects of their personalities and origins in self-contained stories, all under the guiding hands of some of the industry’s most brilliant writers and artists. All Star Superman was universally praised, owing to the incredible genius of writer Grant Morrison, along with astounding artwork by Frank Quietly. It went on to win the prestigious Eisner Award for “Best New Series” in 2006; just one of the book’s many triumphs.

So then why was the collective fandom scratching its head with each new issue of All Star Batman and Robin: The Boy Wonder? Surely with Frank Miller and Jim Lee at the helm, there was no way it wouldn’t be at least as equally well received as All Star Superman. Well, suffice to say, I think many fans were surprised with Miller’s take on Batman, and the book was met with some harsh criticism with regards to its writing and characterizations. There has been a sort of hysteria with regards to this book all over the internet, with many reviewers bashing it to no end. To be fair, there are moments in All Star Batman and Robin that are downright hilarious, whether intentionally or not, but the book does actually make a lot of sense. “How?” you may be asking. Keep reading to find out!

Bat-Scout’s Honor: this is the last time I will discuss anything Frank Miller related for thirty days.

All Star Batman and Robin portrays Batman at an early period during his crime fighting career, in which he is already actively seeking a suitable sidekick to train as his eventual successor. Undercover as Bruce Wayne, Batman has been keeping a watchful eye on young Dick Grayson, who performs with his family in an acrobatic act called “The Flying Graysons.” Of course, all of this is very familiar to even the laziest of fans, but the fact remains that outside of Bruce Wayne taking Grayson as his ward for the very first time during the Golden Age of comics, not much besides the ensuing events is very well explained. Bruce trains Dick, Dick becomes Robin, they fight crime, etcetera, etcetera. There are plenty of comics that delve into Batman’s psyche and the relationship between Batman and Robin (all of them), but what was it really like for young Dick Grayson in those early days?

What Miller is attempting to convey in some of the interactions between Batman and Dick Grayson in All Star Batman and Robin is that there exists a distinct possibility that young Grayson was afraid of Batman. Here we have this young boy who’s parents were just murdered before his eyes, without a moment to process the events, being literally kidnapped by a man who illegally stalks criminals dressed as a giant bat. Putting that into perspective, I think it’s safe to say that almost anyone would be confused and fearing for their life at that point. When considering this, it’s fair to say that perhaps some of the infamous dialogue during those scenes was meant to be taken somewhat figuratively. Batman’s initial cruelty towards Grayson may in fact be Graysons’s own interpretation of what is happening, especially in light of the traumatic event he has just witnessed. Not buying it? Alright, let’s look at this from a different angle.

The language in All Star Batman and Robin is, for lack of a better word, odd. Personally, I don’t believe I’ve ever heard a crime fighter address his enemy as “boy of mine,” and while humorous, we must first take a few things into consideration. The story that is being told during the events of All Star Batman and Robin is a reinterpretation of Robin’s origins during the Golden Age of comics. Back in April of 1940, Robin made his debut in Detective Comics No. 38, and for those of you that haven’t read that particular issue, I advise you to do so. It’s currently on sale here for $14,000.00 (USD). Or… you could just get one of the collected volumes. Totally up to you. Once you’ve got that issue in hand, I think you will be surprised at how similar it really is to the overall tone of All Star Batman and Robin. It becomes clear that all the criticisms towards Miller for depicting Batman as being amused at his own violence towards criminals is somewhat unfounded. During a scuffle with some gangsters, Batman tosses an entire roulette table at his foes, exclaiming “So you want to play, eh?…well…here’s a roulette table to play with!” Later, Batman addresses Robin as a “reckless young squirt,” and says he “ought to whale on [Robin]” for taking on a group of criminals by himself. Protective, or insane? The choice is yours. It all seems somewhat playful wrapped in that Golden Age, four-color skin, but there is a sadistic quality to it that was amplified through the standards of modern sequential art by the time of All Star Batman and Robin‘s publication in 2006. 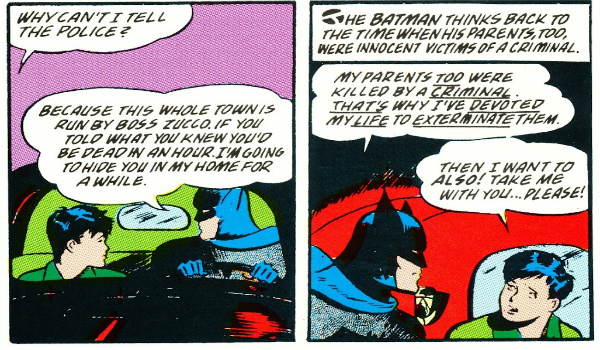 And that’s just what All Star Batman and Robin is: a throwback to a time when comics were just breaking into the collective consciousness of popular culture. Misunderstood, and often blamed for a myriad of supposed “odd” behaviors of the children who read them, comics were a scapegoat for the problems that society couldn’t figure out how to solve. What Miller has achieved is taking that notion and throwing it right into the face of the world. And what were the initial reactions? Disgust, shame, confusion…All Star Batman and Robin was ultimately misunderstood. The book stands as a flawless recreation of a time period long passed, and it was absolutely genius in its execution.

The conclusion of All Star Batman and Robin has yet to see the light of day, and I for one am not certain that it actually requires a third, closing act. After all, how many comic book stories really have a third act? Not many, by my count. That’s just another aspect of All Star Batman and Robin that solidifies it as an example of what has kept comic book readers coming back to the shelves every week: waiting for the end that never comes. At least it keeps us excited.

What are your thoughts on this controversial book? Is it not worth the time, or will it one day be lauded as a classic? Let us know in the comments section and on our Twitter page!