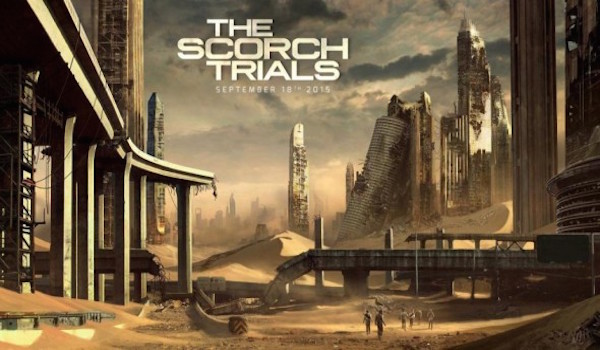 Dystopian style films are becoming very popular with all types of viewers nowadays, with the The Hunger Games franchise smashing the box office and the Divergent series also generating a huge amount of sales too, so why not throw another one more into the mix with the Maze Runner Trilogy (expected trilogy, as there are five books with two being prologues)

For me, out of all the dystopian films I’ve seen, this has to be up there challenging for my favourite! It’s as if I Am Legend and The Hunger Games had a child together. At certain points in the film, it felt as if I was watching a zombie thriller more than anything else.

The film begins straight after the end of Maze Runner with the kids escaping the Glade and being escorted into a helicopter to a safe haven, where they are supposedly safe from the hand’s of WKCD (World in Catastrophe: Killzone Experiment Department). However, are the Gladers really safe with the Scorch engulfing everything around the outside world, populated full of zombie-like Cranks, and is this safe haven really for their protection? Also, is Thomas (Dylan O’Brien) able to lead our group to salvation again and finally escape the clutches of WCKD?

Scorch Trials is surprisingly a lot darker than the first film, which is why it excels considerably more as I felt Maze Runner got a bit stale at certain points, continuously losing my excitement; however, this film manages to do the complete opposite. The plot was more engaging with the introduction of these zombie-esque Cranks, which creates a sense of fear whilst watching, as you are worried if any of the Gladers may meet their end. I think this sense was missing in the first film.

Being the second part of any trilogy is always hard as you have to carry on the story while teasing the next film. Sometimes, the second instalment seems to suffers as it is seen as a stepping stone for the epic conclusion. However, this films manages to avoid that, as all the twists within the plot are directed perfectly by Wes Ball, keeping you guessing throughout the movie. The main antagonists, members of WCKD, become even more interesting because as their mystery starts to unfold, I started to guess what their actual motives are, making me think and challenge some moral questions that are only slightly surfaced within the film.

The cast does very well in carrying in the portrayal of our young heroes, but what stood out for me in this film is the introduction of Jorge and Brenda played by Giancarlo Espostio and Rosa Salazar because their performance brought a new life within the film making certain scenes a lot more humorous, exciting, and engaging, which made me look forward for each new scene they were in. After watching this pair more and more, I started to feel that they soon surpassed being supporting characters to our protagonist Thomas and cementing themselves into their own unique cast immediately.

Perhaps the biggest Flaw in the cast is Theresa, played by Kaya Scodelario, as her purpose became significantly smaller than the first film, and I simply just got bored every time she came into the action. The character became more interesting near the end of the film, but here was the problem: I had to wait till the end of the film to be fully engaged in what was happening with her, and by then I already lost interest. This problem does occur at times with all the Gladers because as there are so many characters to concentrate on, and you start to lose what their true motives are, making them seem like a bit like dead weight at times, and with the introduction of Brenda, you briefly lose who the main love interest is, so the characterisation ends up getting a bit lost during the film. 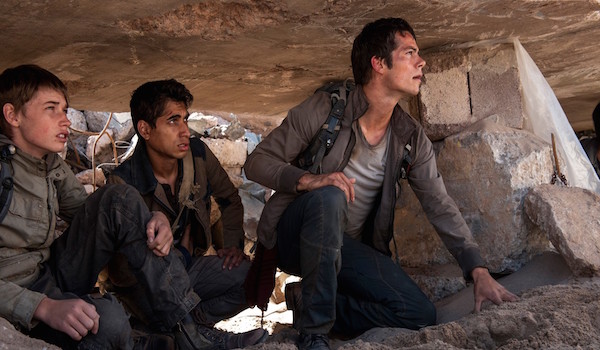 The visual effects are truly impressive, making the Scorch show its true potential. As this is a dystopian-themed film, it really needs to capture this isolated environment that is plagued by a savage virus, and the special effects excellently portray it. Not once was I questioning the clarity of the abrupt end of civilization. As soon as I saw the extent of how bad the world has gotten outside the maze, I instantly knew that the virus is a dangerous thing, which makes me want to learn more! So well done, visual effects team!

Despite the lack of characterisation at times and the humour during certain scenes being a bit dry or awkward, with the plot being a lot darker and the scenery being visually more beautiful, this film surpasses its predecessor by miles, and the scarier aspect to the film fits perfectly for the young adult audience. Even though at times it felt as a standalone film instead of a sequel, it was really satisfying, and I am now looking forward for the next installment, The Death Cell. Hopefully, they can carry this horror feel into the next film as I want to see more of these Cranks. I mean, everyone loves a bit of zombie action don’t they?

Have you seen Maze Runner: Scorch Trials yet? What did you think? Tell us in the comments or on Twitter!