Home » Ant-Man and the Wasp: Good Idea or Unnecessary Sequel? 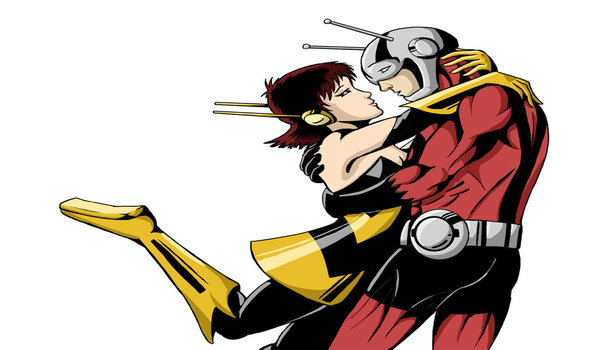 For those who haven’t heard the latest news in the Marvel Cinematic Universe, the unexpectedly good Ant-Man will be getting the sequel treatment in 2018 with the release of… Ant-Man and the Wasp! The announcement certainly came as a surprise to everyone. Though the film was absolutely enjoyable, the schedule for Phase 3 of the MCU already seemed so jam-packed. Marvel, however, once again proved that they’re doubling down on their ever-expanding universe. Their release schedule, which years ago seemed limited to merely one or two films a year, is as flexible as ever. Marvel will do whatever it takes to make sure their characters are allowed the room to flourish. Here’s why that’s a good thing…

With the newest announcement, Marvel made it a point to state, “The sequel will mark the first Marvel Studios film named after its heroine.” While it’s still not the same as having a female hero headline a film all by herself, it’s a start nonetheless. Evangeline Lilly‘s Hope Van Dyne had a number of memorable moments in the first Ant-Man film, but fans were anxious to see the heroine don her own supersuit and join the fight. The post-credits scene finally gave fans what they wanted, when Michael Douglas‘ Hank Pym reveals the updated Wasp suit he had designed for his late (?) wife, Janet. Pym realizes the suit was never intended for Janet, but instead for their daughter. Hope, in a superb meta-moment acknowledging fan anticipation, looks at the Wasp suit and says, “It’s about damn time.” 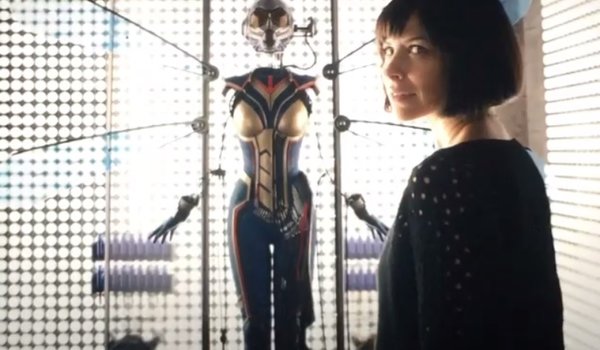 It is about damn time. But without an Ant-Man sequel in the (at the time) foreseeable future, fans walking out of the theater were left wondering when Lilly’s debut as the Wasp would take place. The first post-credits scene, which featured Captain America and the Falcon debating what to do with Bucky, was eventually revealed to be an actual scene from the upcoming Captain America: Civil War. The scene worked two-fold; not only did it build hype for Avengers 2.5, but it also foreshadowed how Paul Rudd‘s place on the team would come to be.

But, Marvel guru Kevin Feige confirmed in an interview that Lilly’s Wasp would indeed debut in Phase 3, and would not be in Captain America: Civil War, explaining, “We haven’t seen her as Wasp and we don’t want to rob the opportunity of seeing her in the outfit for at least almost the first time, and seeing her dynamic with Scott in a way it could play out, so we’re saving it. But its going to be in Phase 3 for sure.”

The biggest aspect to take away from this latest development is not only the reveal of Wasp’s debut in the MCU. Marvel also used the announcement as an opportunity to disclose the subsequent shifts in release dates spurned by the Ant-Man and the Wasp, which would debut on July 6, 2018. Ant-Man’s second adventure will lead to a couple of other films shifting their dates, with Marvel’s Black Panther moving up to February 16, 2018 and Marvel’s Captain Marvel landing on March 8, 2019.”

Alas, this isn’t the first time that Marvel’s shuffled some of its release dates. When the partnership deal with Sony was announced, Marvel revealed Spider-Man would make his first appearance in the MCU in Captain America: Civil War, which would be followed by his own solo film the next year in 2017. The as yet untitled Spider-Man film originally pushed back the release dates of several films, including Black Panther, Captain Marvel, and Inhumans. Finally, three untitled Marvel Studios films will premiere on May 1, 2020, July 10, 2020, and November 6, 2020. Suffice it to say, it’s getting rather difficult to pinpoint which Marvel films will be released when.

The more Marvel films the better, though, right? Robert Downey Jr. and Chris Evans won’t be company men forever. By introducing classic characters who’ve yet to be seen onscreen, like Ant-Man, the Wasp, Doctor Strange, Black Panther, and Captain Marvel, Marvel is hedging their bets so that they can continue on full throttle into the future of the MCU. Each new release brings the onscreen universe closer in resemblance to the one seen within the pages of its comics for the last half-century. The only possible issue, of course, is whether or not the studio can maintain its impeccable run of success after cinematic success. 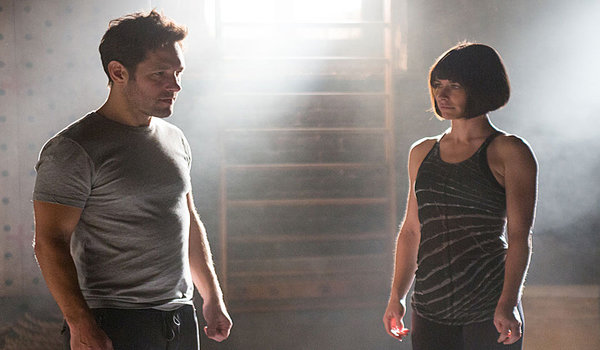 With Ant-Man and the Wasp, it’ll be intriguing to see where Marvel decides to go. The most apparent loose-end left from the first film would have to be the uncertain fate of Janet Van Dyne, the original Wasp. Though Hank Pym has long given up on his search, Lang’s return from the micro-molecular level certainly raises the question as to whether or not Janet is still alive. After Ant-Man helps out Captain America in his war against Iron Man, it’s quite possible him and Hope go off on an adventure of their own – into the Quantum Realm, perhaps? For implications for what that journey could mean, check this speculative article out here.

What may be of more importance is how the story will be divided between the male and female lead. The title (Ant-Man and the Wasp) implies that it’s not entirely a sequel to Scott Lang’s story, but a new story focusing on an equal partnership between the hero and the heroine. Hope was a main player in the first film, yet she was often seen as second-tier in terms of importance when compared to Lang and her father, Hank. If Marvel is truly going to take advantage of this opportunity, they’ll need to give the Wasp an equal spotlight, rather than have her once again fill the requisite role of being one of the sole women in a cast made up of mostly men. Even the tough-as-nails Black Widow has been relegated to the role of a damsel in distress from time to time, so let’s hope that the Wasp is once again portrayed as a capable, kick-ass woman, yet this time with a heavier hand in the onscreen action.

What do you think about Ant-Man and the Wasp? Do the original Avengers deserve a film all for themselves? Or is Marvel getting a bit ahead of themselves with the constant additions to its film slate? Let us know in the comments or send us a tweet!