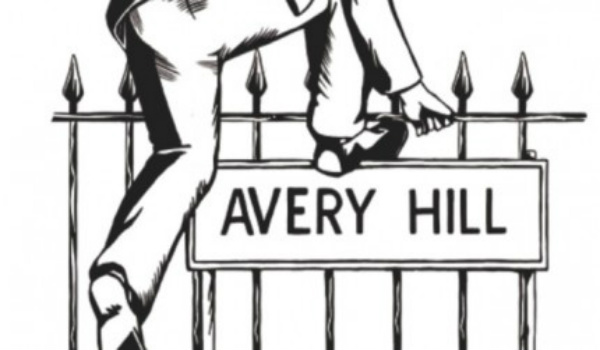 Avery Hill is proud to announce the first half of our 2016 publishing schedule! The following titles will be out this spring:

– A new addition to our AHP Arts Collection: Internal Wilderness by Claire Scully.

South London illustrator Claire Scully’s first book takes us on a journey through an internal narrative – an evocative night-time exploration of an imaginary world with the only observer being the brilliant full moon. Claire Scully is known for her nature-based illustrations, which suggest folklore and myth; here she creates bold, graphic landscapes, which encompass mountains, rivers, villages, woods and immense starry skies.

– A City Inside by Tillie Walden.

Shifting between the mundane and the surreal, A City Inside recounts one woman’s life story from childhood to adulthood. An exploration of the process of growing older; the journey towards finding out who you are and building a world that you can live in. A City Inside was recently featured in The Guardian‘s list of comics and graphic novels to look forward to in 2016.

Smith’s follow-up to the coming of age fantasy. The Rabbit is the story of a young woman living in London trying to start her career as an artist with the financial support of her family. When her little brother’s antisocial tendencies resurface, he’s sent by his parents to stay with her as a part attempt at rehabilitation, part banishment. In the first ever “Smith Universe” crossover, fan favorites Chris (I Am Fire) and Siobhan (House Party) unite for a graphic novella about the frustrations and rewards that come from the ways in which we choose to express ourselves.

Parsley Girl is having a tough day. She’s just had a tooth taken out by her super weird dentist, her best friend Margiotta Moonshine might be stuck in her mundane decorating job forever, her robot Thomas is feeling obsolete, and there’s a mysterious puppy watching her every move. So it couldn’t be a worse time for a magical portal to open in her kitchen, allowing hordes of vegetable villains intent on vengeance to invade her village! Join Parsley Girl and her pals as they seek to save the day and themselves in Parsley Girl: Carrots, Matthew Swan’s all new adventure from Avery Hill.

Also released in the first half of 2016 will be issue 3 of Metroland and issue 4 of our ongoing anthology Reads. Watch this space for more news on the second half of our schedule later this year!

For further information on any of these titles please contact kat@averyhillpublishing.com.