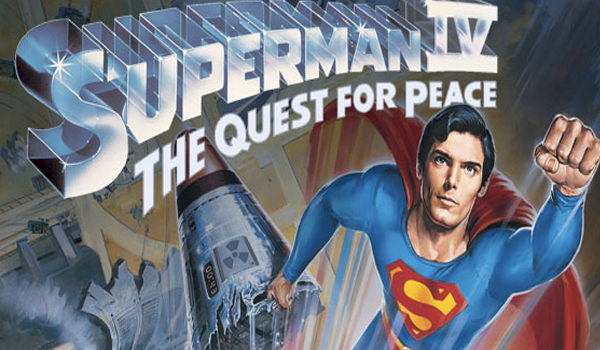 The worst comic book film ever made, one of the worst films put to screen, these are just some of the words branded about when people mention Superman IV: The Quest For Peace. Is it really that bad? Well it is, but are there any saving graces? Or is it doomed to be known as the film that almost ended the Superman franchise?

Growing up as a Superman fan, I defended the film, ignoring all of its issues and downfalls. At the end of the day, it’s a Superman film, and that was enough for me. This was until recently, when I sat and watched the film again after a few years. The nostalgia tinted glasses have been removed and I finally saw the faults that many others had seen and which I chose to ignore.

Before I delve further into the film, let me briefly discuss the history of the franchise and how it ended up in the hands of Cannon, the film company famous for producing films such as Masters of the Universe and the people responsible for rejuvenating Chuck Norris’ career into a B-List action star . How the mighty hero had fallen, gone were the more than capable hands of Richard Donner, and a screenplay featuring the talents of The Godfather writer Mario Puzo, replaced by writers Lawrence Konner and Mark Rosenthal whose previous work included Jewel of the Nile.

Due to the failings of Superman 3 and spin-off film Supergirl, both critically and financially, original producers Ilya and Alexander Salkind sold the rights of the movies to Cannon.

What started so brightly with Superman in 1978 was quickly undone, firstly with Superman 3 and then further diminished with Superman IV. Christopher Reeve and most of the original cast were still there, but hollow versions of the characters that we once loved.

As I sat watching The Quest For Peace, it was alarming to see the drastic drop in quality from the first film to this one. The budget had been slashed from an original $30 million to a lowly $17 million, and boy does it show. To put that into comparison, another Cannon released film called Over The Top starring action star Sylvester Stallone had a budget of $30 million, and it was about arm wrestling… Superman was doomed from the start.

The film has a very clunky feeling. The special effects, which once won an Academy Award and made people believe a man could fly, had been reduced to stock footage that was re-used several times throughout.

The main antagonist, Nuclear Man, was laughable. His powers included scratching the Man of Steel, making the hero sick and without powers for a brief amount of time. It’s little wonder that the gold spandex wearing villain was actor Mark Pillow’s only film role. 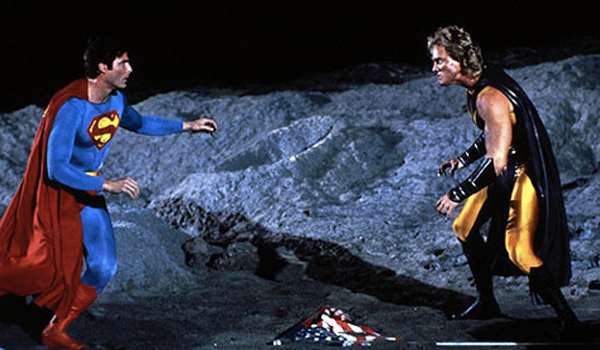 The plot of the film, which Reeve’s helped write isn’t a terrible idea. Essentially the film asks the question, what would happen if Superman intervened with politics and world affairs to rid the world of nuclear weapons? The execution is the worst part. Ridding the world on nuclear weapons coincides with the re-introduction of Lex Luthor (Gene Hackman) this time joined by annoying sidekick/nephew Lenny (Jon Cryer). The two of them somehow manage to clone Superman by rather easily stealing some of his hair, that was on display in a museum (yes really) resulting in Nuclear Man.

There are also several scenes and new powers that didn’t make sense. Superman apparently now has the ability to fix buildings by staring at them, which would have come in handy in Man of Steel.

Taking all of that into consideration, are there any positives? Whilst he wasn’t at his best, Christopher Reeve was still a great Superman. The plot involves some important messages, including as mentioned nuclear war. It also includes a nice backstory about journalism and the power of sensationalist journalism. This saw a media mogul trying to turn the Daily Planet into a more lucrative tabloid, with sensationalised stories, mirroring a certain real life media mogul.

Even though he wasn’t at his finest, it was also good to see Gene Hackman return as Lex, after not reprising the role in the previous film. The legendary actor, even when he doesn’t try, is a much better villain than the ones that featured in the third instalment.

There is also a touching scene between a broken down Clark, who is recovering from his fight with Nuclear Man and Lois (Margot Kidder), who uses this opportunity to show Clark why the world needs Superman, who had been missing in action. The two stars chemistry is still evident, and it was hugely missed in Superman III.

Christopher Reeve and the rest of the cast deserved to go out on a stronger note. Superman deserved more, and the public deserved more. This was the last big screen outing for Superman until Superman Returns, decades later.

So what did I learn from re-watching The Quest For Peace? I learnt that its ok to not mindlessly love everything to do with Superman. I also learnt that women can breathe in space apparently.

So if you haven’t, should you watch the film? Well if you go into the film expecting a classic in line with the first two Superman films, you will be sorely disappointed. If you approach the film with caution, expecting a campy mess of a film, then you may just enjoy Superman IV.

What do you think of Superman IV: The Quest For Peace? Is it a misjudged film? or one of the worst films of all time? As always we would like to hear from you in the comments section or on Twitter!