Home » INTERVIEW: Alexandre Piacsek – Creator of The Light at the Top of the World 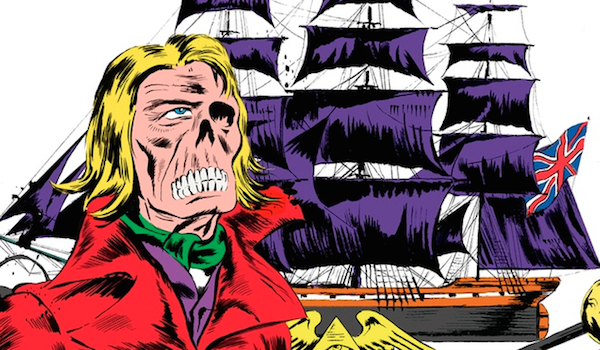 Craving a comic about adventure and treasure-hunting? The Light at the Top of the World is bound to draw your attention. Take a look below at our interview with creator Alexandre Piacsek, and don’t forget to check it out on Indiegogo.

A Place to Hang Your Cape: If you could summarize this story in one sentence, what would it be?

Alexandre Piacsek: An epic treasure-hunting odyssey at end of the world.

AP2HYC: What inspired you to create this story?

Piacsek: Real and fictitious stories and legends of adventurers, explorers, globe-trotting fortune-hunters, and my moving to England in 2013 where I can feel the Arctic winds howling in my studio’s window.  A powerful influence and the genesis of the graphic novel’s name is the movie The Light at the Edge of the World. Its a 1971 action & adventure film adapted from Jules Verne‘s classic adventure novel Le Phare du bout du monde, when pirates take over a lighthouse on a rocky island in the South Atlantic during the mid-19th century, but the iron-willed light-keeper played by Kirk Douglas fights their plot.

AP2HYC: Are there any particular adventurers or explorers (real or fictional) who you admire and wanted to pay tribute to with this story?

Piacsek: Yes, Captain Sir Richard Francis Burton, a multi-faceted, complex, and outrageously talented man, one of the greatest explorers of all time and also a geographer, translator, writer, soldier, orientalist, cartographer, ethnologist, spy, linguist, poet, fencer, and diplomat. He has a kind of cameo appearance at the prologue of the graphic novel, searching for the lost Temple of Naga in India. 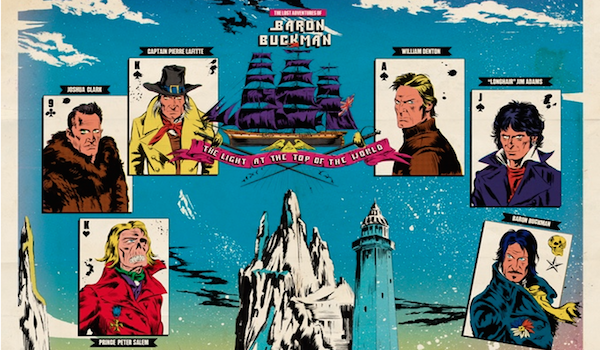 AP2HYC: Did you draw inspiration from any adventure movies, books, or comics for this project?

Piacsek: From the movies The Light at the edge of the World commented above; Scream of Stone, a film about a climbing expedition to Cerro Torre in Patagonia directed by Werner Herzog; The Duelists, the directorial debut of Ridley Scott, and The Raiders of the Lost Ark

Comic books: Delirius, Yragael, and The Six Voyages of Lone Sloane from Phillippe Druillet, also from the classics Watchmen, The League of Extraordinary Gentlemen, and finally from the universe and storytelling of Moebius.

AP2HYC: What’s been your favorite part of creating this story? Drawing the artwork? Creating the characters?

Piacsek: Creating and drawing the protagonist Baron Frank Buckman, explorer and treasure-hunter from Victorian London, was very exciting, but I mostly enjoyed making the storyboard. One interesting feature about the storyboard is that it was entirely drawn on the train in a sketchbook over the course of six months, during my travels from Eastbourne to London.

AP2HYC: What is the biggest challenge you’ve had to face while creating this project?

Piacsek: To write an intriguing plot that would feel real and simultaneously fantastic to the reader. I’ve strived to create a cohesive narrative intertwined with historical events such as the California Gold Rush and the discovery of the Northwest Passage sea route, also linked with the settings of Victorian London and the Arctic world. To inject detail into my work, I did a lot of web research and used several books, looking for countless images and information. I love highly detailed comics.

AP2HYC: I’ve noticed that you’re already finished writing the sequel. Is that going to be the end of the project, or would you like to expand it further? Any chance of spin-offs, prequels, or additional sequels?

Piacsek: No, this is not the end! The Lost Adventures of Baron Buckman series crosses space and time, and I will keep expanding and exploring the Baron Buckman’s universe, introducing at every new episode new characters, themes and exploits. The sequel of The Light at the Top of the World will take part mainly in India, but also in Okinawa/Japan, Indochina, and London, and will bring the new line-up of Jon Strider and the Trackers. This second volume is filled with martial arts combat, desert races, endless journeys across vanished temples, and encounters with supernatural beings and ancient Gods. 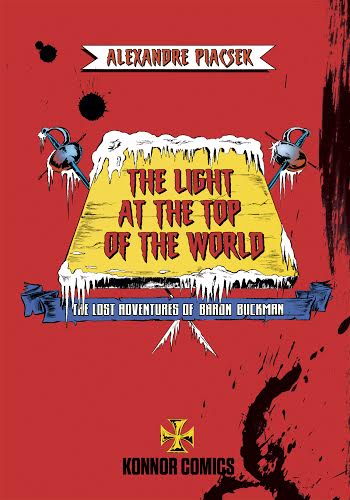 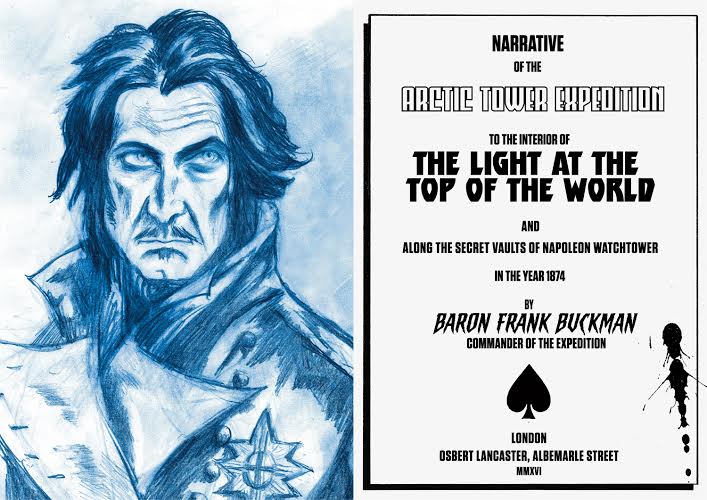 Does The Light at the Top of the World pique your interest? Let us know what you think in the comments or on Twitter! And don’t forget to check it out on Indiegogo.