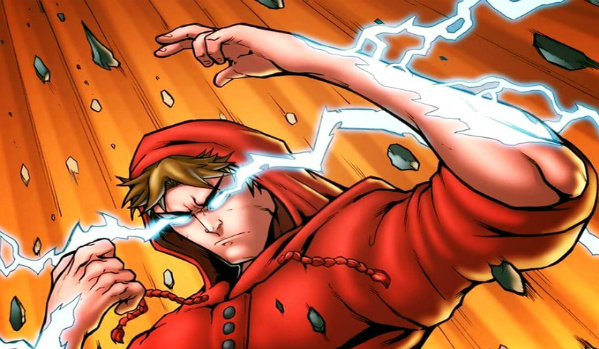 The new superhero comic series Brethren Born is shaping up to be something magnificent. We spoke to creator Jon Laight to find out what to expect from the second issue, which is now on Kickstarter.

AP2HYC: So for those who are unfamiliar with the series, can you give us an overview of it and of our hero Newton?

Laight: Brethren Born is an on-going sci-fi superhero series set over several timelines following the mysterious hero Newton on his mission of vengeance. Born into a life of experiments and fear, Newton has only his brothers and a sympathetic Doctor to interact with; he must learn to harness the abilities his military captors want to use and replicate. Following a daring escape from his lifelong jail, and witnessing the deaths of those he loved, Newton disappears only to emerge 20 years later as a man hellbent on revenge and in search of the man to blame for those terrible crimes. But now he has control of his powerful abilities, and will do what is required to complete his mission.

AP2HYC: How does the next issue build upon the story of the first?

Laight: Issue two builds some more of the world and includes development of some characters in the first issue. I want to keep some of the mystery of Newton, so readers may be surprised to see which characters the next issue focuses on. There are one or two big reveals which will answer a few of the questions in the first one, I have also written a four page mini-comic which will ship with the comic which further adds to the Brethren Born universe. The development of issue 3 is well underway. Readers will see a lot more of Newton – and some of the things he has had to endure through both childhood and adulthood.

AP2HYC: How does this stand out from other superhero books?

Laight: Wow, great question! What I have attempted to do is produce a comic that has the feel of an indie comic, but can easily sit beside some of the big publisher comics and not look out of place. I want readers to empathise with our hero, but feel torn between what he has gone through versus some of the brutal things he is prepared to do to exact his revenge. A hero that can be funny and likeable one moment, but sombre and merciless in his punishment of evil people the next, was my goal.

AP2HYC: Why are you running separate crowdfunding campaigns for each individual issue instead of the traditional route of funding the series as a whole?

Laight: To be honest, I had no idea how the first campaign would go so decided to see if I could fund just one comic rather than go all out and fund an entire series. Being very new to the small press comic world and an unknown quantity, I could never have imagined that I would get such support and success at my first attempt. It has been a very emotional experience. Running just one at a time gives us, as a team, to prepare properly and make sure that the finished product is as good as it can be … and released as soon as possible so the returning readers don’t forget the story and newton’s plight! It also allows the funding target to be kept relatively low, as well as the reward levels allowing more people to take advantage of some of the more exclusive perks in the rewards.

APTHYC: As the campaign for the second issue hit its goal very quickly, does the series have a large fanbase?

Laight: Someone asked me this at the True Believers Festival in Cheltenham, and it is a strange thing to think about and consider. I’m a fan of so many writers and artists and to even imagine someone being a fan of my writing or characters makes me feel like David Brent from The Office (great to watch, awful to be!). It was a genuine concern that the second campaign wouldn’t be as popular; I really hoped that we would get returning backers and people who had bought the comic at conventions, shops and online, but every writer will have doubts. Developing a story that people want to read, as much as I want to write it, is an amazing experience. The kind words of praise and encouragement are worth every late night and all the hard work! 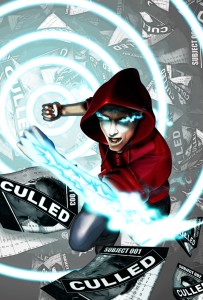 Have you contributed to Brethren Born yet? Let us know in the comments section or send us a Tweet!