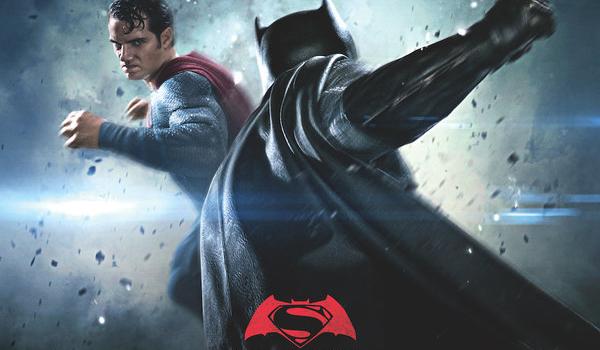 DC Comics must have been seething when Avengers Assemble brought in a billion dollars. They had the much more notable superheroes. They had Superman.  They had Batman. They had Wonder Woman. Marvel’s hit with Iron Man launched the Marvel Cinematic Universe. The movies about DC Comics’ characters–only Superman and Batman at this point in history–have not yet met the expectations of the legions of fan-boys and fan-girls across the boards.

Man of Steel, the spearhead of DC’s Cinematic Universe, was not the best Superman movie but nor was it the worst one. It was… average. Think about it: Is Superman not supposed to have spectacular adventures and storytelling to match his mythos? It was a slow start to DC’s attempt to catch up with Marvel. But now, we as fans, get two DC movies — Batman v Superman: Dawn of Justice and Suicide Squad. Audiences, especially those that have a critical eye towards their beloved characters, wait anxiously to see if the movies fail or exceed expectations. In the coming years, DC posted their plans for various DC Universe movies. The world’s most famous super-heroine Wonder Woman is finally gracing the big screen in her own movie. Even, the World’s Mightiest Mortal, the former Captain Marvel/current Shazam is getting a movie starring Dwayne ‘The Rock’ Johnson as the nefarious Black Adam.

But with the news and spoilers streaming from all across the internet, and wild mass speculations, Batman v Superman may be rushed and overloaded with characters.  Somehow confining the massive history of the rivalry/friendship of Superman and Batman in a two-hour movie, where they have a ridiculous misunderstanding and beat each other up as Lex Luthor eggs the two heroes on, does not seem like it will do the two most popular and famous heroes justice.

I admit that I was quite sceptical about the movie, but, for my all-consuming love of superheroes, I try to remain open-minded that maybe, just maybe, DC Comics and Zack Synder might not fail us… this time. Wonder Woman’s appearance looks like it will be worth a trip to the movies in itself, at least. This will serve as her first appearance on the big screen and in live-action since the 1970’s.

The main concern echoing across the fandom about the upcoming Batman v Superman movie is that it will poorly set up the Justice League movie. While there are a lot of fans who know about every single member of the Justice League, and their life story backwards and forwards, the rest of the populace also has to enjoy the movie and not feel put off from it. Marvel had managed to make their cinematic universe fan-friendly but also causal watcher friendly. DC Comics, hopefully, realized this in the creation of Batman v Superman, because for their cinematic universe to succeed, the majority of the public (the non-super-fans) need to want to spend the money to see all the movies.

Will Batman v Superman: Dawn of Justice succeed or fail?  We will have to wait and see. Let us know on Twitter if you’ll be first in line to see the new DC film when it premiers!