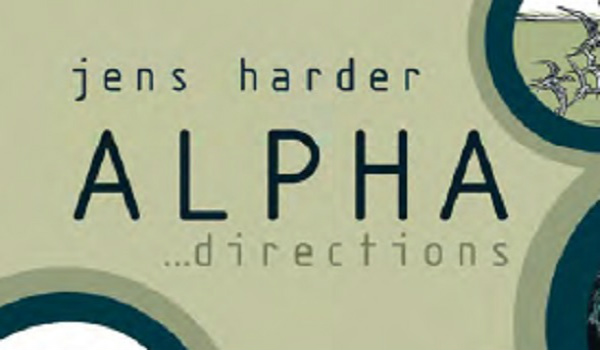 The sequential art medium, or “comics” if you will, continues to be one of the most inspired, unique, and interesting vehicles for storytelling. Recently comics have become more mainstream thanks in part to the Marvel Cinematic Universe and television shows like The Walking Dead, and are starting to get much more recognition in the arena of artistic expression. This has left the door wide open for an increasing number of independent creators, writers and artists to break into the medium; thankfully so, since many creator owned titles are less superhero focused (not that we don’t love superheroes!) and tend to engage more mature subject matter and ideas.

Recently we were given a copy of Jens Harder‘s mammoth-sized graphic novel, Alpha…Directions. What this book amounts to is either an exotic and layered experience, if you are willing to take your time with it, or a bombardment of panels with often cryptic artwork coupled with some highly scientific (and possibly alienating) text. If you’re like me and you enjoy some of the more off-beat titles that comics can offer, Alpha…Directions will more than likely fall into the “awesome” category. Let’s begin. 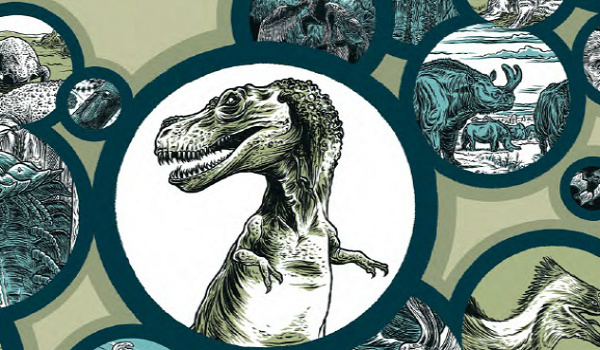 Alpha…Directions starts off with a blank canvas that slowly erupts into Harder’s own interpretation of our Universe’ Big Bang over the course of twenty some-odd pages. Most of Alpha…Directions works this way: a slow burn. The imagery of a rose growing into a world is something that speaks volumes and also relates to a poem by Anais Nin that says “And the day will come when the risk to remain tight in a bud was more painful than the risk it took to blossom.” That’s pretty intense stuff, and gives a whole new meaning to what the Universe could actually be; is it alive all on its own? Those types of questions will be at the forefront of your mind if you give Alpha…Directions the chance it deserves. This is a thinking comic, but don’t let that be a deterrent.

From there Alpha…Directions goes through the evolution of life on Earth in a whirlwind of images that includes ancient gods, structures, artwork and hieroglyphics, and of course, flora and fauna. The book has a mystical feel about it as you make your way through the near 400 page experience, and never ceases to dazzle despite its often scientific approach. This just helps to prove that life and the history of planet Earth are absolutely tremendous when compared to humankind’s rather small paragraph-sized imprint in the book of existence.

The book is structured into segments titled “Cryptozoic,” “Paleozoic,” and so on, which are the various eras of existence of life on Earth. Harder jumps around a bit with the imagery that is featured in each of these sections however, so don’t expect to be staring at twenty panels of bacteria seething or grass growing. In order to illustrate the sequential nature of evolution, Harder utilizes technical language that both showcases his prowess as a writer as well as the sobering fact that not all of us are scientists, although at least one of us thinks he is (express apologies to any actual scientists reading this). Truly, Alpha…Directions is a science and comic book geek’s dream come true. 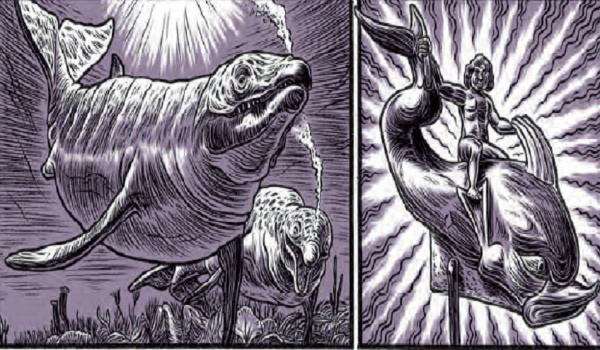 While the writing in Alpha…Directions is superb, we must not forget that Harder is an accomplished artist as well. There is a staggering amount of variety in the pages of this book aside from the aforementioned gods, cave paintings, and what have you, and it is imperative that one stop at each page and negotiate its panels carefully and thoughtfully. There are a lot of little things to look out for, and one of my personal favorites is a crashing wave done in the style of traditional Japanese art. Of course none of this is without meaning; scenes like the one just described also help to show different cultures around the world over time. After all, that’s what Alpha…Directions is all about: the world over time.

The book ends with the dawn of man and features an extended appendix in which Harder gives props to some of the artists who had inspired some of his own work throughout Alpha…Directions. Most interestingly perhaps are some of Harder’s notes in the appendix about the book itself. In one of these notes Harder addresses Manga fans, stating that Alpha…Directions can also be read backwards for an entirely different experience. So if we want, we can watch the Universe implode on itself? Pretty mind blowing. Science enthusiasts (scientists) call that “The Big Crunch,” and yes, it will happen in many, many, many, many (etc., etc., etc., ad nauseam) years (x 1,000,000,000,000.52). Oh and those are accurate numbers, I have done the math myself (lie).

Alpha…Directions is absolutely not for everyone. If you are into learning about the history of life and its possibilities and you also love comics, then I can happily say that this book absolutely is for you. Even so, for the artwork alone this book is worth a read even if you have no interest in this glorious and impossible planet that we all share (Shame on you. No, seriously), so give it a go. You can also check out Harder’s website here if you want to see more of his work (ProTip: it’s all awesome). Some people say that if you are willing to open your mind to the infinite possibilities, then infinite possibilities will present themselves to you. Or maybe I just said that? Who knows?

Will you be checking out Alpha…Directions? If you already have, what did you think? Lay it on us in the comments section and on our Twitter page!