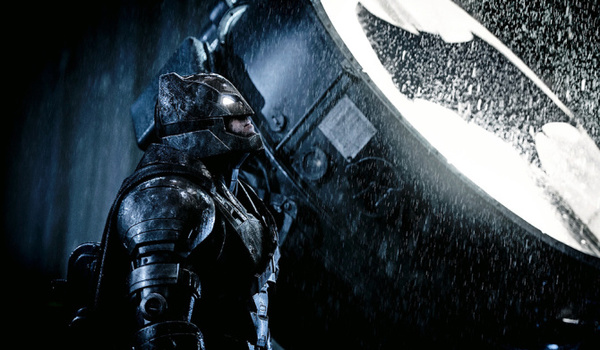 While this probably will not become the new catch-phrase of the DCU movie universe, if I were a betting man I would say that there is a greater than 20% chance that you will hear this phrase uttered by Batman at some point in Batman v Superman: Dawn of Justice. No, I’m not clairvoyant, it’s just an educated guess that I can surmise based on a number of factors, including the rumored visits that comic book writing legend Frank Miller has been receiving from Batman v Superman director Zach Snyder. “Punks” is the favorite catchphrase of Miller’s version of Batman (for reference, see Miller’s seminal Batman: The Dark Knight Returns and the Spawn/Batman comic he wrote with Todd McFarlane).

Another thing that we can guess before the movie even comes out is that this Batman is likely to be of a more advanced age then the majority of the movie-going public is used to. One dead giveaway of this is Ben Affleck ‘s portrayal of Bruce Wayne as having graying hair (check out the 1:03 mark of the first trailer if you don’t believe me).

So, knowing this, and knowing what we know about other portrayals of Batman as an older man, what else can the aforementioned movie-going public expect from an older Batman in Batman v Superman?

1. Well for starters, he’s likely to be a dick.

And not just to criminals, but to pretty much everyone. Depictions of an older Batman generally display a hero who has no interest in spending time with anyone. He has few, if any friends, and even his friends aren’t really his friends, they are just people who got in his way at one time or another and now know better (see his relationships with Selena Kyle in The Dark Knight Returns or Superman in Mark Waid and Alex Ross’ Kingdom Come). Furthermore, we know from the movie’s trailers that Batman v Superman takes place in a universe where there has already been at least one Robin (check out the 0:57 mark of the second trailer for this one); but what you may not know, is that versions of an older Batman often depict him as having wards that don’t really like him. In Kingdom Come, the relationship between Batman and former-Robin Dick Grayson is downright acrimonious, and there is a distinct non-relationship between the two in The Dark Knight Returns as well.

2. He’s likely to be damaged goods.

Depictions of the older Bruce Wayne tend to consist of a battered hero who carries the physical scars of his lifelong fight with the scourge of Gotham City’s underworld. For example, in Batman Beyond Bruce Wayne is dependent on a cane, while the Kingdom Come Bruce Wayne uses an exo-skelton just to stay upright; even the depiction of Batman in Christopher Nolan‘s last trilogy installment, The Dark Knight Rises, needs a leg brace (apparently to kick walls and such).

Basically, it would be a mistake to expect this to be the Batman of acrobatic skill and peak physical prowess that you may have gotten used to. 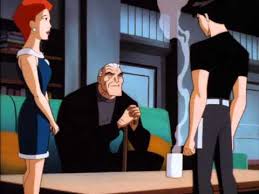 Batman Beyond Bruce Wayne shown with his cane.

One thing that almost all depictions of an older Batman share in common is that they depict a Batman who is supremely confident in himself, his own opinion, and his own methods. Frankly, he does not care what you or anyone else says or thinks, or what your opinion might be. He just wants you to get out of his way. (You can basically reference any depiction of an older Batman to see this point in action).

4. He needs to be Batman, not for the citizens of Gotham, but for himself.

Most depictions of an older Batman show a man for whom the mantle of being the Batman isn’t an obligation, but rather a warrior calling, and it is a call that the older Bruce Wayne is more than happy to accept the charges for. This Batman accepts his role as being a part of his very DNA, where Bruce Wayne is the true costume and Batman is the real identity (in Kingdom Come Bruce Wayne hardly ever leaves the Batcave, and in the The Dark Knight Rises he hasn’t been seen in public in years). Depictions of an older Batman are depictions of a hero who will never give up the symbolic mantle of being the Batman, even if it kills him. Indeed, it often seems that he wants it to kill him (as in the Dark Knight Returns where he is obsessed with receiving a “good death”). This isn’t the “I look forward to a Gotham that doesn’t need me” Batman; this is the “thank god the world is a dark, dirty place full of punks that give me the opportunity and the reason to release the gnawing beast in the pit of my stomach” Batman.

5. Lastly, he can still beat up pretty much anyone.

Older Batman may be higher up in age than some are used to, but he still kicks butt, takes names, and brooks guff from no one. Maybe he has lost a step or two (in The Dark Knight Returns he gets beat to hell by a mutant and needs to be saved by Robin, and in The Dark Knight Rises  Bane beats him up and down Gotham’s sewer system), but, of course, he’s Batman, and in the end, he still gets the job done. (I’d make a The Dark Knight Returns reference here demonstrating his fighting abilities, but I don’t want to ruin it for you, just go out and read it!)

So to review, what should you expect from an older Batman in Batman v Superman? Well, he’s probably going to be awesome. But other than that, he’s also probably going to be an injured jackass who thinks that he knows everything (and just might), who is obsessed with being a superhero and who you wouldn’t want to mess with or meet in a dark alley.

Hmm . . . maybe it’s a good thing they cast an actor who is also obsessed with being a superhero to play him.

So how about it? Agree or disagree? Have I hit the nail on the head? Do you think older Batman is cooler than younger Batman? Do you want to yell at me because I think Ben Affleck might make a good Batman??? Let me know by hitting us up on Twitter or responding in a comment below!