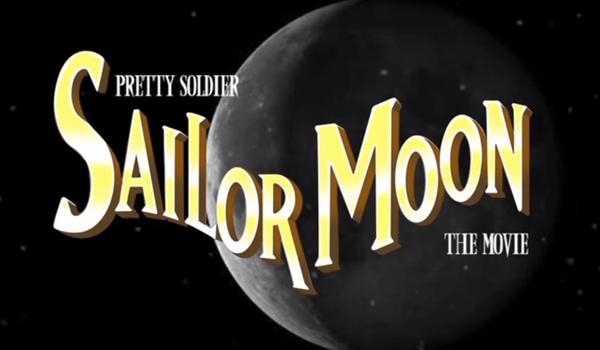 Fan films can be feats of creative and technical achievement, made by dedicated fans for their respective beloved franchises. I’ve seen some impressive films including There Will be Brawl, a creation of Matthew Mercer, mix up of Nintendo characters set in a Watchmen-esque setting, and several Batman fan films like Batman: City of Scars. Adding itself to that list is Sailor Moon: The Movie, based on the beloved manga and anime, directed, written, and edited by David Paritsky. Apparently this film was done as an experiment, with zero money, and to practice special effects. And it is a pretty darn good picture for a first try behind the camera. Sure, the visual effects are a little basic but the whole thing works well.

The movie focuses on the “Dark Kingdom” arc of the manga, but uses the names from the English translation of the anime. The story is condensed into a two hour film, but rather than rushing through the story like the anime Sailor Moon Crystal did at the cost of characterization, the fan film flows smoothly with time to flesh out the cast.

Serena Tsukino (Mary Beth Schroeder) is a ditzy high school slacker who encounters a talking black cat named Luna (voiced by Sandra Addison Paritsky). Luna gives Serena the power to transform into Sailor Moon, revealing she and four other girls are the reincarnations of the ancient Moon Kingdom’s guardians and must defend the world from evil. The Dark Kingdom, led by the evil Queen Beryl (Joyce Miller), search for the legendary Silver Crystal and use its power to conquer the world. Amongst all this, Serena finds herself attracted to a mysterious vigilante named Tuxedo Mask (Max Flanagan).

I’ll admit that the first time I watched the film, I was in hysterics most of the way through for how funny it was, and how it got around the more technically-challenging things with the shoestring budget. Luna and Artemis, the Sailor Scouts’ sidekicks, are played by actual cats on screen, mostly through green screens and it is undeniably hilarious. How on earth they got the cats to co-operate is a mystery. Hey, it tops the plush toys they used in the Japanese TV series. Filming took place around New York City, where interestingly not one pedestrian or driver is gawping at the actresses running around in the sparkly costumes. It’s just New York, I guess. A lot of the dialogue was obviously re-recorded in a studio.

The adaptation is very good, and I like the simple alterations done to the characters. For example, Sailor Mars (Christine De La Rosa) was a shrine maiden in the Japanese version, but in the film, she works within her grandpa’s magic and fortune telling shop. I also like the addition to Sailor Jupiter’s (Therese Panetta) story arc, revealing a sadder backstory and her relationship with one of the badguys, Jadeite (Caleb Diolosa). Queen Metaria, Beryl’s master, is removed from the story, which was a good move. I always saw her as more of a presence than a character. The cast does an all-around fine job. Schroeder is fantastic as Sailor Moon and nails the character’s wacky traits. She also plays Sailor Venus, though she doesn’t really get much screentime. I was, at first, a bit iffy about Nikki McGee as Sailor Mercury, but her performance grew on me. De La Rosa and Panetta are pretty good as well, and the cast members playing the badguys are clearly having a fun time.

If I had one complaint, it would be that the first twenty odd minutes are a bit clunky, particularly during the first major battle. Serena becomes Sailor Moon for the first time, Amy becomes Sailor Mercury, Tuxedo Mask abruptly makes his debut, and Nephrite gets killed off all in five seconds flat. It is hastily thrown together. Tuxedo Mask comes and goes as fast as can be, and those unfamiliar with the story may be left wondering “Who the heck was that?”

The film is professionally shot. There are some pretty great scenes, such as the extensive scene involving the destruction of the Moon Kingdom, and the final battle which involves the Sailor Scouts battling evil clones in the middle of a snow-covered field. And these girls are all wearing basic sailor shirts and miniskirts. That is commitment. A lot of Hollywood’s attempts to turn anime into marketable live action movies have ended in failure, but this simple fan film is very entertaining, well put together, and captures the heart of Sailor Moon very well. I praise David Paritsky and everyone involved in the film, and hope they make a sequel.

What are you thoughts on fan films? Are most well made or are they cheap, cheesy fan gratifications? And are they better than Hollywood versions? Leave a comment below or on our Twitter feed.