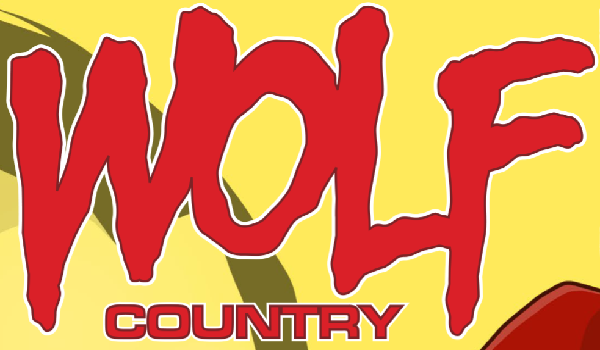 When I first read the words ‘vampires versus werewolves’, I admit I was a little scared, for obvious reasons that I’m not going to sully our good website with. But as soon as I read the words ‘Nominated for Best British Comic at the True Believer Awards’, my fears have started to wane, and now I’ve read Wolf Country for myself, and all me fears have been allayed, and no more is going to be mentioned on the subject.

Written by Jim Alexander, the story of Wolf Country is of a settlement of vampires in the the titular Wolf Country trying to fend of attacks from the werewolves. Meanwhile, they’re trying to survive starvation, waiting for an air drop of supplies. The story moves along by following a vampire boy, Luke, who killed a werewolf and is now living with a new werewolf partner, and Natasha, who is trying to save her people from starvation and the military.

The addition of the Western genre to the proceedings give Wolf Country a post-apocalyptic feel, and writer Jim Alexander knows just what he is doing by not playing to much into any particular facet but balancing everything perfectly. Right out of the gate, the story grabs you with the military torturing a settler and appropriating the rest of the settlements blood rations. One of my favourite things about Wolf Country is that we aren’t told to root for either wolves or vampires; both are just trying to get along, and maybe its only Luke who has realized this. 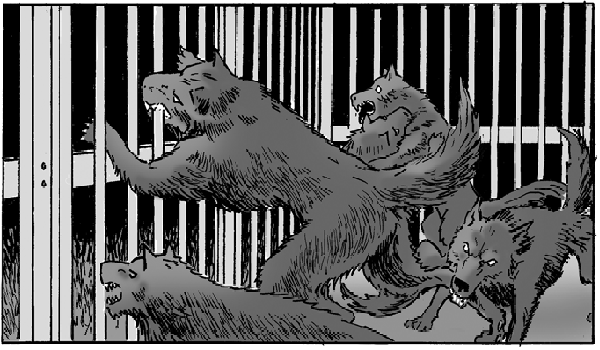 The black and white art by Will Pickering is fantastic, with the werewolf transformation in particular looking great, but the whole issue has some brilliant drawings. Black and white art always lends itself perfectly to horror comics, but Wolf Country is no ordinary horror comic. The story can be seen as a social commentary on various wars and conflicts around the world, two very similar peoples who just cant seem to see eye to eye.

I really enjoyed this issue and very much look forward to future instalments. I really want to know more about these people and what will come of them. What will the military do to the settlers? And how will Luke manage to survive the imminent transformation of his new lady friend? All of these questions and more will keep you coming back to Wolf Country for every issue. With TV interest in the title coming, you should get to know what could become everyone’s new favourite comic based show.

Issue 5 of Wolf Country is to be released through publishers Planet Jimbot at the Dunfermline Comic Con on Saturday 5th of March, which writer Jim Alexander will also be attending.

Will you be picking up a a copy of Wolf Country at the Con? Let us know in the comments or send us your thoughts on Twitter!