Home » The Strange History of the DCEU 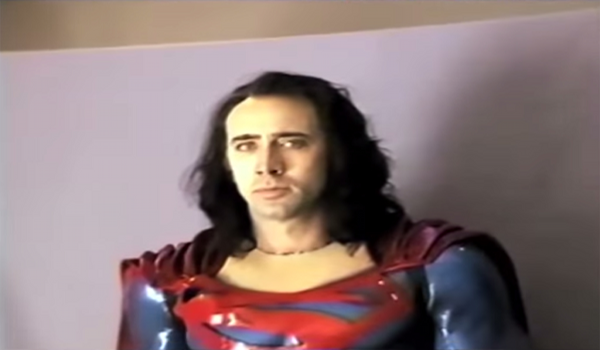 The DC Extended Universe may be late to the game compared to the Marvel Cinematic Universe, but that’s not because Marvel had the idea first. While the MCU started development in 2005, the DCEU has been trying to get started since 1998. Unfortunately, the story was mostly bad timing, disappointment, and embarrassment until 2013.

Despite the catastrophic failure that was Joel Schumacher‘S Batman and Robin in 1997, Kevin Smith began writing for a new movie in 1998, titled Superman Lives. This movie would have been the first with both Superman and Batman. Michael Keaton would have returned for a team up to face off with Brainiac, Doomsday, and Lex Luthor. However, when Tim Burton became the director, he hired a new screenwriter to rewrite Smith’s script. From here, things got weird. First, Nicolas Cage was cast as Superman in an effort to, according to David Hughes‘s The Greatest Sci-Fi Movies Never Made, “Re-conceive the character.” The art department was required to design a set and props that were based on the potential for toys, not for a Superman comic adaptation. Sets were built and destroyed, Nicolas Cage had a costume fitting, and then they fired another screenwriter for being too expensive. All the delays led to Burton dropping out. Unfortunately, they never signed on another director. Eventually, Cage left the film as well, and the world lost the opportunity to see his take on Superman. That may not be a bad thing.

This wasn’t the last attempt to bring Superman back. We might have had a Batman v Superman film in the early 2000’s, with Bruce Wayne coming out of retirement and being pitted against Superman by Lex Luthor. However, Warner Bros. dropped this film in favor of pursuing a script written by a man who would eventually have a reputation as the king of reboots: J.J. Abrams. This film struggled with casting delays and a ballooning budget, and never got made. Instead, we got Bryan Singer‘s Superman Returns in 2006. Meanwhile, Christopher Nolan premiered the new Batman trilogy with Batman Begins, and talks of a film featuring both of them were put on hold for awhile.

In the meantime, fan favorite Joss Whedon had been working on a script for a Wonder Woman movie. According to him, it would have used much of Diana’s origin story in the Golden Age era comics, but updated to modern day. Despite all the time he spent working on a script, he eventually left the project due to “creative differences” with Warner Bros. This left Wonder Woman waiting until 2017 to have a standalone film. However, the script Whedon had written can be found on the Internet, for those who want to see what could have been.

In 2007, we may have had our first Justice League film, prior to the sequels for Nolan and Singer’s films. According to this Variety report, Warner Bros. hired Kieran and Michelle Mulroney for their script featuring not just Batman, Superman, Wonder Woman, and Aquaman, but also the Flash, Green Lantern, and Martian Manhunter. Warner Bros. also hired George Miller, known for directing Mad Max and its sequels, as the director. However, in part because of the 2007-2008 Writer’s Strike, the film never got made.

In 2011, Warner Bros. finally released a film that they intended to start the extended universe. Unfortunately for them, that film was Green Lantern. Despite being in production since 1997, it failed at the box office and at pleasing fans and critics. In the meantime, Warner Bros. hired Guillermo Del Toro to direct a film based off on the characters in the Justice League Dark. While that film is still considered in production, Del Toro has left the project, and this year’s Suicide Squad might upstage it permanently.

So in 2013, we finally got a film to launch the DCEU: Man of Steel. Though fans and critics are split on this film, it became the highest grossing Superman film to date. A month after its release, Warner Bros. announced that the sequel would feature both Batman and Superman. In 2014, we learned that the film’s full title is Batman v Superman: Dawn of Justice. At long last, DC finally is releasing a film about their most famous superhero team.

What do you think of the DCEU’s long history? Which films do you wish we could have seen? Let us know in the comments or send us a Tweet!