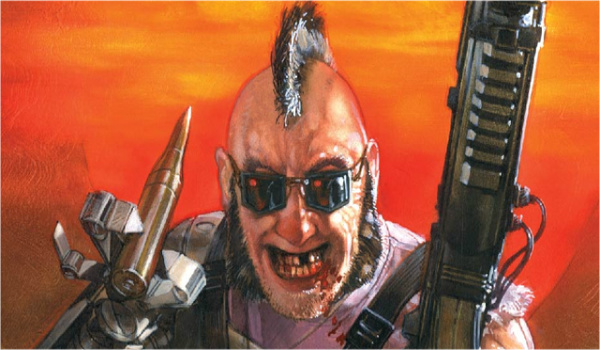 Top of the morning/afternoon/evening to you, fellow comic book enthusiasts! We recently caught up with Travis Vengroff, creator of Liberty: Deception to pester him with a series of questions in a little something we like to call an “interview.” If you haven’t read our reviews of Liberty: Deception #0 and #1, you can do that here and here, and we suggest you do since this series is shaping up to be something quite special. So, without any further ado let’s get this interview started!

AP2HYC: What were your main inspirations for Liberty: Deception?

Vengroff: The Liberty universe was created as a homebrew D&D game I was running about ten years ago. I remember being really into The Dirty Dozen; the idea of a group of people working together just as long as their interests were aligned, as well as really being impressed by the gritty world of Watchmen. I was also really into various WWII movies and books that focused on the harsher realities of war like Saving Private Ryan. That’s probably why one of my main goals has always been to make the violence in Liberty as threatening as it is in the real world, and to avoid making it seem fun.

I feel like I’ll lose my credibility somehow by mentioning this, but while I was writing the original script I actually rolled dice to see which characters lived or died in certain situations. Ultimately though I think my largest influences in making Liberty were things that are happening in the real world.

AP2HYC: Has the current state of the world played any role in the creation of Liberty: Deception?

Vengroff: Absolutely! In college I was really upset while reading about how terrible life was in the 14th century in a book called The Distant Mirror. The really upsetting thing for me is that many of the horrors plaguing the people of the past are still around. Genocide, extreme resource scarcity, and slavery are very prevalent in the world today. While America is generally thought of as being apart from these issues, sex-trafficking, slavery, and rampant (hard) drug abuse exists, even in my home town. I’ve seen how it affects people’s lives through my day job and it can’t be ignored.

Originally Liberty was going to be a lighter story, skipping over these “darker” issues, but it just didn’t seem real. By confronting these issues, even in my fictional world, it makes for a stronger story, though it’s no longer all ages.

AP2HYC: What can you tell us about Archon Reeve that we don’t already know without spoiling too much?

Vengroff: Archon Reeve is a very complicated and deeply flawed character. She’s hundreds of years old, respected, and practically worshiped by the citizens of Atrius as its founder and protector, but she has some very personal demons. She became more reclusive over the centuries, starting with the death of her wife, and every mistake she’s ever made gnaws at her.

Though she cares about her colony, at her core there’s something of an emotional barrier caused by age and pessimism. As the supreme leader of Atrius she’s a central figure in the world, but also plays a large and personal role in Liberty: Deception.

AP2HYC: I really enjoyed the Conways from issue #0, will we be seeing more of them in future issues of Liberty: Deception?

Vengroff: The Conways will be a vital part of Liberty: Deception, though there will always be the question of how long can they really be trusted. From a writing perspective it was one of the more difficult things to choreograph; keeping the Conways motivated enough from outright killing the group in their sleep of just ditching them.

The characters have very clear individual motives and they practically write themselves at this point so my job as the writer is to make sure that the right set of circumstances happen to reach the desired outcome. Part of the fun for me is going to be incorporating our new Kickstarter Backer-Created Characters into the story, who will shift the already delicate dynamic. One of them already told me who he wants to kill off…

AP2HYC: Liberty: Deception is quite the collaborative effort, with no less than a dozen writers and artists involved. Tell us a bit about how the creative team was formed and how they all work with one another.

Vengroff: In short patience and time. I’ve slowly crafted my team over the last three years by sifting through hundreds of freelance art websites, resumes, posting on job boards, scouring Facebook groups, and shaking hands at conventions. I’m a social person and even I think that it was genuinely a grueling process, but spending extra time on the front end really made life easier after the core team was established.

I had many opportunities to compromise on art quality for the sake of price and it took a lot of willpower (and humble living habits) to avoid it. I also lucked out in that most of my art team have become fans of Liberty, and many of the artists are actually fans of other artists on the team. It’s a really great mix of well known artists and art students/grads across six continents. I feel that the diversity is a real strength. Laurie Thomas from New York City will create some out of this world costumes while Alex Pascenko is creating something completely different in Brazil. It directly translates into our art.

In terms of working with one another, I’m basically on a 1 to 1 email chain with everyone, and I share the art with the rest of the team in Dropbox. Since Liberty: Deception tells the stories of many characters coming together, we occasionally have moments where we have a segment being told from the perspective of someone other than TJ (Tertulius Justus). In those instances we’ll have a different artist that fits the character illustrate the segment. It also helps that we have so much concept art to keep the team cohesive.

The motion comic and our audio-drama podcasts are also created in a similar way, though in the instance of the podcast, Kailtin Statz is the writer. In addition to being a creative consultant and digital artist for the comic, she’s great at writing in the audio-drama format, which is very different from comic book writing. We’ve had a few guest writers also contribute a short story or two as well, like Ben Thompson (Badassoftheweek.com) and Emily Amesquita (voice actress on our podcast). That’s been pretty unreal for me as the creator; watching other people contribute new stories within Liberty. It’s a feeling I’d compare to watching your kid take their first steps. 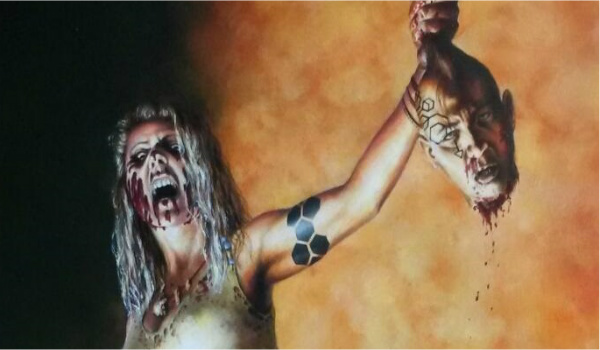 AP2HYC: How does the Liberty: Critical Research podcast tie into the comic book series?

Vengroff: In short, though the podcast aims to tell different stories within the Liberty universe, some of the characters and factions are present in both. Critical Research, which takes place about three years before the comic, actually references the Conway brothers in one of the later episodes, and many of the factions that Dr. Kovski meets play a major role within the comics. While the timeline is a little bit more grey with Tales From the Tower it also has a few recurring characters who will cross over.

AP2HYC: Are there any extra goodies that we can expect from the upcoming collected Liberty: Deception, Volume 1?

Vengroff: I’m hoping to include some concept art, variant covers (the art of which will be within the pages of every version of Volume 1), and maybe a healthy dose of Atrian propaganda. Dave Dorman is working on a cover with us, and Matthew Bailey and Casey Bailey (no relation) have also put together some really cool graffiti art that will line some of the chapter headings. While it’s technically part of the book, I’m also working with Henry Hall to create a line of 6″ tall resin statues of some of the characters.

AP2HYC: Cannibalism: desperation on the part of the people of the Fringe, or an acquired taste?

Vengroff: Desperation. The planet has no plants or animals, so if you can’t acquire Meal canisters (which are somewhat expensive) there’s only one meat on the menu.

AP2HYC: Which works, be they comics, books or film, have influenced your writing the most?

Vengroff: I used to read a lot of the old Warhammer novels like the Conrad Saga and the Chaos short story collections. I was also maybe influenced by the Berserk manga, Warhammer’s Darkblade, Artesia, and the Mass Effect universe.

AP2HYC: What are your favorite comics?

Are you as excited as we are for more Liberty: Deception? Voice your opinions in the comments section and on our Twitter page!