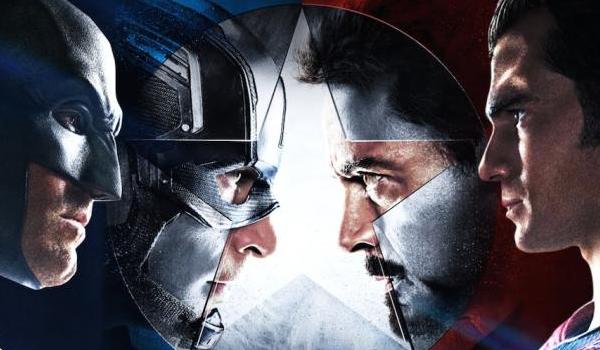 Whether you’re Team DC or Team Marvel or hell if you’re both like me, you’ll have seen this coming a mile off. When it was announced that the four biggest titans of Comic Book lore would be going head to head, the internet exploded and it didn’t take long both pre and post-release, for the comparisons to begin. Now I’m going to go on the record from the off and declare my allegiances in the hope of coming across as someway objective in my analysis of both texts. Firstly, my favourite superhero has and always will be Batman. Secondly, I am more endeared and educated with the works of DC both in Graphic novel form and the films/ animated series. That said, I am also a huge fan of all things Marvel, Captain America ranking as my favourite hero in the MCU, the films serving as a staple of personal viewing for the past eight years.

That said I honestly do not think I have anticipated a film as much as I did Batman v Superman. I mean, it’s a moment I’d been waiting for literally all of my life, the Trinity up on the big screen and unlike many of the films patrons, I was not left disappointed. Now that’s not to say Captain America: Civil War left me disappointed, far from it in fact. I would rank Civil War as my third favourite Marvel movie after Captain America: The Winter Soldier and a non-mover at Number One Guardians of the Galaxy. However, the one question I have been plagued with in the last few weeks is, which did I prefer? The answer, if I found myself in some  sort of Sophie’s Choice situation where I had to chose between the two? Batman v Superman everyday of the week. Here’s why in no particular order: 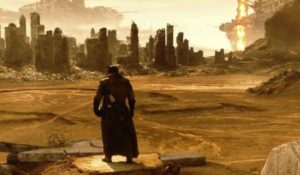 I’ll give it to Marvel, if you want more humour than you can swing a shield at then you’re in safe hands. However, if like me you crave a darker, more adult element to the genre, Batman v Superman delivered in spades. As much as I loved the Warehouse scene near the end of the film, Batman’s first onscreen appearance was by far the scene that excited me the most. The tension was built expertly and had me on the edge of my seat as I salivated at the thought of seeing the Dark Knight for the first time. The way the Batman moved, a spectral apparition brought to us via a pan of the camera, the screams of a branded villain pleading for mercy, ticked many a box with me.

This incarnation of the Bat did exactly what he was created for, to scare the bejesus out of us and anyone stupid enough to take him on. The film completely dedicated itself to this vision, a vision which many complained about, comparing it to the MCU. Protestations such as it was ‘Not funny enough’ or ‘Needed to have more jokes’ to me are redundant arguments. The DCEU made its boldest of steps here, opting to step further back into the shadows and in doing so distancing itself from Marvel, a move I congratulate them for. 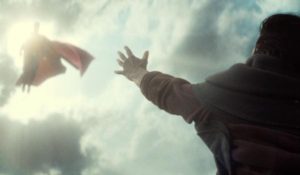 Now I really don’t want to come off as condescending here but as a self-confessed cinephile who loves picking apart movies, Batman v Superman was dripping in socio/political and religious symbolism, many of the issues and debates being raised directly tapping into our current zeitgeist. Now although Civil War did this expertly also, I felt as if the agenda of Anthony and Joseph Russo was spoon-fed to me as opposed to Zack Synder‘s often visual approach. Having seen the film twice, it was only upon the second viewing that I noticed the homage to the Turin Shroud at the end of the movie, as a fallen Superman is lowered by Batman to an awaiting Wonder Woman. I found myself leaving the cinema discussing ideology and issues more so than I did with Civil War, with many around me upon leaving opting to discuss the new Spider-Man or the fight scenes. 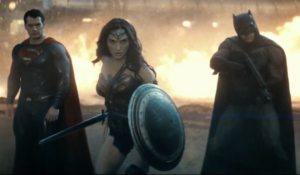 Itself a religious nod, this moment in and by itself for me trumps anything Civil War delivered with its heroes on screen. Even that vast long-shot of Team Cap running full pelt at Team Iron Man could not go toe to toe with the goose bump inducing moment when the Trinity finally stood side by side. The only negative was that this titular shot had been shown in the much detested second trailer for the film; I would have much preferred to have viewed this moment unaware that it was coming. Moreover, the chemistry between the three on screen was natural and unforced as well as highlighting a moment many a DC fan had long given up on seeing upon the silver screen.