Home » 6 Reasons to Get Excited for Teenage Mutant Ninja Turtles: Out of the Shadows 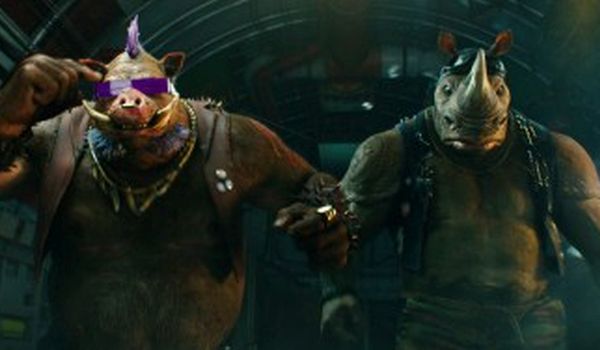 Teenage Mutant Ninja Turtles: Out of the Shadows debuts tons of old characters we all loved to watch in the cartoons growing up. So, I thought I would start this list off with something we have all been looking forward to: The massive introduction of two well-known baddies in the TMNT Universe, Bebop and Rocksteady! The reveal of these two only means one thing, more bullies for the Turtles to take down!

In the trailer, two small time crooks are recruited by Shredder who is planning to build a monstrous army. With some help from Baxter Stockman, portrayed by Tyler Perry, the once lowly crooks are mutated by a mysterious OOZE and transformed into a rhino and “little piggy.” Bebop and Rocksteady should serve up some great fight sequences and comedic relief. The brutish pair are portrayed and voiced by Gary Anthony Williams and Stephen Farrelly. If Farrelly seems like a familiar face, he also goes by Sheamus in the WWE Universe. 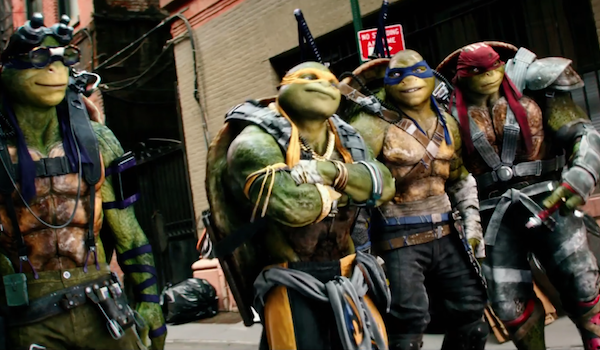 Part of the title for the second Teenage Mutant Ninja Turtles film includes “Out of the Shadows.” The image above is a screenshot from the trailer where the Turtles are out in middle the day NOT operating in the shadows, against a rule they have followed for all of their lives. The people of NYC and the world are in for a treat when the four brothers come out to say “what’s up!”. This part of the story I find interesting and should add to the stakes of the film. Who knows how the public will react; a negative reaction could sway the gang’s dynamic to not help the city that never sleeps.

This only adds another layer to the story. Yearning for social acceptance could play a key role in the story. The OOZE as I mentioned before has mutagen capabilities and the brothers find out that the OOZE could potentially turn them into humans. Perhaps making them more socially acceptable? Hmmm, sounds like some great inner conflict is heading our way! 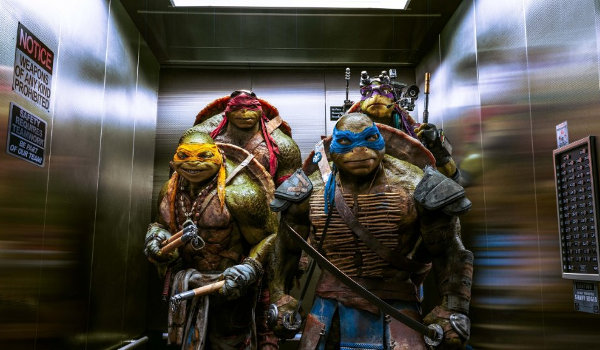 The first film, while a hit for children, left the dedicated adult fans wanting more. Out of the Shadows offers a second chance at greatness! The image above features one of the best scenes from Teenage Mutant Ninja Turtles. I am hopeful they can replicate this and stir up some more laughs for the audience to enjoy. One major thing I noticed in Teenage Mutant Ninja Turtles is they only said “Cowabunga” once, I think they owe it to us to turn up the radicalness a notch.

Second chances aren’t only for the Turtles, Megan Fox‘s, April O’Neil sure could use one. Fox served up a sub par performance in Teenage Mutant Ninja Turtles, and besides the yellow jacket, the studio did not offer much nostalgia for her character. Briefly in the trailer we see April O’Neil in a disguise, thick framed glasses, and an overly curly blonde wig. I really had a laugh with this one. It seems like the studio heard our screams and is willing to have a little fun with the character. While getting to know April’s investigative side, they poke some fun at the original 1990 April O’Neil.