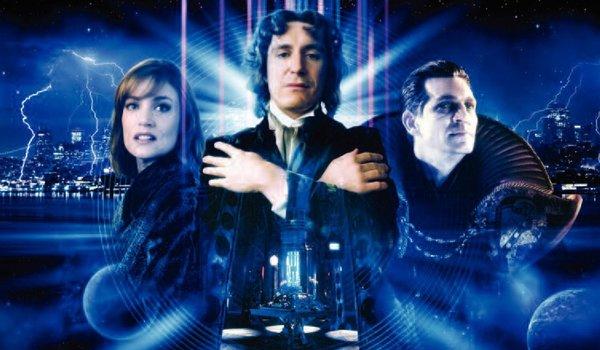 I’m sure most of you out there know about the phenomenal British TV show Doctor Who and it’s now 52 year-old legacy. Back in the 90s, however, the show wasn’t around due to the BBC cancelling the show after its 26th Season in 1989, with the only other episode to be aired since then being a short 30th Anniversary Special called “Dimensions in Time” for Children in Need (which most fans like to forget about, namely for its unimaginative story and cross-over with soap-opera EastEnders). The show finally got a new lease of life in 1996 when a TV Movie came out, called “Doctor Who”. On its 20th Anniversary let’s travel back in time and witness the birth of a new beginning.

Despite being an American co-production the narrative actually stays true to the original series and incorporated a regeneration scene for the Seventh Doctor. That’s right, Sylvester McCoy was brought back to portray his incarnation one last time for what is, in my opinion, the Doctor’s most tragic death. The story opens up with the Master (Gordon Tipple) being executed by the Daleks for his crimes against the universe, though one has to wonder how hypocritical that must sound, and the Doctor, at the Master’s last request, must take his ashes back to Gallifrey. The Master, obviously, isn’t quite dead and morphs his DNA into a snake-like being in order to sabotage the TARDIS.

The ship crash lands in San Fransico where the Doctor is caught in the middle of a gang war and shot down. He is rushed to hospital where Dr. Grace Holloway (Daphne Ashbrook) accidentally kills him during a surgical operation in an attempt to save his life. This scene always makes me cry simply because of how tragic it is. Then enters Paul McGann as the Eighth Doctor where he must recover from his recent regeneration and stop the Master from stealing his body, and destroying the Earth in the process.

The narrative may seem straight-forward but it actually really works, especially in introducing McGann into the role and re-introducing the show to both new and old fans. The depth of the story lies on its mythology and the amount of references spoken throughout. It really allowed the film to feel like Doctor Who was back on our screens and wasn’t just a cheap knock-off or an American retelling. 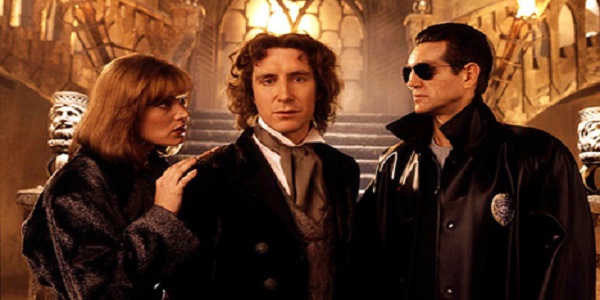 One would never have thought we would see an American Master, played by Eric Roberts, but I really like this interpretation. You can tell Roberts is really enjoying himself in the role, giving off a nice balance between Mr. Cool and Mr. Nut-job. The chemistry between the Doctor and the Master is captured well here, with McGann and Roberts playing off each other perfectly. The Master is so desperate in this story, and it shows through his manipulation of various characters, his spurts of aggression, and his extensive usage of violence throughout.

Grace was a nice little addition to the long list of companions. Her introduction was certainly the strangest given that she actually, though accidentally, kills the Doctor before helping the new Doctor recuperate from a prolonged regeneration which leaves him with amnesia. Not the best start. I did like her stages of coming to terms with the Doctor, with her thinking the Eighth Doctor is at first a mad man until realising he has two hearts, thus coming to terms that he is the same man she previously killed. There’s a slow process of her understanding the Doctor’s world instead of just accepting it off the bat. It takes a lot of convincing for her to believe in him and once she does she becomes a useful alley, making them a unique little companionship, one that even sparks off some romantic moments. It’s a shame she didn’t have any further adventures with the Eighth Doctor beyond the TV Movie but I’m glad we got what we did.

Change Lee (Yee Jee Tso) was an interesting character, due to first being a member of a street gang and then stealing the Doctor’s property, as well as being a naïve character who is easily manipulated by the Master. Their chemistry is great, almost forming a buddy relationship, but it is clear that Lee is blind to the Master’s true nature. Despite this he isn’t unlikable. Lee isn’t evil, merely in the wrong place at the wrong time, and later redeems himself once he sees the truth.

The film certainly feels like a tick sheet in which the creators were trying to make sure the fans are happy. Everything that fans expect to see are there and are done properly. There are some tweaks here and there but the ideas themselves feel fresh enough to make them feel entirely welcome. I do agree that the film is catered too heavily for already existing fans, which explains why it alienated the American audience, hence why a series wasn’t established as intended. Despite this the film did what it was supposed to: breath new life into the show. 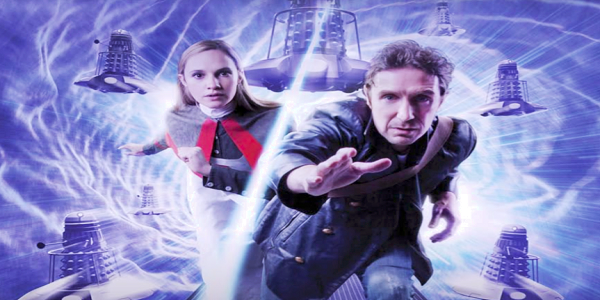 The film isn’t perfect, nor is it the best story in the show’s history, but I still rate it very highly because it is such an enjoyable experience from start to finish. So much love went into making it and although it didn’t achieve the success it wanted, it does hold up as a legacy for forging a way for the show to finally return to our screens in 2005. The film also introduced us to McGann’s Eighth Doctor, the incarnation that is both the longest and shortest running Doctor. McGann is legendary as the Doctor and although he has only ever had two onscreen appearances, the second being the 2013 mini-episode “The Night of the Doctor”, he lives on through Big Finish Productions. I highly recommend checking out the great stuff that they have done with McGann because it really is worth a listen.

What are your thoughts on the TV Movie? Do you think it worked? Did you enjoy Paul McGann as the Doctor? And do you agree on the film being the reasoning for the show’s return? Share your answers in the comments below or on our Twitter page.