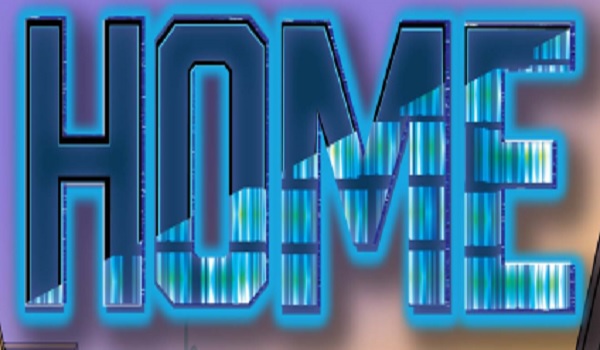 Hey there, fellow comic book enthusiasts! We recently had a chance to speak with Todd Black, creator of Home, which is back to the presses for its upcoming third issue! For those of you that are unfamiliar with this series, it is about a girl named Elysia who discovers she has special abilities and is then transported to another world called Altaria! So what does Black and his crew have planned for the release of the third issue? Let’s find out!

AP2HYC: Tell us a bit about where the idea for Home came from.

Black: Home came about because of an open call from a publisher called Oni Press. I had considered other comic ideas, but never really had an urge to do any of them, as I was doing my other comic Guardians. But something about this felt right so I started to think of ideas.

So naturally, I came up with this grand, wheels within wheels masterpiece called Shift, but then I looked at the submission guidelines and it said “must be a mini-series; six issues max” and I was like “crap.” So I downsized Shift, decided to refocus on some of the plotlines, and Home came to be. I’m really happy with how it’s turning out.

AP2HYC: Elysia’s power is that she repairs “code,” which can have a wide variety of effects on people and environments around her. Would you consider yourself a “computer person?”

Black: “Power” may be a bit strong; she’s not a mutant for lack of a better term. I see it more as an ability she happens to have. That phrasing makes sense as you go through the issues.

And yes, I am a computer person; however, I suck at programming. I find that ironic. But I know enough about it to describe what Elysia is seeing with The Code and how she defines her interactions with it.

AP2HYC: Once Elysia arrives in Altaria, there is a big change in aesthetic that draws heavily from the “sword and sorcery” genre. What made you go this route, stylistically?

Black: Well, I wanted to show that this truly was another dimension; it wasn’t just Earth from thousands of years ago. Thus I made an isolated city, monsters we don’t have, and Knights that are familiar yet totally sci-fi.

I wrote a line for Elysia in Home #2 where she goes “This is an oxymoron,” and that sums up Altaria perfectly. This place shouldn’t exist; it doesn’t make sense that it does…and yet it does. And were it not for the Schrief, it would thrive!

The art was very important to me for Home, as I wanted a style different than Guardians, which is very hyper-realistic in a way. I wanted a looser, very fantasy feel, and though we change artists for issue #3 [of Home], we definitely have that.

AP2HYC: Will we be meeting a “big bad” in issue #3, of do the Schrief have a leader that we do not yet know about?

Black: I don’t want to go into spoilers, but I will say that a reveal about the Schrief will be given. One that shines new light on the conflict between them and the Knights. It may not be what readers expect, but it will be very cool, in my mind.

It’s actually this reveal that will guide Elysia on a certain path. Whether that’s a good or bad path I won’t say, but it will influence Home #4 for sure.

AP2HYC: By the end of issue #2 we see Elysia don her new gear and become an architect. Without giving too much away, what do you have in store for her in issue #3?

Black: I think what’s key is that in real time, it’s only been a little while since she’s been in Altaria. Maybe a few hours at most by the end of #2. That will come into play in many of the scenes in #3, where we go back to a very personal approach to the story like in Home #1.

There will be  some action, both in flashbacks and in a very key scene, but I will be focusing on characters more in this issue, and Elysia will have to make a very important decision by the end.

AP2HYC: The Knights’ “special attacks” remind me of something out of video games like Golden Axe. Am I far off course in considering that certain video games were a source of inspiration for you during the creation of Home?

Black: Oh yeah! The biggest inspiration is Fire Emblem, one of my favorite video game franchises. They helped inspire both the Knights, and the armor they wear.

The special attacks just kind of came from the genre, as I wanted to show these Knights were anything but typical. You will see more special attacks coming in later issues, and they will be epic and unique just like the Knights themselves.

AP2HYC: Describe the creative process behind an issue of Home.

Black: Well, especially now in the later issues I reflect on what we’ve done, and then I think about the final page and where I want to be in that moment. I knew in Home #1 that the final page would be Elysia in Altaria with the Knights and the Schrief around her. Then in Home #2 I wanted the reveal of the artifact/monolith to show that this may be the reason she’s here.

For #3, I wanted to look at the characters and see how I could show them evolving, while also adding more depth to them. Two of the Knights are a real focus in #3, all the while showing off four new Knights that will round out the group. It’s a balancing act, and that goes into the process of writing.

I even have a friend I trust look over my scripts to tell me if I’ve conveyed my thoughts well. He approved to my delight.

AP2YC: How did you meet the rest of the Home creative team; Dinh Nguyen, Beth Varni and Zakk Saam?

…oh, you want more? Okay (laughs). But seriously, I met all three on the internet. Beth through Facebook, Dinh through Conceptart.org, and Zakk through Twitter. Of the three, I’ve known Zakk the longest and I’ve wanted him to letter a comic of mine for a while, so when I decided to do Home, he was my first choice.

When I was looking for a colorist, Beth saw a post I made through FB (Facebook) and contacted me. Dinh was actually my second inker choice, as my first one had to drop out near the beginning of the first Kickstarter. Thankfully, Dinh stepped up and made the first issue, then the second one.

Beth will be taking over full art duties for likely the remainder of Elysia’s story in Home.

AP2HYC: You’ve been successful in the past with crowd-funded campaigns on Kickstarter. What kinds of rewards can contributors expect to see this time around?

Black: We’ll have the obvious with digital and physical copies of Home. I’ll be having numerous cosplayers helping out, and offering prints. Some of them will even be Home characters! So that’s exciting.

For those who haven’t read Home, they’ll be able to pledge to get digital or physical copies of #1 and #2 so they can catch up. I want this to be as open to newcomers as it is to the veterans of the series.

Then we’ll have special tiers like getting drawn into the comic, getting special art, etc. there will be plenty of low cost rewards that I think people will find appealing, as I want this to be affordable so more people will pledge.

AP2HYC: What are some of your all time favorite comics?

Black: Gosh, that’s hard. I love DC Comics and Marvel, and both have great stories. I love Batman, Green Lantern, Deadpool, Justice League, Avengers. So many great stories, and many of them have inspired me into the writer I am today.

For me, the best stories are ones that are deep in the characters and their motivations. “Battle For the Cowl” from DC Comics will always stand out because of that, as if focused on the three Robins as they tried to assume the mantle of Batman. Other great stories are out there too though. I think as a reader, it’s our job to determine which resonate with us the most and not be swayed by what others think. That’s the approach I have with Home; I want to make a story that people can resonate with and love. But if they don’t, I understand; everyone is different.

The Kickstarter campaign for Home #3 is live starting today! So go ahead and check out some of the rewards and make a donation to this up and coming sci-fi/fantasy title, so we can continue to see more of Elysia and the rest of the Knights of Altaria in future installments!