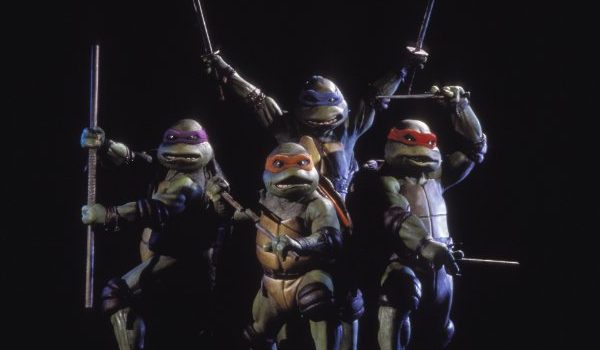 The Teenage Mutant Ninja Turtles are just as popular as they have ever been with their show on Nickelodeon and the release of the second film in their new film series. For a whole generation of fans though we were raised on a series of movies that involved men in suits and puppetry to bring the turtles to life in contrast to CGI of the present films.

While these films are products of their time and have not aged that great they still hold a special place in fan’s hearts and they have some great moments and I would argue the first one is a good movie even without the nostalgia factor, and I should say in full disclosure I also like the second film although nowhere near as much as the first and did not like the third even as a child. Here are the best moments from those original three films. 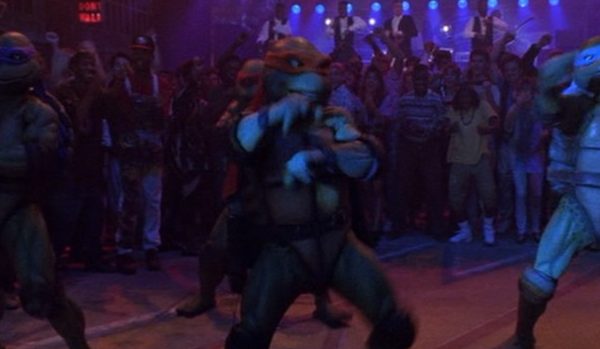 Say the words “Go Ninja Go Ninja Go!” to anybody who grew up in the early 90s and it will probably bring up memories of this scene from Teenage Mutant Ninja Turtles II: The Secret of the Ooze. Yes the song is incredibly cheesy and sung by Vanilla Ice no less but it is the right kind of fun, cheesy that represent the Turtles at the time. I can still listen to this song and be reminded of being a child, loving the turtles, and also memories of my parents, bless them, taking me to see this at a drive in movie theatre. It’s a moment that encapsulates so much of being a kid at that time and is still just a fun song to play. 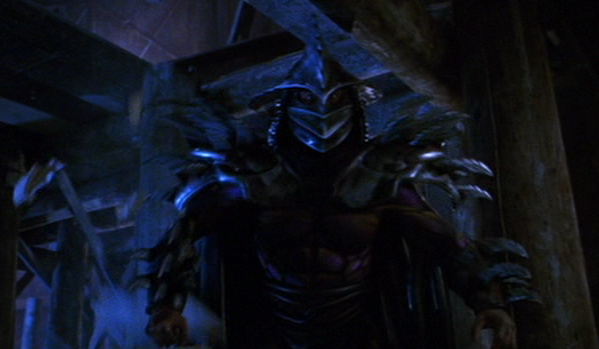 Near the end of the second film Shredder drinks the last vial of the ooze and transforms into the Super Shredder, a towering monstrosity with even more spikes all over his outfit and a wicked new mask and helmet. Not only is the design wicked cool it was legitimately scary to me as a child and I’m sure to some others as well. The idea of him destroying the pier to crush himself and the turtles was also a frightening idea at the time and the way at the end they made you think he was coming back before finally being defeated. It’s just a shame he was only in that one little part but it made a grand impression and I still remember that scene to this day. 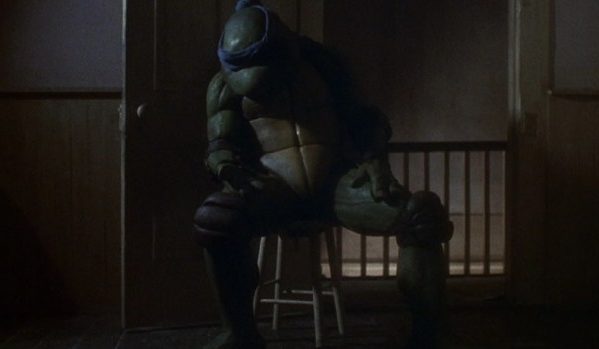 In the original film there is a huge fight with the foot that leaves Raphael in a coma (more on this later).  Afterwards the Turtles, April, and Casey Jones retreat to a farm that April’s family owns to lick their wounds. There we are treated to a montage as April reflects on what has happened and comments on how the characters are dealing with the losses they have gone through. The scene I remember the most vividly from this is Raph in a tub healing while a tired Leo watches over him in a chair in the doorway of the bathroom.

This little scene probably is the greatest representation of how the theme of family plays such a big part in the Ninja Turtles. Raph and Leo are usually always at odds with each other because Raph questions Leo’s leadership but they are still brothers and love each other and will do whatever it takes to keep each other safe. 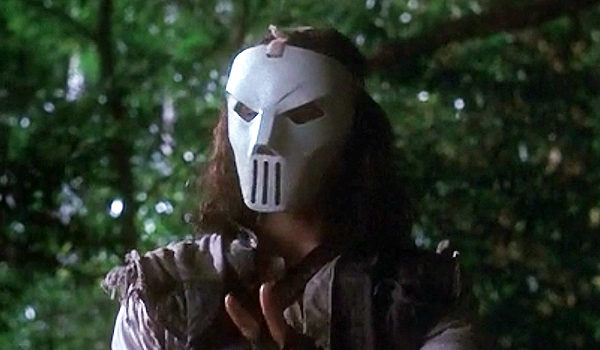 In the original film after going to the movie theater in disguise Raph encounters a vigilante trying to punish some purse snatchers. Raph stops the man and the two thieves get away prompting an encounter between the two. Casey Jones has always been a popular character within the Ninja Turtles franchise and this was the perfect way to introduce him in the film. The banter between the two sets up the friendship that will evolve down the line between the characters, and includes a great but dated Jose Conseco joke. It sets up who Casey is perfectly and also introduces us to someone who will become one of the Turtles’ greatest allies. 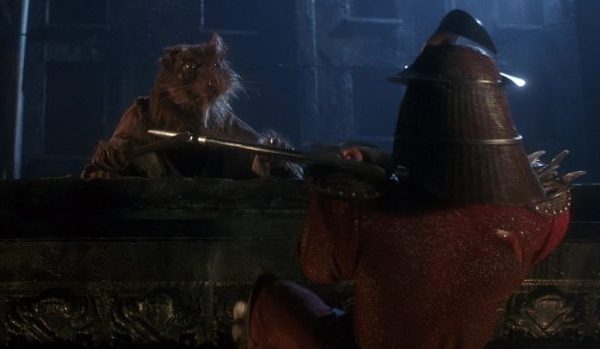 The end of the original film has the Turtles beaten by the Shredder. All looks dire and Shredder is about to kill Leo when luckily Splinter shows up. It leads to a powerful standoff as Splinter reveals he is the pet rat of Shredder’s rival who scared his face when Shredder killed Splinter’s owner. It is an amazing stand-off moment as the two old enemies face off and Shredder lets his rage get the better of him allowing Splinter to beat him and tell Shredder while death comes for all it will be worse for him since he has no honour. This is a pretty dark moment for a children’s movie but it is also a powerful moment that pays off the origin story that was told earlier in the film.

1. Raph’s Defeat and the Apartment fight 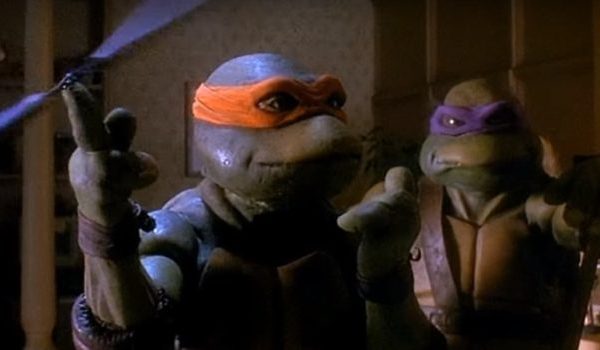 In the original film after being ambushed by a bunch of Foot Soldiers, Raphael is thrown through a skylight into April’s apartment and the rest of the Turtles, April, and Casey Jones have to fight off the foot and later escape after the apartment is lit on fire. I think it is the best action scene in any Turtle movie filled with great little moments, the best being Mikey’s face off with a foot who uses nunchucks like him.

What really makes this scene though is the emotional stakes as the way the fight starts with Raph being unceremoniously dropped gets things off to a heartbreaking start, especially if you are someone like me and Raphael is your favourite Ninja Turtle, and it leaves you wanting them to get Raph out OK but also worried that something equally as bad can happen to the others. This is one amazing fight and one of the most, if not the most, emotionally intense moment in anything Teenage Mutant Ninja Turtles.

What do you think?  What are some of your favourite moments from the original Teenage Mutant Ninja Turtles trilogy?  Sound off in the comments or send us your thoughts on Twitter!