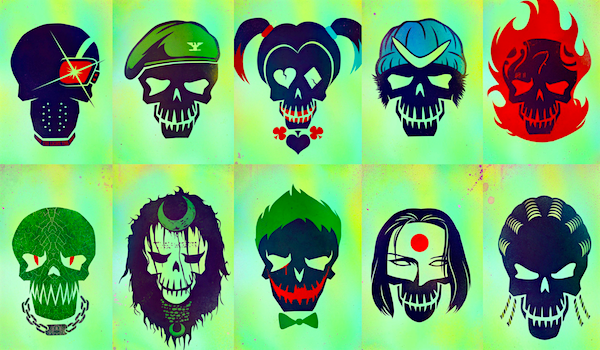 Finally, a DCEU film that didn’t make me feel as though I’d wasted two hours of my life and two Hamiltons from my pocket. While most seem to be universally panning DC’s latest film, I actually found it to be a welcome addition to the universe, due in large part to my dislike of the first movies.

Every complaint that I had after watching Man of Steel, and the more recent Batman v Superman: Dawn of Justice, was nonexistent where Suicide Squad was concerned. Largely because, despite being in the same universe and having a few of the same characters, the monotonous tone of the first two Superman flicks was thrown out the window in favor of genuine humor and a plot that didn’t feel quite so contrived.

While the speed certainly slowed down over the course of the film, the opening sequence leading up to the reveal of the Suicide Squad title card was so quick that it immediately hooked viewers and distinguished itself from its snail-like predecessors.

Ironically, all of the villains of Suicide Squad were roughly 100 times more likable than the heroes that came before them. Though comprised of hitmen, lunatics, and monsters, the Suicide Squad somehow managed to have more heart and genuineness than the Man of Steel and Caped Crusader combined. This, along with the fact that the culmination of the film didn’t leave me saying, “That could have literally been dealt within the first ten minutes, why was this over two hours long,” is the biggest distinction between Suicide Squad and the other films of the DCEU.

The characters were interesting and, more importantly where film is concerned, they were entertaining. 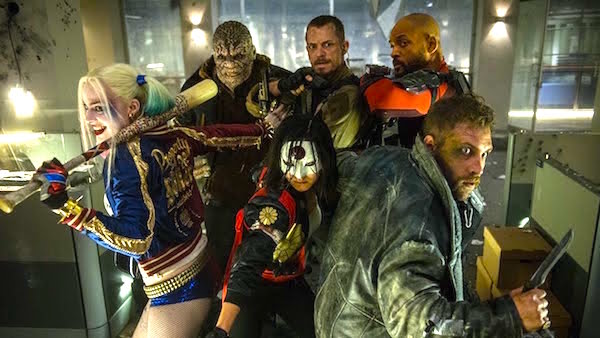 Though, “known to be quite vexing,” Margot Robbie’s Harley Quinn didn’t get under my skin as I feared she might. There is a very fine line where cinematic-crazy is concerned and much of the trailers leading up to Suicide Squad’s premiere made it difficult to tell whether Robbie’s version would really just be a physical representation of overacting. Thankfully, Quinn was everything avid fans were hoping for without crossing into the irksome persona that often comes when actors and actresses are trying to play characters who are certifiable.

Also, it should be noted that this film, though definitely an ensemble, was Harley’s and Deadshot’s through and through. Of the Squad, the two got more screen time than anyone else as well as the most backstory and exposition. And while I personally preferred Quinn to Deadshot (who kind of felt like a replica of Will Smith’s previous Hancock and I, Robot characters) if pressed, I’d say that the latter was the “main character” of the film.

Interestingly, the presence of Jared Leto‘s Joker felt more like an extended cameo than anything else. Though he certainly played a role, it didn’t feel quite as pivotal as the preceding trailers made it seem.

This was actually, in my opinion, one of the more glaring faults of the film. The massiveness of the ensemble cast meant that many of the characters that have been so hyped over the last few months were little more than background noise. At some points it felt as though certain characters were present for the sole purpose of the film being able to say, “Hey, we included this person from the comics too!”

Katana is a perfect example of this. Her inclusion feels greedy, and she barely does anything of note, plot-wise, action-wise, or dialogue-wise. It seems a shame that they took a character drawn so well in Arrow and turned her into little more than a girl with a sword.

I appreciate fan service when it works but at many parts in the film it simply didn’t. (Keep your eyes peeled on one of the original squad members who gets the wrong end of Rick Flagg’s “killer app” quicker than you’d expect).

It’s tough to condense so much into two-ish hours of entertainment and, in the case of Suicide Squad, it was the irrelevance of some of the characters that seemed to take the proverbial bullet for the overarching plot of the film. The large number of characters meant that many weren’t able to be fleshed out as well as they could have been and, while each got their moment, there seemed to be a clear hierarchy that made it evident who the audience was meant to perceive as most important. That coupled with the fact that there seemed to be more exposition and background information than an actual present-day plot made it seem a bit stretched at points.

Though, arguably, the various red herrings that the trailers provided actually aided in keeping the mystery of Suicide Squad. It wasn’t until I was waiting to be seated at the premiere that I realized that, despite having so many trailers, I didn’t actually have any real idea what the plot or story of Suicide Squad would be. And, while said trailers may have misleadingly placed importance on certain characters over others, it seems to me that the decision was wholly intentional and stemmed from the desire to shroud the big picture in mystery.

At the end of the day, Suicide Squad was an enjoyable film. You’ll likely leave the theatre nit-picking all of the obvious issues that inevitably existed but, when you’re finally out of breath, you’ll ultimately conclude that it was a fun, summer blockbuster and an entertaining watch. As is always the case, it probably won’t be for everyone but, if you don’t go in actively seeking to tear it apart, you’ll likely be able to enjoy it for exactly what it is: a mostly humorous, PG-13 movie about super villains. The lightness that so heavily contrasts with the doom and gloom of the Snyder flicks made the movie enjoyable and whatever issues do exist aren’t enough to completely tarnish the movie as a whole.

PS… stick around after the credits. DC went Marvel and gave us an extra little tease…

(Also, this kind of goes without saying: the real star of the film was the soundtrack.)