Home » REVIEW: Nixie and the Forbidden Heroes of the New World 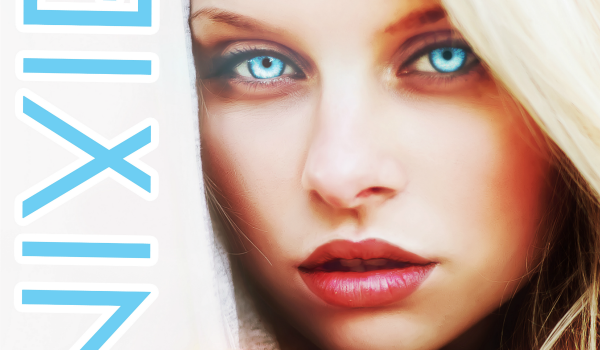 Nixie and the Forbidden Heroes of the New World, by Jedaiah Ramnarine, under the pseudonym Jedi Reach, is a science fiction novel that came out in August 2016. The book starred a young woman named Nixie, set five minutes into the future. She’s a Virtual Reality (VR) coder, who gets thrown into some epic battle between good and evil because of a content creator named Starnova. She gets thrown into the Praetorian Force tests too. While on the front it looks like a simple sci-fi story about VR, it’s about Nixie’s journey of self-discovery and truth about who she’s meant to be.

I liked it well enough. Aside from the Star Trek franchise, Cowboy Bebop, Trigun and a few other sci-fi stories, I’m not too into the sci-fi stuff like other people. But I can appreciate a good sci-fi story.

I liked Nixie and Starnova (real name: Jai) the best. The rest of the characters were not really as important as the two of them and therefore, superfluous. Nixie used to be a selfish rich girl and sometimes that does show in her character, but she definitely changes over the book. Character development in main characters is super important to me. Jai, as the sole love interest, was bland at first but I think he got better once he got over his tough-man routine.

The whole VR thing was neat too. I wish there was more of it in it, though. Another concept I liked was the throwback to the Roman Empire with the Praetorian Force. Praetors were leaders in Rome (check out Heroes of Olympus by Rick Riordan for more information about it). The names of the members of the force were exceptionally sci-fi and cool. The author did not mince words. It was one thing after another and the action and information kept coming.

There were, however, a few things that could have been done better or just left out all-together. For the length of the book being as short as it was, about half way through things started to get insane. I know, for one, when you’re coming up with ideas, it’s hard not to throw everything in. Time travel was not really necessary. Alien stuff could have been mentioned but didn’t seem necessary. I think that if the author just stuck with the VR and the Praetorian Force that had superpowers I would have been okay with it. I just think there was too much for so little of the novel. If it was like twice its length, then totally include it.

Then there were evil scientist Nazis. Nixie’s grandfather was a Nazi and we meet him during the time travel stuff with the alien woman named Astraea. I see why Nazis with alien tech is an interesting plot thread as it is constantly on the History Channel and H2. It’s a nice conspiracy theory. While it was sort of neat the way the author did it, I just think that it’s a tired trope.

Lastly, the bad guy Shadow was a boring bad guy. Honestly, wiping out of all humanity and recreating the world has been done…in almost every anime in the last decade and in the superhero genre. A scene from chapter 30 from the final showdown was this:

“Shadow…” Jai caught his breath, “what are you planning?”

“To bring about the new world.” Shadow responded.”

It’s been done to death. Shadow had no real depth—I think that’s what bothered me most.

Still, Nixie and The Forbidden Heroes of the New World was a nice read — wish there was more of it so that everything didn’t feel crammed in. If there’s a next book, I’d like to see Nixie and the Praetorian Force face a badder bad guy. But if you like VR, time-travel, evil Nazis, and aliens, I would totally recommend the book.