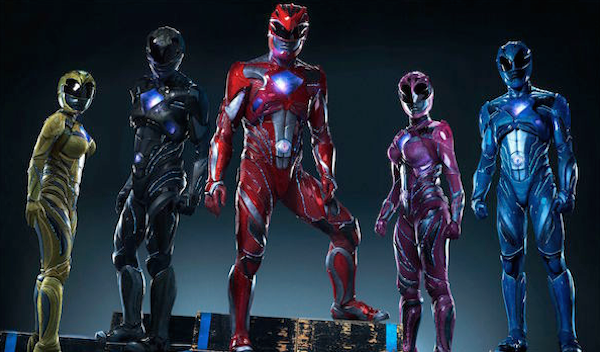 Ever since they first announced a live-action film reboot of Power Rangers, I was worried. On the one hand, the nostalgic part of my brain was squealing with delight to see a revival of one of my childhood memories. On the other, I was (rightfully) worried about how they would handle the franchise. These films based on old hit shows from the 80s and 90s are VERY hit-or-miss. You could have a fun, classic popcorn film like the first Transformers, or you could get a complete train wreck like G.I. Joe. So what’s the verdict for Power Rangers? According to the first teaser, the franchise might be in good hands.

Check out the trailer below

Upon my first viewing, I was thrilled. On the second, I was slightly disappointed. On the third, I was like… “Actually, this could be fantastic.”

If you’re one of the three people on Earth who has never heard of the Power Rangers, it goes like this: bad aliens want to take over the world, good alien wants to save it, good alien recruits teenagers and grants them powers and fighting robots. That’s Power Rangers in a nutshell.

We get a brief glimpse of each Ranger in the trailer. There’s the rebellious yet good-hearted leader, Jason. Then there’s the nerdy, quirky Billy. Then we have Zack who… kinda sits there. Then we have Kimberly and Trini, and I’ll be honest, I couldn’t tell which was which in the certain parts of the trailer. This could partially be because I have the worst facial blindness, but also because I feel like they weren’t fleshed out enough (and to be fair, this is only the first trailer, so we could see a lot more from them in the future). Overall, it was nice to see the rangers, but it would’ve been nice to distinguish them a little more. However, I can confidently say that Dacre Montgomery and RJ Cyler have nailed the roles of Jason and Billy so far.

In the original show, Zordon, a giant floating head in a blue tube, and Alpha 5, his sassy robot sidekick, recruit “five teenagers with attitude” and turn them into the Power Rangers. In the movie, it appears the Rangers will stumble upon a mysterious substance and find their Power Coins, which grants them super powers and, eventually, their ability to morph into their suits. I know what you’re thinking – “Ugh, so it’s just like Chronicle and Fantastic Four“. Yes, there is definitely a similar vibe there. If Josh Trank was involved, I’d have zero hope in this movie. But maybe director Dean Israelite can succeed where Trank failed? Maybe this version of the “heroes stumbling upon a magical substance that grants them their powers” trope will actually be good? After all, the original show’s premise where Zordon just zaps the five random teenagers into the Command Center is pretty cheesy, so I don’t mind the change.

We also get a brief look at the villain: Rita Repulsa, played by Elizabeth Banks. I was on the fence about Banks at first, but the idea quickly grew on me. She’s a very talented actress, and it would be interesting to see her fulfill the role of a villain (has she ever played a villain before? Does Effie Trinket count?). There’s a moment in the trailer where we see Rita hovering over Kimberly/Trini and threatening her. Right away, we know that there’s going to be some personal conflict between Rita and the Rangers, which adds a lot more substance to her one-dimensional counterpart from the show. I’m hoping Rita isn’t just going to be like “I want to destroy the world! Die, die, die!” I want to see some background on her. What’s her motivation?

Note: I also find it interesting how Rita actually uses the term “kill” instead of “destroy” in the trailer. In the show, she only ever said “destroy them!” and the like (I guess because they couldn’t use “kill” due to it being a children’s program). The movie version of Rita straight-up says “I’ve killed Rangers”. Looks like we may be getting a truly evil version of Rita.

The trailer ends just as the Rangers seem to be donning their suits for the first time. We never actually see them in full costume, just like how we never see Zordon, Alpha 5, or the Zords. This is where the disappointment set in. I know it’s just the first teaser, but it would’ve been nice to get even the tiniest glimpse at these parts. We couldn’t even hear the original theme music! I’m hoping we get an Easter Egg in the movie where someone’s ringtone is the original show’s theme song.

Now, the biggest concern I have about this movie so far is that it seems very dark and serious. That’s the problem with a lot of movies nowadays. Dark doesn’t automatically mean good. For a movie based on such a campy premise, it can’t be forced into a dark setting (Fantastic Four – looking at you again). There’s a way to make a mature, modern movie and not have it be super dark. I know a lot of people will give me crap for this, but Marvel has done a fine job at this with a lot of their movies. I thought Captain America: Civil War was simply a fun film that wasn’t super campy or cheesy. Use that as a basis for what Power Rangers should be like.

As the release date gets closer, I’m sure we will definitely get a better look at the individual characters as well as Rita, Zordon, etc. I just hope the marketing department doesn’t make the same mistake as a lot of other films and GIVE AWAY TOO MUCH IN THE TRAILER!

What did you think about the trailer? Does this make you excited for the movie, or are you still hesitant? Or are you sure it’s going to be complete trash? Let us know in the comments or on Twitter!