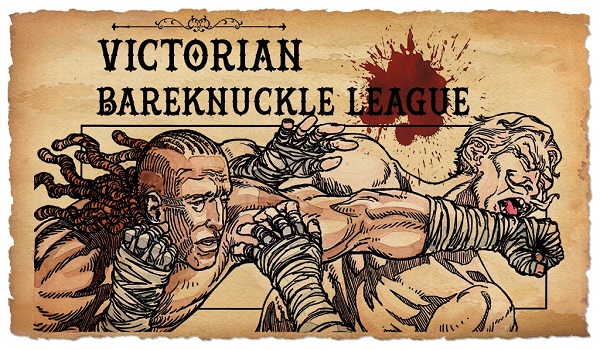 Greetings and salutations friends, and welcome to our preview review of Carl Jackson‘s Victorian Bareknuckle League! This book promises vengeance, glorious bone-cracking combat, and at least a few missing teeth. If you haven’t had the chance to check out our recent interview with Carl Jackson you may do so here (ProTip: bring helmet). So then, let’s get started shall we?

This preview issue is an introduction to one of the main characters of Victorian Bareknuckle League, Millicent Figg. Millicent and her husband Arthur are having a grand olde tyme (see what I did there?) enjoying a fair in Victorian era England, and it is here that we learn of the couple’s economic woes. Unfortunately, Arthur’s meager earnings cannot afford him a ring with which to marry Millicent, so he takes to gambling to supplement his income (note to self: start gambling). 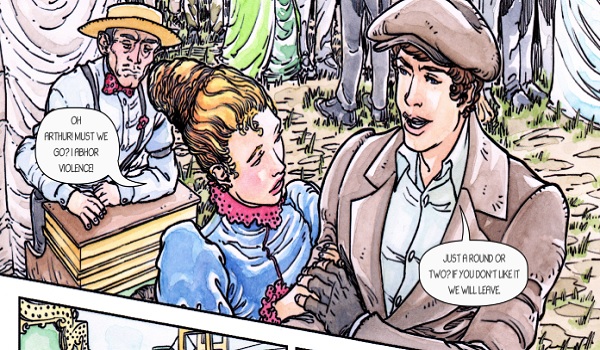 In a somewhat expected turn of events, Arthur’s “sure fire” bet on combatant Whitey Aller turns out to be anything but, and Whitey goes down. Hard. Of course since Arthur can’t afford to pay up, he grabs Millicent and they get the heck out of Victorian Dodge (heh, good one right?). Their attempted escape is short lived however, and an encounter with some ne’er do wells changes the course of Millicent’s life forever (note to self: DON’T gamble).

That’s pretty much it for the story in this preview issue without spoiling the fun, but there’s still plenty to talk about. First, Jackson’s script is elegantly written and perfectly captures the feel of the vernacular of the time. It’s effortless to imagine Millicent and Arthur’s voices as they converse with one another, and that really helps to make the story all the more engaging.

The story itself is sure to be hugely entertaining, especially for comic readers who also happen to be fans of arcade brawlers like Street Fighter. With a varied cast of fighters such as the aforementioned Whitey Aller (think Dudley from Street Fighter III/IV), and a whole slue of other colorful characters, Victorian Bareknuckle League is shaping up to be quite the experience. 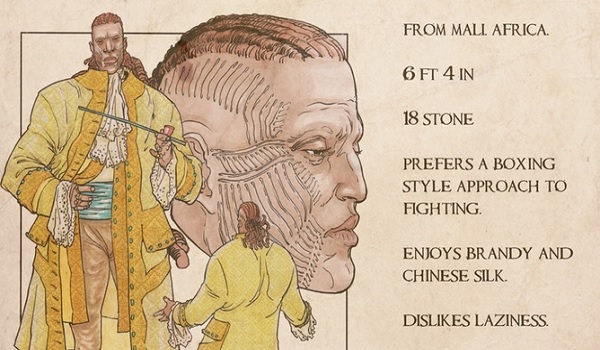 Then there’s the artwork. Oh yes, the artwork. To compliment his script, Jackson has enlisted Jake Bilbao (Marvel, Dynamite) for pencils and inks, and illustrator Pika who breathes gorgeous life into the characters with watercolor and gouache paints. Seriously, the artwork in this book kills. It’s spectacular. Rounding out the team is Maria Sanapo (DC Bombshells…yeah, that’s right) who provides the cover artwork for the book.

Victorian Bareknuckle League certainly has a look and feel all its own, and should provide enough entertainment in the form of an ultra combo right to the gut for anyone who dares to oppose-…ehem…read it. For more information, check out the official Kickstarter and pledge today to receive some sweet, ass-kicking awards. Oh, and the Kickstarter is chock-full of all kinds of awesome stuff like character bios, as well as the entire preview issue, so one could really lose oneself if one were to take a gander. G’head one, take a gander. I did, and I’m awwwlright. ::teeth comedically fall from mouth like piano keys::

Will you be supporting Victorian Bareknuckle League on Kickstarter? What did you think of the preview issue? Let us know in the comments section and on our Twitter page!