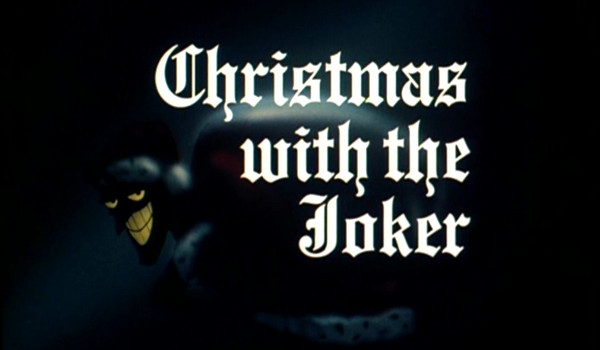 Some Christmas episodes feel like nothing more than obligatory specials to coincide with the holiday and aren’t substantial enough to stack with the other episodes in a given series. Other Christmas episodes find clever ways of using the Christmas season to effectively draw a plot that works within the show’s context and gives its characters clear purpose. Fortunately, Batman: The Animated Series fits into the latter category with “Christmas With The Joker” being one of its absolute best episodes which can be enjoyed any time of the year.

Any fan of Mark Hamill‘s brilliant portrayal of The Clown Prince of Crime should be ecstatic just at the title. This episode is The Joker show quite literally as The Joker, having escaped from Arkham on Christmas Eve, takes over the television waves and airs his own show. Talking directly to the camera in his eccentric, maniacal manner, The Joker threatens Batman by saying if he can’t save Joker’s hostages by midnight they’ll all die. His hostages include Commissioner Gordon, Summer Gleeson, and Harvey Bullock.

It’s a fairly simple, straightforward premise for a Batman story, but the relation to Christmas allows Joker to throw enormous killer Nutcrackers, toy planes, and Christmas puns at Batman. The Joker’s show is mixed throughout the episode as Batman and Robin race against time. The Joker’s audience is a fake stand of a crowd which he brings alive with an “Applause” button. He toys with his hostages and especially provokes Susan upon discovering her mother is aboard a train that is going off a bridge he blew up. It’s all really dark when you consider this is a kids show and a holiday episode. But the episode doesn’t readjust itself to fit holiday cliches. It’s a Batman episode first and foremost that happens to involve a threat taking place on Christmas Eve. Kind of like Die Hard. Which is not a bad thing. 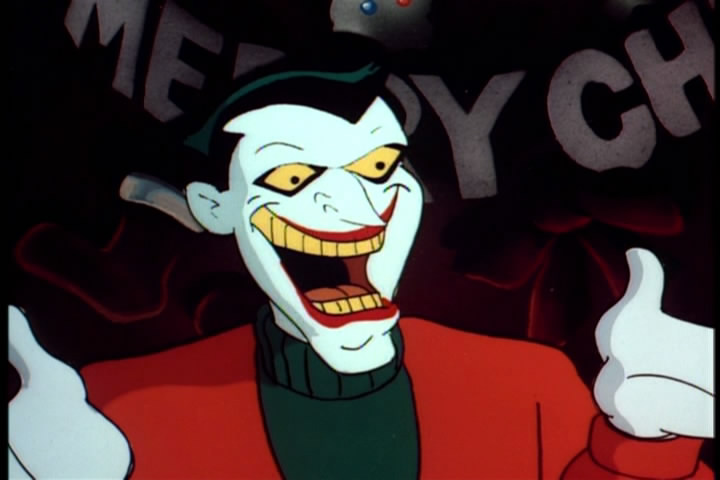 The episode begins with Batman and Robin on patrol on Christmas Eve. Gotham City is quiet save for the last minute hustle of shoppers rushing home. Robin is trying to convince Batman to go home so they can watch It’s a Wonderful Life, a film which Batman, “…could never get past the title.” When they do go home to watch the film, Bruce has almost accepted the notion that he can have a night off. That he can enjoy the holiday the same way everyone else is. But, sure enough, right when the movie is about to begin is when it cuts to The Joker.

The episode ends in a perfectly satisfactory way. They defeat The Joker, throw him back in Arkham, and are able to watch their movie. But, the episode is a reminder that the power of good, much like that of evil, is always at work. Batman’s inability to truly relax is justified with the discovery of The Joker’s plan. The criminals are probably not hosting Christmas dinner with ham and glasses of eggnog. Even when the streets are still and everything seems peaceful, evil is always waiting to lurk. And that evil in the form of The Joker is something of endless amusement.

What do you think of “Christmas with The Joker”? What’s your favourite Christmas episode? Let us know in the comments or on Twitter!