Home » REVIEW: Borough of Churches #2 Brings Characters to the Forefront 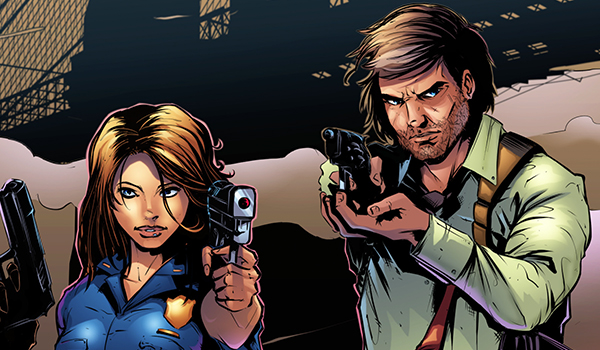 Adam Cheal‘s skills in writing characterisation and dynamic relationships finally get to shine in his second issue of the dark, gritty vampire series Borough of Churches. Continuing where the first issue left off, Borough of Churches #2 gives readers an emotional dive into the life of Charlie Swanson as her world begins to fall apart and her destiny awaits.

After being bitten by a thug on the street while on duty, our potty mouth, badass hero Charlie Swanson continues to have dreams in which she speaks with her descendant Sir Doyle Swan. While it’s still too early for Charlie to understand the context of her strange dreams, a rift between her currently unemployed husband, Brian, begins to form. After a clash that escalates to the mention of their deceased daughter, Charlie heads out on duty with her partner, Jerry. But there never seems to be a dull moment in Swanson’s life as they two respond to a fire call where even more strange and unusual things are discovered.

Overall, this issue is a far improvement from the last installment and Cheal’s writing skills really shine through. The dynamic relationship between characters from tense relationship of Charlie and her husband to her companionship with Jerry, it can only leave readers wanting more. Cheal gives just enough drama to put elements into play but is smart enough not to reveal all the tricks up his sleeve. The bizarre nature of the fire Swanson and Jerry fall upon at the end of the issue gives the readers plenty of mystery and drama as they await for the next installment. Every dynamic that is set up between characters is left at the a cliffhanger with one in particular that puts some characters in danger by the end of the issue. 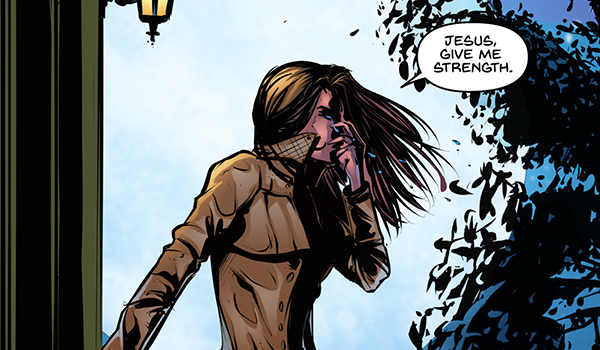 The artwork remains on point as well which only sucks in the readers further into the story. There is no slacking when it comes to Amrit Birdi’s art. Characters come to life through the most minute details of Birdi’s work. Through simple composition, Birdi is able to evoke Charlie’s raw emotion. The house fire sequence towards the end of the issue is beautifully crafted with its colors and overall sense of mystery.

Borough of Churches #2 brings the series to where it needs to be in order to give us a highly entertaining story that just so happens to contain undead vampires. There’s a sense of urgency while reading, a strong sense of wanting to know just what happens next. While the undead vampires give us the blood, gore, action, and violence we were initially craving for, the relationships and human drama prove to be just as interesting, if not, more so than the reason for delving into this story in the first place. It’s because of this simple yet highly effective drama that makes Borough of Churches #2 and whatever is to follow a must read.

Have you read Borough of Churches #2? If so, give us a shout in the comments below or on Twitter!