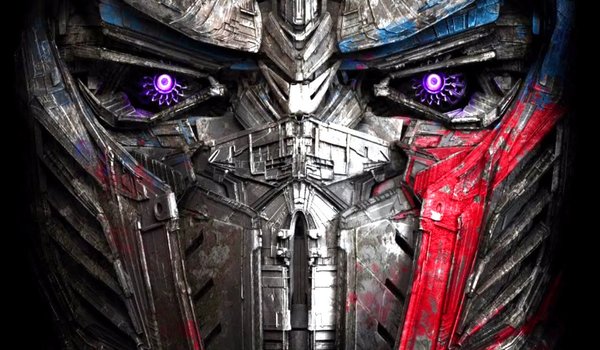 Here we go again. The teaser trailer for the fifth Transformers movie dropped yesterday, and was met with both cheers and complaints. That does come as no surprise considering the reputation of the film franchise and their director Michael Bay, who has promised to make this his final contribution to the series. But what does the trailer for the fifth installment have to offer for us, or will it just be another tease for what has remained a controversial, love-it-or-hate-it franchise?

Well, the trailer immediately makes its story as vague and mysterious as possible. But judging by the sudden wave of plot details posted online, at least we can get a picture of what is to come. A key thing to note is that this film will at last explain why Transformers have had such an influence in Earth’s history, which expands now to both the legends of King Arthur and possibly World War II. The trailer opens with footage of medieval England, a bloodstained sword resembling those held by Optimus Prime and the Knights Templar, aka, the Dinobots in Transformers: Age of Extinction. The fourth film skipped over the finer details of who the Dinobots are but they and Optimus are part of some sort of ancient order, likely linked to the Knights of the Round Table. And we also get to see a cool three-headed dragon Transformer. Either a Dinobot or even a Predacon perhaps?

Anthony Hopkins begins a narration through the first half of the trailer, and instantly makes this trailer’s awesomeness go up a level. Hopkins, doing a very Odin-esque speech, says that without sacrifice there is no victory – interestingly the motto of the Witwicky family. We see war scenes and the first of many explosions. There is apparently an ongoing war between humans and Transformers, judging by the wrecked sports stadium we see in the next scene. However, this appears to be from the Battle of Chicago, judging by the skyline and crashed remains of a gunner ship. A group of children led by Isabela Moner’s character approaches the ship, revealing an injured Transformers inside. Judging by the blue eyes, it is an Autobot.

We know that Moner’s character, creatively named “Izabella”, is an orphan whose parents died in Chicago and she now lives in the company of a malfunctioning Transformer called Sqweeks, who can transform into a moped. Hopkins’ speech continues, showing us Optimus Prime (Peter Cullen) floating adrift in space, frozen and offline. Perhaps his journey to find the Creators ended in failure, or he couldn’t take the coldness of space. Things start to get particularly interesting – Hopkins’ character Sir Edmund Burton, described as a university professor who studies Cybertronian history, is seen with a certain round table and examining artefacts; and he vocally teases the audience with answers as to why the Transformers keep coming to Earth.

Mark Walberg‘s character Cade Yeager, now sporting long hair and wearing leather, as required for all characters on the run, seems to be hiding out with the Autobots. His daughter Tessa and her boyfriend are in hiding according to the press, and the Autobots are being hunted by a mercenary group called the Transformers Resistance Force, led by Santiago Cabrera. Josh Duhamel and Tyrese Gibson will reprising their roles as Lennox and Epps from the original trilogy, but there is no description to whose side they are on, though Lennox is later seen running around with Cade, and even speaking to Megatron of all people. Yes, don’t worry, old buckethead is still around, his design now more like his traditional one, complete with the arm cannon at long last.

Perhaps the most compelling imagery of the trailer, apart from Optimus beating up Bumblebee, is the giant planet-like thing approaching the Moon. A lot of viewers instantly assume this is Unicron, but further examination reveals it may actually be Cybertron judging by the beehive-like design that it has, also used in the third film. In more versions of Transformers, Cybertron is in fact the body of Primus, creator of the Transformers race. However, they may be going an alternate route, having it being another creation of the alien Creators. The press say the origins and mythology of the Transformers will be properly explored in The Last Knight’s opening scenes, so it would be nice to cement some weight to this whole messy story.

Another eye-catching image has Bumblebee attacking what looks like a mech walker straight out of Robocop. It is either a Decepticon weapon or a human drone, since Bumblebee blows it up without a care, since so far, only Optimus has taken the life of a human. The remainder of the trailer shows lots of running around and explosions, before settling on Optimus Prime. In the final shots of the trailer, Bumblebee charges Optimus, who slams him into the ground and then utters “Forgive me.” As the teaser poster implies, Optimus may take a walk on a dark side. As theorised, Optimus will likely get captured by the Creators and brainwashed, judging by his purple eyes which are the signature of those powered by Dark Energon, the blood of Unicron. However, Optimus might be aware of his actions judging by his ask for forgiveness.

It has also come to light that Optimus is both questioning his leadership, and the producers have stated a certain character may not appear in future sequels. And, well, there is that Bumblebee spin-off coming next year. Oh, and Hot Rod is being introduced in The Last Knight. The potential line of succession is being drawn out, and a minor hint at the expansive universe to come. But, the trailer does not really explain how the Transformers are tied in to Arthurian legends. Hopefully, it will be a bit more trivial than just influencing the Knights of the Round Table or vice versa. Most likely, there will be a connection to Cybertron or the Creators. Personally, I think it would either be the Star Saber or possibly the Omega Keys, which can reboot Cybertron’s systems.

There is also the controversy stirred up during the filming of the film – the house of Winston Churchill was decorated to resemble a Nazi stronghold. First off of all, whose crazy idea was that? Secondly, whose crazy idea was that? Naturally, the more conservative and tabloid newspapers screamed in anger, and there is some obvious irony in using Churchill’s house as a Nazi set. However, despite accusations of Michael Bay being a racist, that has never been proved. Why else would he cast numerous ethnic actors in his films? And let’s not forget his inescapable love of showing off the army and their vehicles, and the good parts of human history, like his beautifully shot representation of the Apollo 11 moon landings. I suspect he shall be able to honour Churchill’s legacy.

What are your thoughts on the trailer for Transformers: The Last Knight? Was it good or bad? Leave a comment below or on our Twitter feed.